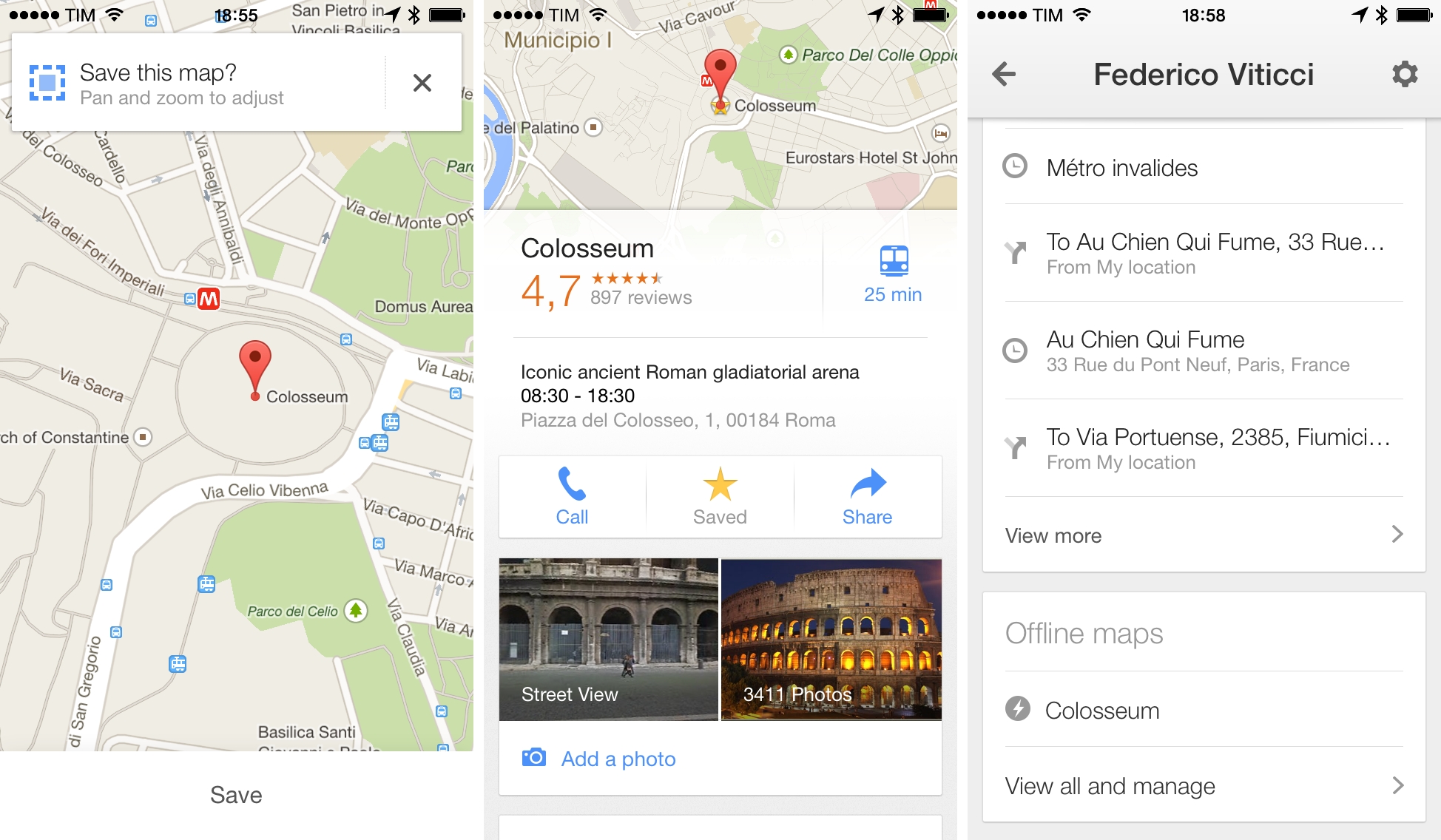 In a major update released today and detailed on the official Maps blog, Google has announced a variety of new features for Google Maps for iOS, available for iPhone and iPad.

For users in the United States and “parts of Canada and Japan”, Google has added lane guidance, a turn-by-turn navigation feature that allows the app to show the lane to stay in or move to; lane guidance is often found on dedicated GPS devices, and it should enable Google Maps to provide drivers with more precise directions.

Previously available only through a hidden command, Google has added a new offline mode to Maps that lets users easily store multiple areas as offline maps for usage in areas with no cellular or WiFi coverage. In the new version of the app, a new “Save map to use offline” is featured in the detail screen of a location (or dropped pin); offline maps can be given a unique name, and they can be viewed in a new list of the Profile view in the app. When offline, Google Maps will allow to zoom and pan on saved maps, but search and directions won’t be available.

Alongside improvements to public transit directions (which now include total walking time and next scheduled bus or train), Google has also revamped the filter functionality of nearby search results:

With new filters, you can browse through restaurants, bars and hotels by opening hours, rating, price, and more—where available—to find just what you’re looking for, right when you need it.

The other big addition is Uber integration inside the Google Maps app. For users who have the Uber app installed on their devices, Maps will allow to compare their ride with other directions and, through a “Get an Uber” button embedded in the app, it’ll be possible to switch directly to the Uber app with one tap. Notably, Google’s investment arm Google Ventures is an investor in Uber.

Google added other functionalities for iOS users in version 3.0 of the app as well. iPhone and iPad contacts can be accessed directly from the app, and Voice Search (a feature previously available in the Chrome and Search apps for iOS) has been integrated in the app’s search box to look for locations without typing. A scale bar to estimate distances is now visualized on the map, and the process of saving and sharing locations has been refined; recently saved places and searches will be available in a “Places to review” list (requires sign-in).

Version 3.0 of Google Maps for iOS is available on the App Store.