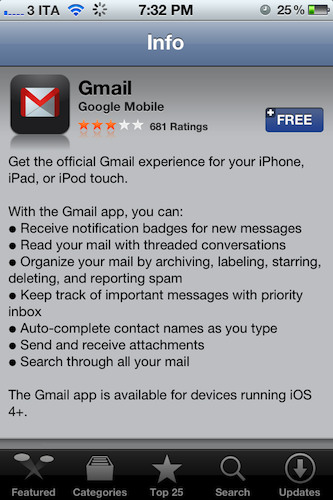 Following an unsuccessful launch on November 2, Google has re-released its official Gmail app for iOS in the App Store, which was pulled due to a bug that affected push notifications. In spite of the criticism received by the app, it appears Google didn’t make any substantial changes, as reported by this version’s changelog:

If you already have the Gmail app 1.0.1 released on 2 Nov, you will need to uninstall or log out of the old app prior to installing the new app.

We’re currently re-testing the Gmail app for iOS and we’ll update this post with more details if necessary. Update: push notifications are now working in this version (as you can see I have a badge on my Home screen), but there are no new features. The app is still web-based as in the first version, with no support for multiple accounts and poor scrolling performances, among other issues. 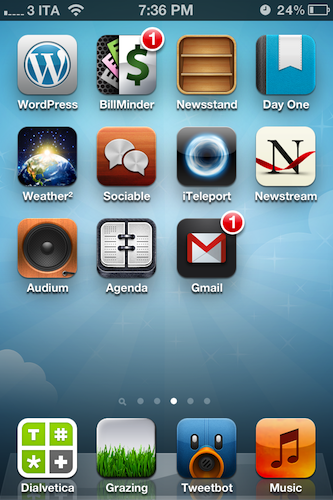 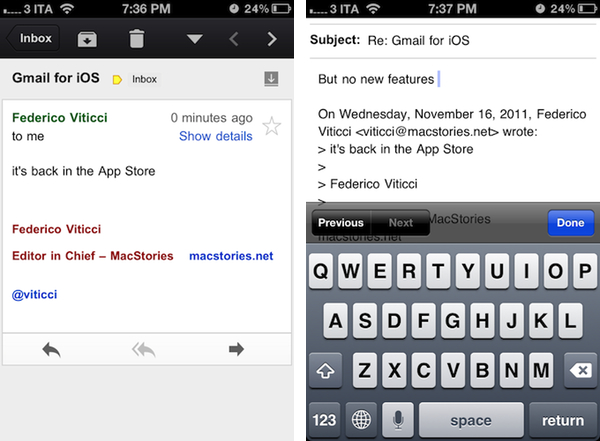