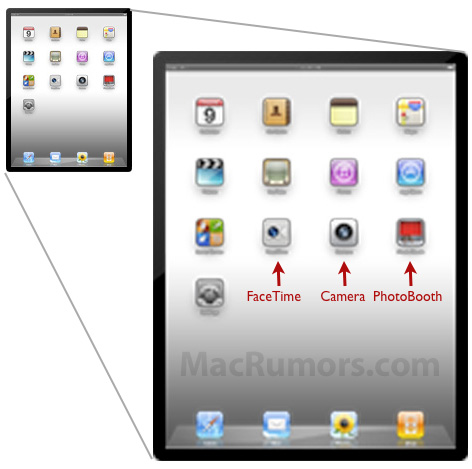 After digging around the 4.3 Beta 2 of iOS for iPad, Mac Rumors has found fairly solid evidence that pretty much confirms not only a camera addition to the iPad but also the addition of a Camera app (obviously), FaceTime and Photo Booth apps.

An image (homeScreenOverlayFaceTime~ipad.png)  used by the iPad in the Setting’s app to preview the wallpaper was found by Mac Rumors to contain three extra icons that do not exist on the image contained in iOS 4.2, those additional icons were those for a FaceTime, Camera and Photo Booth app.