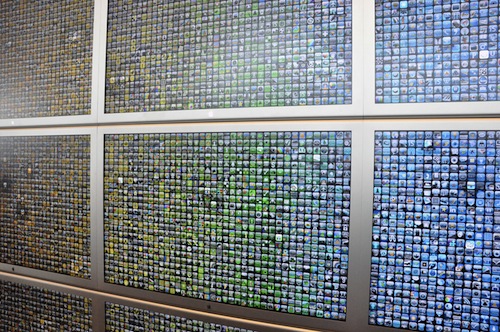 For as much as Apple wants to curate the content of its App Store, it’s becoming increasingly difficult for the app review team at Cupertino to filter apps based on illegal content with no copyrights from the genuine ones. A new report on the BBC points to several apps being sold in the App Store with no consent from the Russian company that has rights on the content of these apps. The apps, in fact, are based on old Russian films like Gentlemen of Fortune, Assa, The Diamond Arm, Kin-dza-dza and Cheburashka.

The films and cartoons, as noted by the BBC, are still protected by copyright. Russian film studio Mosfilm and the Joint State Film Collection confirmed that they didn’t approve the release of those apps in Apple’s App Store:

It is illegal to present our films as applications either in iTunes or on any other internet site. It is permitted only on our own Mosfilm site”, Svetlana Pyleva, Mosfilm’s deputy director-general, said in an interview with bbcrussian.com.

“The only official internet site where you can watch legal Mosfilm content is the Mosfilm site.,” she said. “There are no third parties which we have permitted to use our content.

An Apple spokesperson told the Russian BBC that the company “understands the importance of protecting intellectual property”, so it won’t be a surprise to see the apps pulled soon. After all, this is not an isolated case of apps sold without consent of the original copyright owners: just open the App Store and look for clones of Nintendo’s Super Mario, Angry Birds or other 1980’s hits. The truth is most companies don’t care about the rip-offs, and some file complaints to get the apps removed. Overall, the App Store is a crowded place with more than 350,000 apps and it’s incredibly difficult, if not impossible, for Apple to check on every copyright agreement ahead of the app’s approval. At least it’s fairly easy to contact the iTunes team and claim copyright infringement.