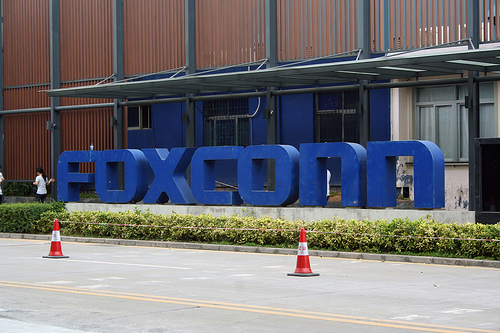 The Wall Street Journal reports Hon Hai has resumed operations at Foxconn’s facility in Chengdu, China, which was hit by an explosion that killed 3 and injured more than 15 workers last month. Soon after the tragedy, both Apple and Foxconn started an investigation to determine the causes of the blast at the facility where iPads are produced on large scale. Reports claimed combustible dust used in the polishing workshops was behind the explosion, though Foxconn hasn’t made the results of its investigation public.

The company didn’t disclose findings of its investigation.

Closing the factory led several analysts to believe the worldwide supply chain could suffer a major impact, with Apple losing 500,000 iPad units. Others suggested Foxconn’s Shenzen factory would pick up all missed production from Chengdu, though it wasn’t clear whether Foxconn shifted the production of some components and devices to other facilities or not. The Chendgu plant was said to account for 30% of all iPad production, though as reported by All Things Digital Ticonderoga Securities analyst Brian White believes production issues may be related to overall supply chain shortages, rather than damages from the explosion itself:

Therefore, the explosion in Chengdu may result in more of an equilibrium situation with certain component vendors, rather than a shortage situation. Netting this all out, we believe the production of iPad 2 will be supply constrained during the June quarter; however, we are not prepared to place the bulk of the blame on the Chengdu operation.

Foxconn’s Chengdu facility was opened last year to shift production away from the main facility in Shenzen, China.

Update: All Things Digital has also posted a full statement from Foxconn on the explosion at the Chengdy facility. The company blames aluminum dust that caused an explosion in a ventilation duct, and says new policies are in place to enhance the safety of the facilities.

Following the tragic explosion in one of the polishing workshops in our Chengdu campus on Friday, May 20, we carried out a detailed and thorough review of all related safety policies and procedures in the polishing workshops of all other Foxconn operations. While the investigation into the tragic explosion that took place at our facility in Chengdu is ongoing, we have addressed the preliminary finding, that the accident was likely due to an explosion of aluminum dust in a ventilation duct, by putting in place improvements in workshop ventilation, a total revamping of the policies and practices related to the disposal of that dust, and through the application of new technologies that will further enhance the safety in these workshops.

Our review and assessment in determining the enhancements covered the areas from the actual polishing work that is done by high-tech robots to the disposal of the aluminum dust that is a by-product of that process. The new measures we are employing in our workshops, which have resumed operation following the review referred to above, are a direct response to our efforts to ensure that we are applying the highest possible safety practices. Should the investigation identify any additional areas where enhancements could be made, we will not hesitate to immediately implement those measures.