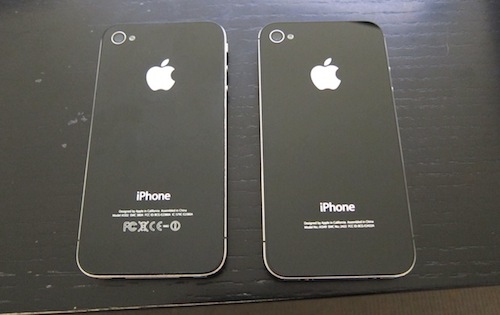 It begins. The usual TechCrunch, Walt Mossberg and Engadget got their Verizon iPhone units and have just posted reviews online. A few interesting quotes about sound and call quality:

Calls on the Verizon unit were mostly crisp and clear, including speakerphone calls and those made over my car’s Bluetooth connection. On my first full day of testing, I did have several Verizon calls that dropped out for a few seconds, before recovering. Apple attributed this to a very minor glitch I’d encountered in my initial setup of the phone and urged me to reboot it. I did and suffered no more momentary dropouts.

This Verizon version of the iPhone 4 seems to have none of the same antenna issues. Try as I might, using the “death grip” and every other grip I can actually do, I can no longer reproduce the same attenuation problem that the previous iPhone 4 model had. I death grip the thing, and no bars drop. More importantly, calls don’t drop and data doesn’t stop. Again, Apple won’t comment, but problem, apparently, solved.

So, does the phone exhibit more favorable behavior in regards to dropped / failed calls? The answer is yes – with a caveat. We had many, many perfectly connected and sustained calls while on the Verizon iPhone (many times during testing we actually had to switch from our AT&T device to the Verizon device just to complete the call). After a couple of days of use, the fear that normally sets in about five minutes into a connected call with an AT&T iPhone all but disappeared, and we found ourselves wanting to have longer talks and not worrying so much about the potential for dropped and interrupted calls.

But on to that caveat. While the phone did connect much more reliably and consistently, it wasn’t impervious to broken connections and sound quality issues. In areas where we had a weak signal, or when moving around, we experienced call interference (our callers noted this as well), and in two instances, we did drop a call when moving from one place to another (clearly an area with less Verizon juice).

So it seems like Antennagate is officially a thing of the past, some dropped calls were experienced, but it depends on your area. No surprise there. It’s just the same iPhone 4 on a different carrier, which means a great device on the network people were waiting for.