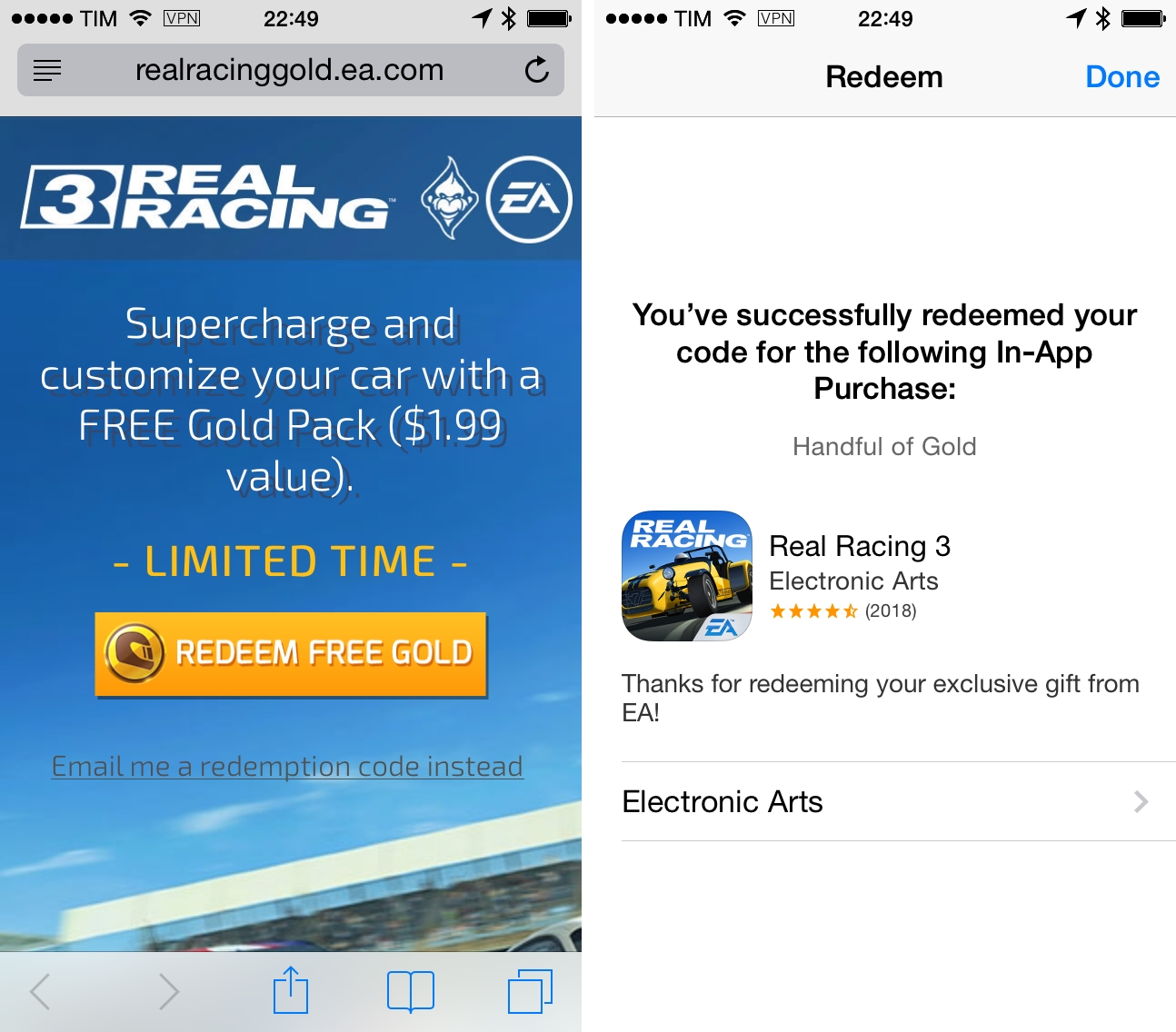 As first noted by 148apps’ Jeff Scott and reported by MacRumors, EA has launched a campaign to redeem promo codes for In-App Purchases on the App Store for Real Racing 3, a racing game for iPhone and iPad. The campaign runs through August 1, 2014, and it lets customers download “free gold” for the game that would otherwise be available at $1.99 on the App Store.

EA’s promotion appears to be limited to the United States and it allows to redeem one code per Apple ID. Upon visiting this website from an iOS device and tapping a Redeem button, the App Store app will open, automatically inserting the promo code for the associated product. As shown in the screenshot above, the App Store confirms the successful redemption of an In-App Purchase; another screenshot tweeted by Scott shows how the App Store informed him that a redeemed In-App Purchase would automatically start the download for Real Racing 3, which didn’t happen in our tests.

It’s unclear whether this is a feature that Apple is testing before a general announcement at WWDC, but a system to redeem promo codes for In-App Purchases on the App Store is clearly in place, as shown in the screenshot above. The rise of freemium apps to the top of the App Store in recent years may have pushed Apple to give developers new tools to market their free apps that come with paid unlockable content, but, at this point, no additional information is available from Apple’s developer site.