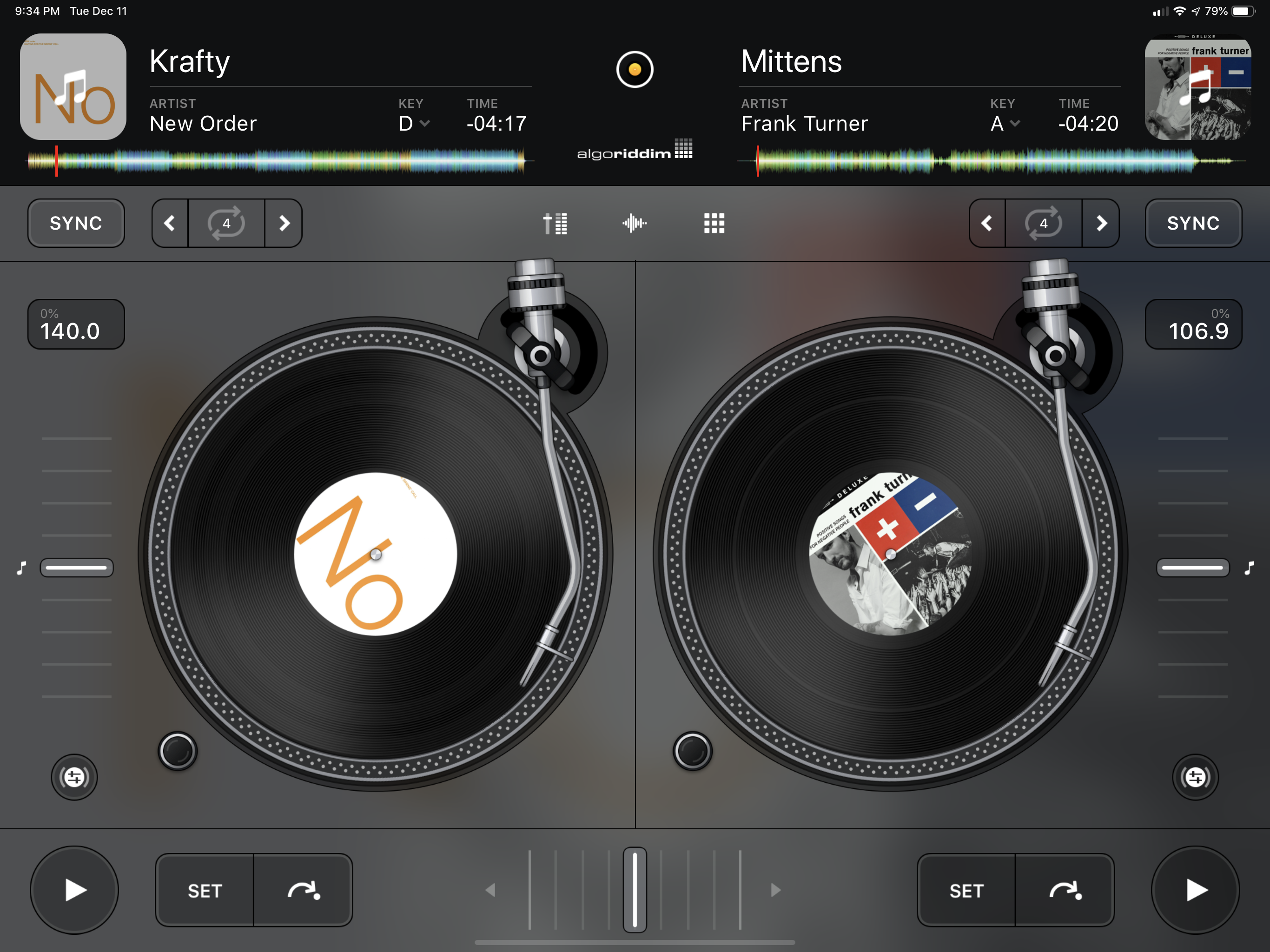 During the October iPad Pro event in Brooklyn, New York, Apple briefly showed off an upcoming version of djay by Algoriddim. Today, djay 3.0 was released on the App Store as a universal app that’s free to download with premium features available as a subscription.

Previously, Algoriddim offered free and paid iPhone apps as well as separate paid iPad apps. Add-ons like audio effects and skins were available separately as In-App Purchases. Algoriddim also offered a video mixing app called vjay. Today’s launch of version 3.0 consolidates all of those apps into one with a simplified pricing model. 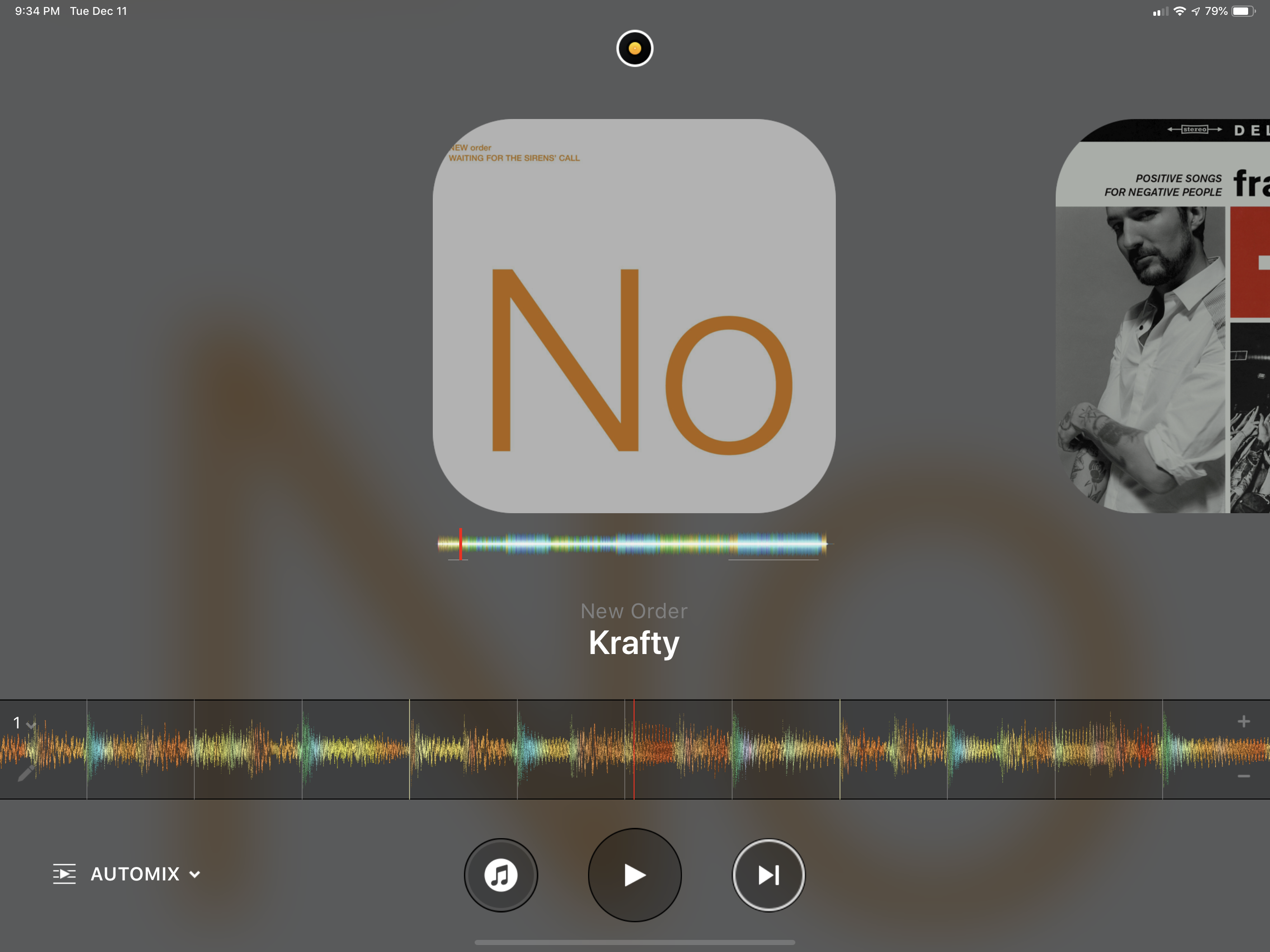 Version 3.0 of djay works across all iOS devices, supports several third-party controllers, and has Ableton Link tempo syncing built in. The free version of the app allows users to mix songs using two onscreen turntables in what Algoriddim calls Classic Mode. A second mode called Automix uses an AI engine to create smooth, beat-matched transitions from one song to the next. Spotify Premium subscribers have its full library of music available for use with djay. Alternatively, DRM-free tracks from Apple Music that have been downloaded locally can be used. Five free audio effects are available too.

A djay Pro subscription extends the app further with a deep catalog of samples, loops, effects, and video content from third parties. The Pro version takes advantage of the iPad Pro’s USB-C port by allowing an external display to serve visualizations while using an iPad and other peripherals to control the music. The Pro version of djay also includes a Looper and Sequencer, support for over 50 MIDI controllers, media library filtering and management tools, drag and drop from Dropbox and Files, and more. 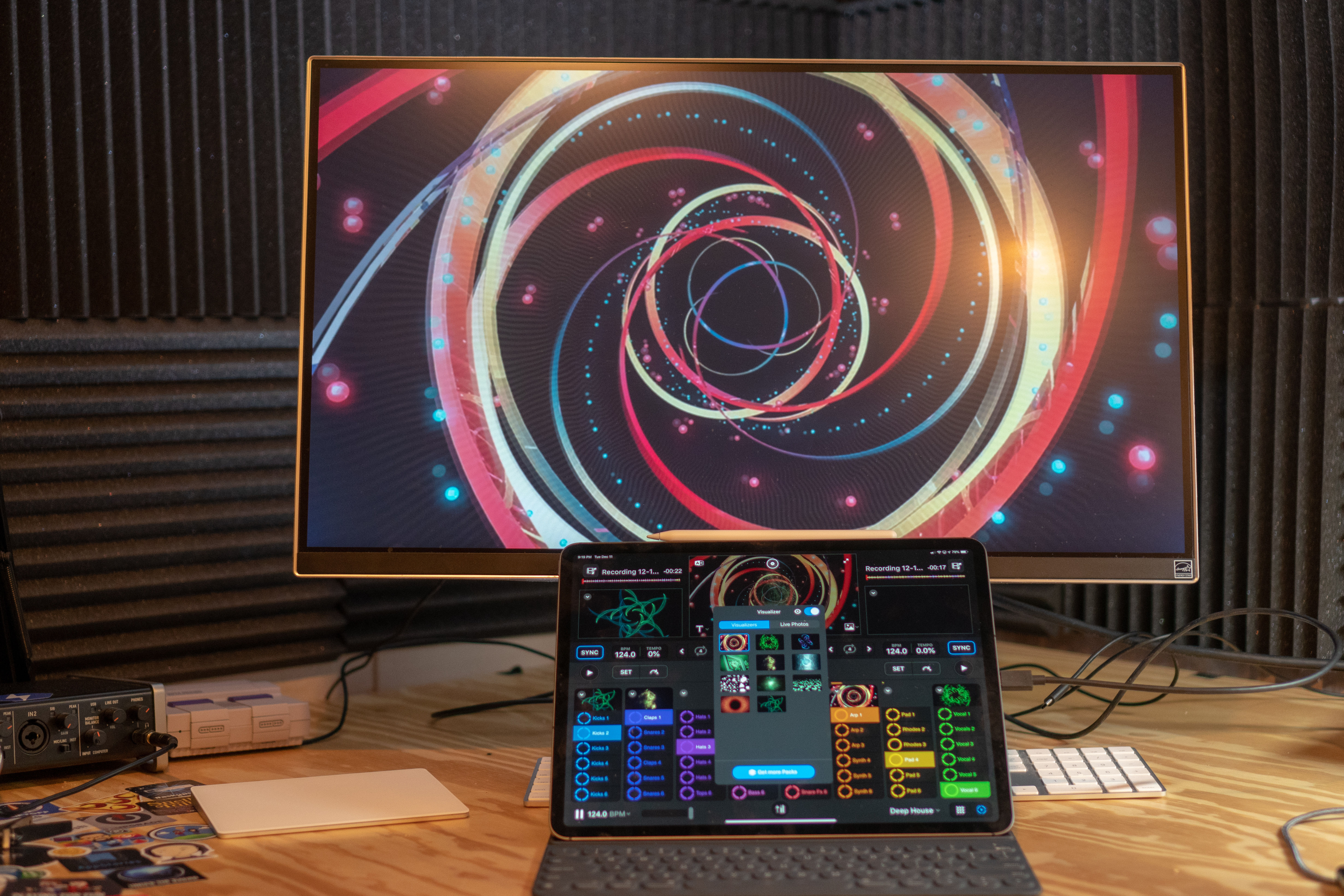 Mixing audio and video loops connected to an external display.

djay is free to download and use in Classic mode. Users can also try the Pro features free for seven days. After that, new users can subscribe for $4.99 per month or $39.99 per year. For existing users, Algoriddim is offering the Pro subscription for $9.99 for the entire first year, which is a substantial discount.

I have only used djay for a short time, and I’m not a DJ, so I can’t say whether this update will meet your needs if you are a DJ. However, I had a lot of fun playing with the loops and visualizations. As someone with no DJ skills to speak of, I had no trouble creating a quick mix of loops that sounded good to my ear.

I also like that Algoriddim has streamlined its app lineup with this release and implemented a subscription model that is easy to understand and makes sense. There are enough free features available for people who want to dabble in the basics, but for someone who DJs for a living or wants to dive deeper into creating custom mixes, the app provides a rich set of features at what strikes me as a reasonable price.

djay is available on the App Store as a free download now.