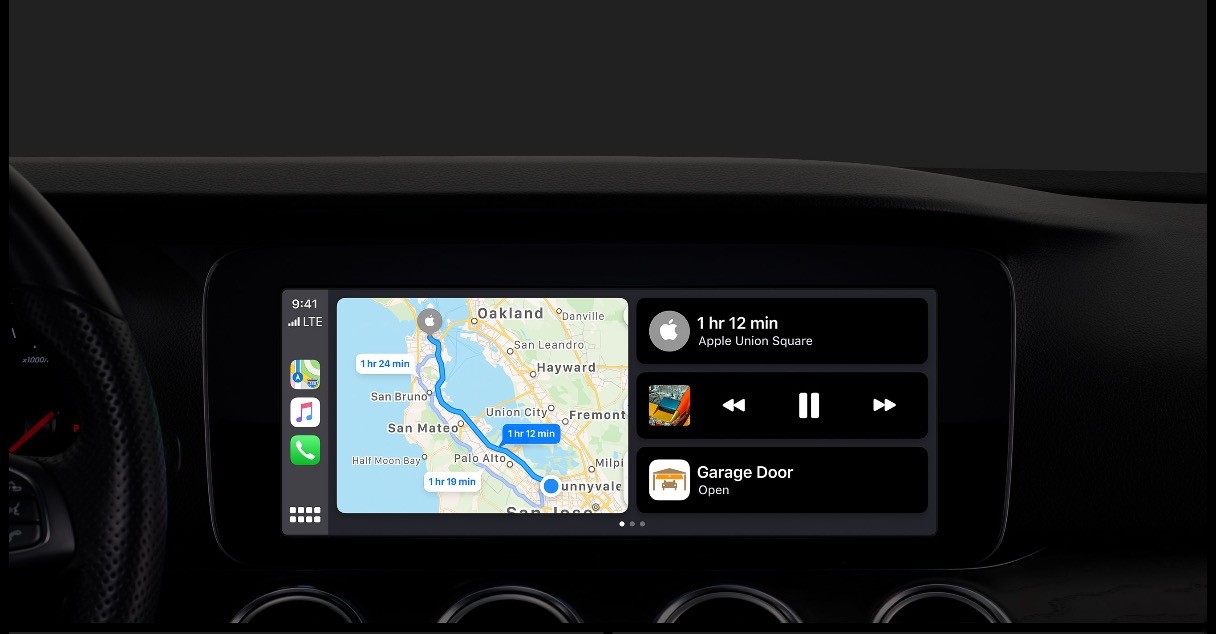 According to Apple, CarPlay is currently available in 90% of all cars manufactured in the US and 75% worldwide, which explains why the company announced what it described as the biggest update to CarPlay since its introduction in 2014.

The update, which will be released in the fall with iOS 13, is dominated by a redesign of CarPlay’s interface. In the current version of CarPlay, only one app is displayed onscreen at a time and using Siri takes over the whole screen. The new UI, which Apple is calling CarPlay Dashboard, allows two apps plus Siri suggestions or the Siri interface to be displayed at one time.

During the demo, Apple showed off Maps side-by-side with Music and a Siri suggestion to open a garage door using a HomeKit shortcut. Although apps can coexist next to each other in the update, the demo also showed apps like Music being used full-screen. When Siri was activated while Music was displayed full-screen, Siri’s familiar stylized sound wave pattern appeared beneath the Music controls and artwork, which is a nice departure from the current system where Siri’s UI takes over the entire display.

In another nice Siri addition, the voice assistant will now work with third-party CarPlay-enabled apps like Waze and Pandora. Currently, Waze has a separate button in the app’s UI to trigger voice control. That makes voice control more difficult and frustrating in third-party apps because they all implement voice control a little differently. In the fall though, developers will be able to update their apps to take advantage of the same in-car Siri hardware buttons as Apple’s apps.

Apps will also be added and updated. Apple previewed a new CarPlay version of the iOS Calendar app, and Music has been redesigned to include album art.

Apple didn’t say whether the update will be backwards compatible with existing car entertainment systems, but because that’s historically been one of CarPlay’s selling points, I expect it will be. A revamped CarPlay was an unexpected surprise yesterday, and although I haven’t had a chance to try it yet, I like what was shown during the demo, especially the ability to keep Maps on the same screen as another app.