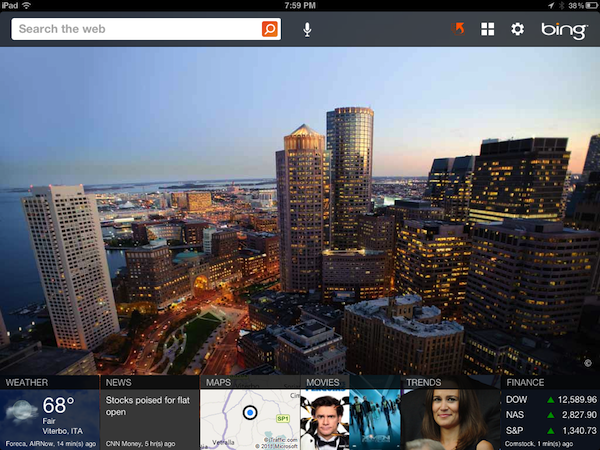 Originally released in April and quickly acclaimed by the press as one of Microsoft’s best examples of innovation in user experience in the past months, the official Bing app for the iPad has managed to capture the attention of both regular Bing users and the blogosphere thanks to its compelling set of features that turned a rather simple activity like searching the web into a visually rich experience that combined local information, images, weather data and search trends to lay out beautiful search results based upon an intuitive interface and fast animations.

Today, Microsoft is announcing the release of Bing for iPad 1.1 which, among some interface optimizations and various bug fixes, brings a new search functionality called Lasso that, according to the company, should allow users to search for any keyword on the web by simply drawing a circle around it. Lasso sounds like a very innovative project and it looks good from Microsoft’s own promo video that you can check out here, but on my two iPads running the stable iOS 4.3.3 and the iOS 5 beta, I could only get it to work a couple of times in all my tests. When it did work, Lasso indeed matched the keyword I marked with a circle with a search result on Bing. As usual, the Bing app for iPad comes with an elegant design that makes it easy to swipe between searches and webpages, or jump to smart results like weather info and movie theater showtimes which, in this version, can be viewed with multiple days and theaters at once. 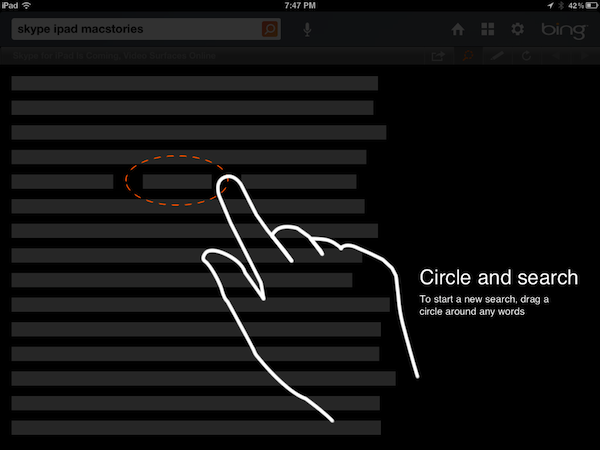 Microsoft writes on its blog:

In this release we made some improvements that you asked for and are excited to introduce a new feature called Lasso. Designed for touch-friendly devices, Lasso is a new way to search with the touch of a finger.

From our research, we know that many searches are inspired by things people see on the web. Today, it can be somewhat painful to search on a tablet when you’re engaged in reading something; just copying and pasting pieces of text from a webpage to a search box can take up to nine steps on the iPad. With Lasso you can circle and search in just two steps.

Microsoft keeps innovating with its Bing apps for iOS and I’m sure the issues I’ve stumbled into when testing the new Lasso capture tool can be easily fixed with an update. You can find the Bing app for iPad on the App Store. Check out more screenshots of the app after the break. 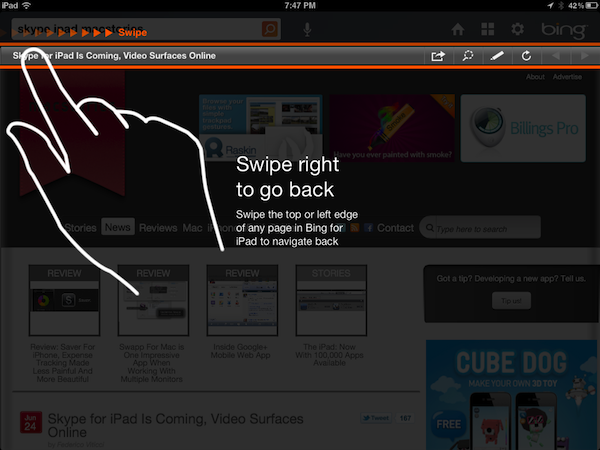 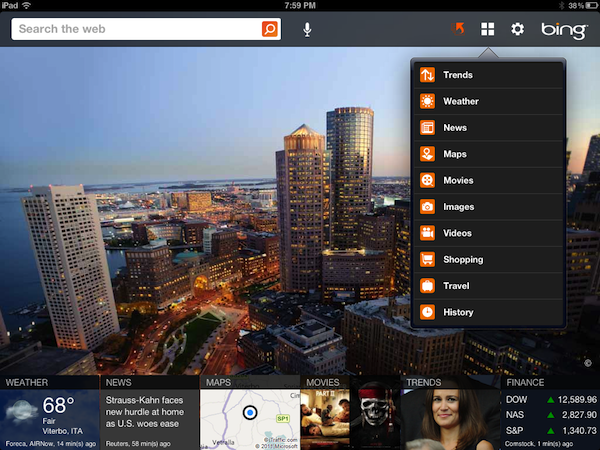