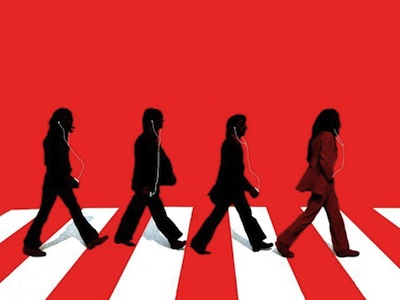 Following Peter Kafka’s comments at All Things Digital about streaming and cloud services not coming to iTunes tomorrow, Billboard now weighs in consolidating the rumors that Apple is going to announce an exclusive deal to bring the Beatles’ library to the iTunes Store:

That’s not fully confirmed, but after a day of phone calls, e-mails and cryptic messages, Billboard.biz is sticking its neck out and saying this is what we’re going to hear tomorrow.

It wouldn’t be the first time that Apple was “on the verge” of announcing a Beatles deal. For years, every music-related announcement coming from Apple carried a hint of maybe “today’s the day.” But this time it’s very likely that it’ll be the case tomorrow morning.

For these (admittedly thin) reasons and others that we can’t yet divulge here, place your bets on a Beatles announcement tomorrow. Now comes the speculation as to what that announcement will entail.

Billboard also speculates Apple will offer some kind of “additional content” to celebrate the launch, like a Beatles-branded iPod, availability of all Beatles movies, an iTunes LP and iPad-specific content.

Steve Jobs surely is a big Beatles fan – but changing the whole Apple.com homepage to announce the Beatles’ albums coming to iTunes? We don’t want to believe this theory. Although all clues are pointing to it.