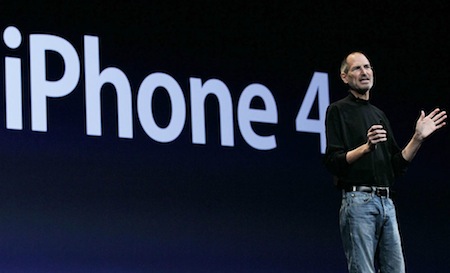 In the past months, a number of reports from different sources have indicated Apple has no plans to introduce a new iPhone at the WWDC event in June, which is going to be software-focused with previews of OS X Lion and iOS 5. The next-generation iPhone – according to many simply called iPhone 5 following the trend set by the iPhone 4 and iPad 2 – is rumored to be unveiled at Apple’s usual September media event – where the company will also release a final version of iOS 5 and roll out its revamped cloud services. Again, according to the rumors, Apple is doing this in order to shift the iPhone’s release date against the much more profitable holiday season, and a September / Fall 2011 release would make sense for such a strategy.

MacRumors reports today an AT&T customer care representative told a reader that Apple didn’t inform the carrier of any new iPhone in June or July, though there will be one in the future. This customer called AT&T to ask about his eligibility date for a subsidized upgrade, which had been pushed back by five months without reason. As MacRumors reports, this is what the AT&T rep told the customer:

Apple has informed us that they do not plan to release the iPhone in the June to July timeframe, though there will be a newer version in the future. Unfortunately, we have not been given a release time for the new phone. We will release this information on our website when it is available to us.

Information coming from customer care representatives is usually unreliable as these people don’t have access to the company’s fully disclosed plans and operations, and they shouldn’t be able to inform customers of alleged plans and future release dates anyway. However, the statement does seem to confirm previous speculation of a new iPhone slated for a Fall release, with no new model this Summer as Apple has just released a white iPhone and a CDMA version before that in February.