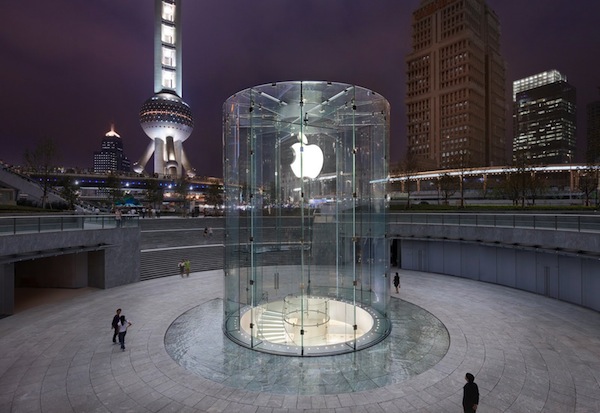 Apple may be planning to open the world’s largest Apple Store in Grand Central, but it looks like the company has some big plans for China, too. The Wall Street Journal reports Apple will open the biggest store in China in Shanghai – in Nanjing Road precisely – as the news has been confirmed by an Apple spokeswoman after an initial report from Beijing Youth Daily.

The Chinese newspaper reported Apple’s Vice President of Retail Ron Johnson said the company is looking for new locations to handle the traffic of Chinese Apple Stores – which apparently are visited by 40,000 people on average every day, four times the U.S. average traffic. Indeed, at the latest earnings call in January Apple confirmed four stores in China reported the highest revenue and highest traffic. Apple is clearly investing a lot of resources in China retail development with a new distributor set to open more than 500 retail stores.

Joining two stores each in Beijing and Shanghai, the Nanjing Road store will be Apple’s fifth in China, where the company has recently ramped up its retail presence. China is the world’s largest mobile market by number of subscribers and the second largest PC market, with more Internet users than any other nation.

Apple has previously said it plans to open 25 stores in China this year, but Mr. Johnson said the plan to open bigger stores may set this schedule back.

The new store is rumored to follow the other location in Shanghai to feature a unique design and experience, and we have no doubts Apple will put their designers and architects to hard work to build another impressive store to accomodate Shanghai’s heavy traffic.