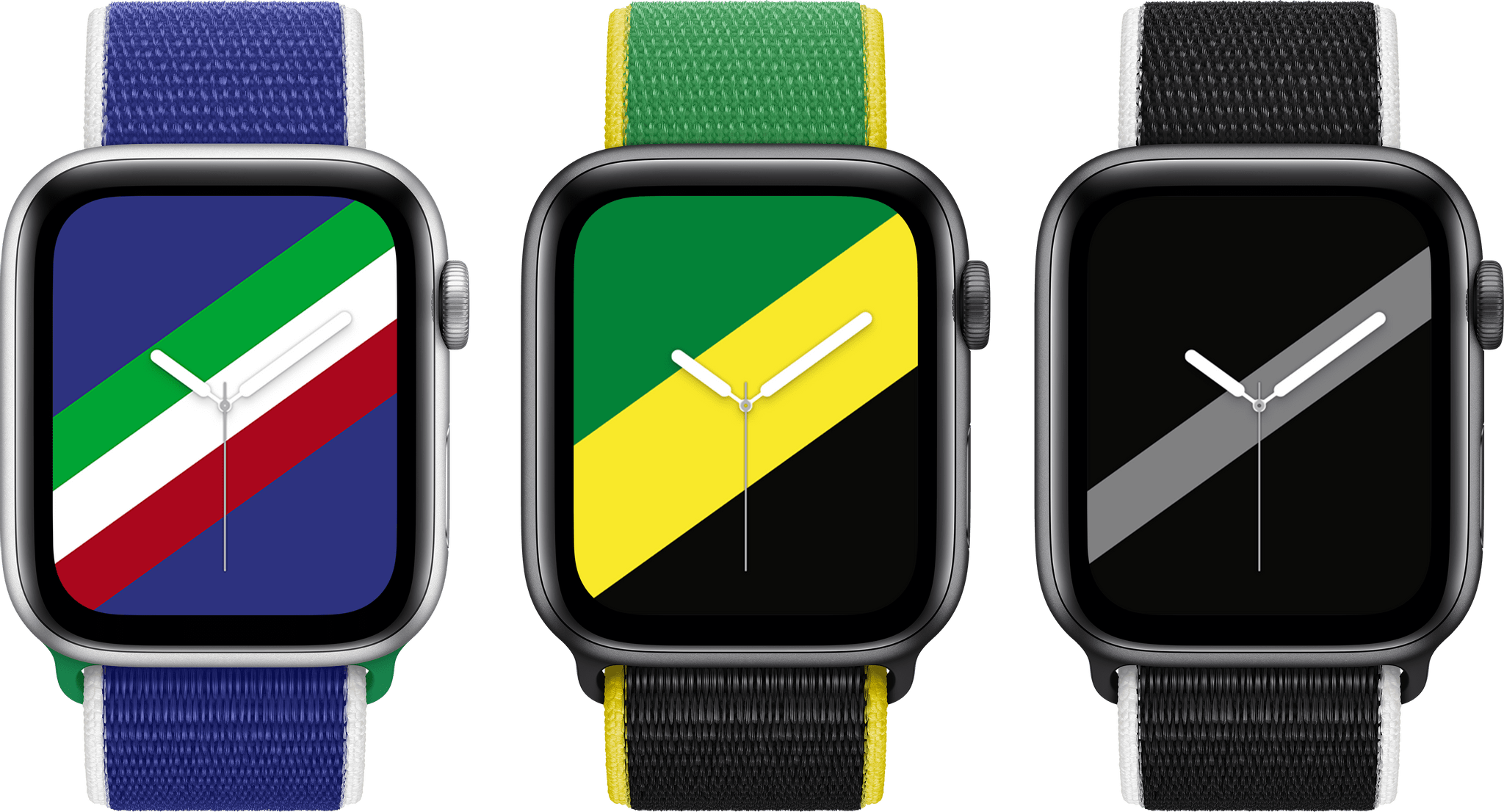 Apple has announced the Apple Watch International Collection comprised of 22 Sports Loop bands and downloadable Stripes watch faces that feature the colors of countries around the world.

According to the company’s press release: With the Olympics having been delayed until this summer, I suspect Apple has been sitting on these Watch band and face designs for a while. There are a lot of terrific color options available, so be sure to check out Apple’s press release or apple.com, to see all 22.