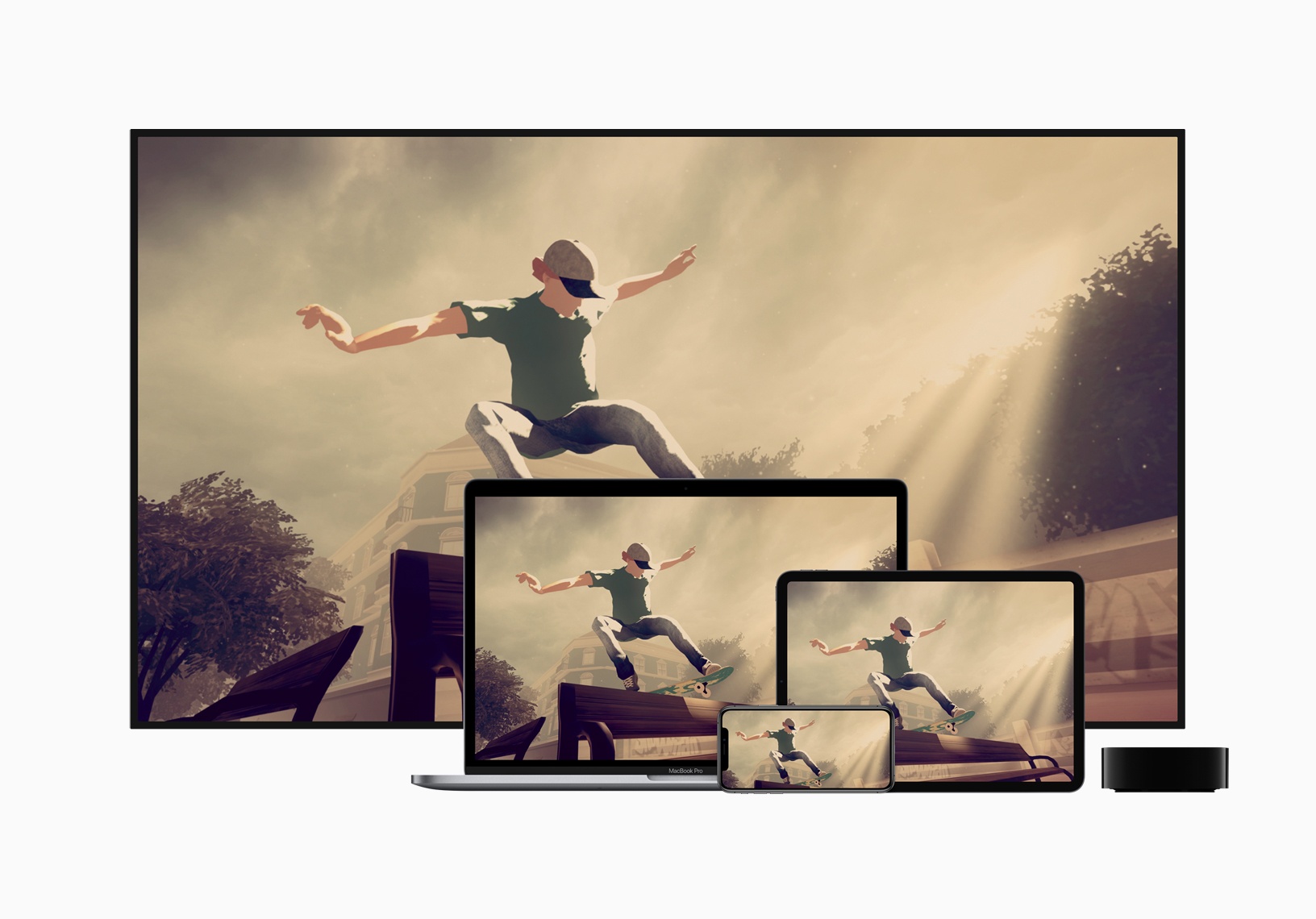 Today, Apple took the wraps off of Apple Arcade, the game subscription service that will bring a curated selection of games to iOS devices, the Apple TV, and Macs. Although the service was originally announced in March, until today, few details were available.

During the keynote event at the Steve Jobs Theater in Cupertino, California, Apple shared new details about Arcade, which will be available beginning September 19th on iOS, September 30th on iPadOS, and in October on macOS Catalina. As promised, Arcade features games with no ads, In-App Purchases, or other add-ons. Instead, for $4.99 per month, subscribers can download any of the games in Arcade’s catalog on their devices from the dedicated Arcade tab in the iOS and Mac App Stores, and a separate pre-installed Arcade app on Apple TVs. Games are available to up to six family members through Apple’s Family Sharing feature, sync progress across devices with iCloud, and do not require an Internet connection to be played.

Phil Schiller had the following to say about Arcade in Apple’s press release:

“We are so excited to launch Apple Arcade on the App Store. A curated selection of over 100 new and exclusive games from many of the most innovative game developers in the world is the perfect complement to the App Store’s existing massive catalog of games,” said Phil Schiller, Apple’s senior vice president of Worldwide Marketing. “We think customers of all ages are going to be delighted that a single subscription gives the whole family unlimited access to the full catalog of amazing Apple Arcade games, all without any ads or additional purchases, while knowing every game must meet Apple’s high privacy standards.”

The new Arcade tab in the App Store will feature personalized game recommendations, game trailers, and editorial content that appears to be similar to what the App Store editorial team has been creating since iOS 11. Apple says:

The catalog will exceed 100 games in the coming weeks as new titles are introduced, with more games to come every month.

As rumored, Arcade will cost $4.99 per month and Apple will offer a one-month free trial.

It’s heartening to see Apple take an interest in promoting high-quality games with artistic value. I’m hopeful that the promise of services revenue will push Apple even further to make its devices first-rate gaming platforms. Helping game developers produce and promote top-notch games for its platforms is a fantastic first step. However, whether Arcade will succeed will depend largely on the undisclosed terms of Apple’s business deals with developers. If that piece of the puzzle works for everyone involved, next I’d like to see Apple address hardware limitations of its devices, especially the Mac, which has difficulty handling anything but the simplest games.