It seems like something’s going on around the “AirPlay button working everywhere” so many people were excited about: specifically, we just noticed Apple removed AirPlay support in the native Youtube app on iOS 4.2 Beta 3. 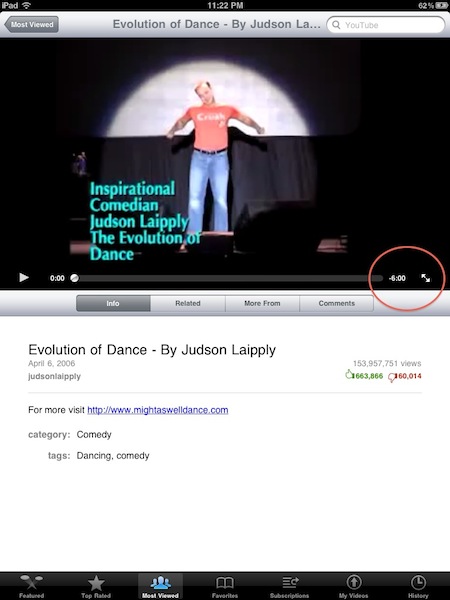 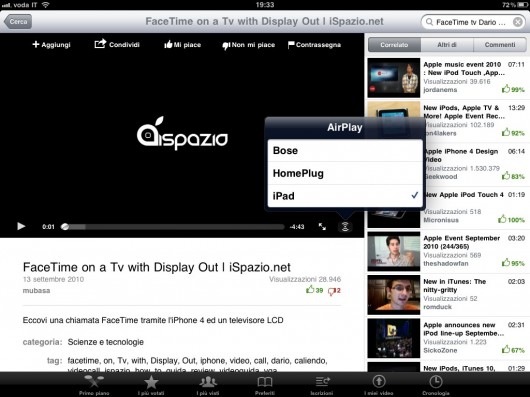 We tested this on our iPad a few minutes ago: the AirPlay button is nowhere to be found in the Youtube app, but it’s there if you open Youtube using Safari. The Youtube  app used to have an AirPlay button in previous 4.2 betas, as reported by iSpazio, 9to5mac and AppAdvice. Apple basically implemented AirPlay in the default media player framework, so any app based on that would be able to automatically support AirPlay without any additional configuration needed.

Update: Some of you suggested that Apple might impose this restriction because they don’t want users to stream video to an audio-only external device, such as an Airport station. Then why would apps like iFiles still be able to stream video to the Airport Express? I’ve personally tested that. For the sake of the argument, it’d make me think that it’s not Apple that doesn’t want Youtube videos to be streamed to an Airport station, but Google. Like I said, we’re just speculating here. Could as well be a simple bug. A rather interesting one, though. 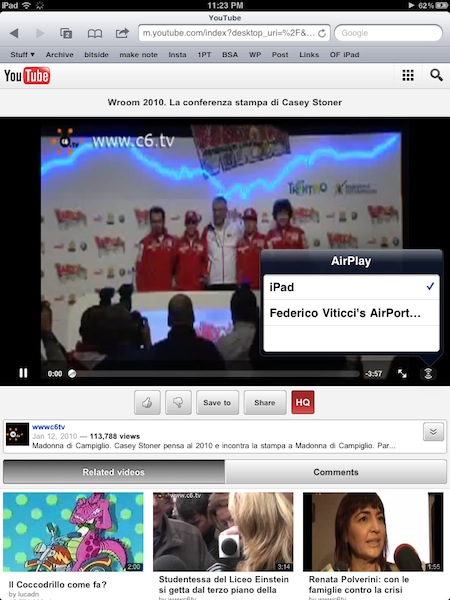 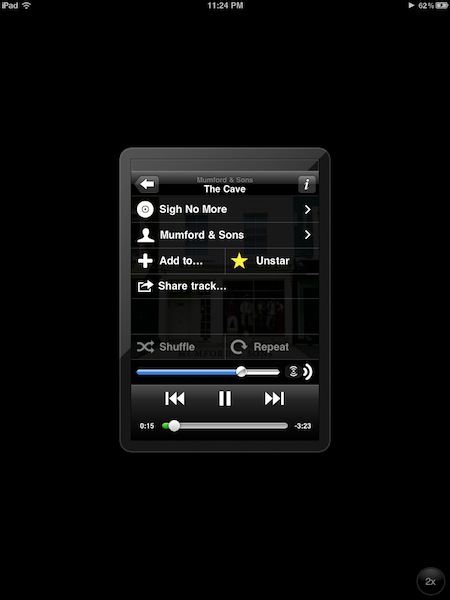