First came iOS 4.3, then Safari 5.0.4 and now Apple just pulled the trigger on Xcode 4. The final release of the new development suite is available for download here.

Xcode 4 is a major new version of Apple’s development suite which sports lots of new features and a new single-windowed UI. The first version of Xcode 4 preview was released during the WWDC in June 2010. It appears that Xcode 4 will also be released for $4.99 in the Mac App Store, according to Apple’s Support Center:

If you are not a member of either the Mac or iOS Developer Program, you may purchase Xcode 4 from the Mac App Store for $4.99. If you are registered as an Apple Developer, you can download Xcode 3 for free at http://developer.apple.com/xcode.

This should be the link for Xcode once it goes live in the Mac App Store (it isn’t available yet). This is an interesting move for Apple, as it’s clearly aimed at people willing to try Xcode 4 without an Apple Developer account. It also marks (once again) Apple’s transition to the Mac App Store as a unified distribution method for software updates. Here’s a great video overview of the Xcode 4 interface.

Xcode 4 provides everything developers need to create great applications for Mac, iPhone, and iPad. Xcode 4 is also available to members of the Mac and iOS Developer Programs from the Apple Developer website.

Xcode 4 has been streamlined to help you write better apps. It has unified user interface design, coding, testing, and debugging all within a single window. The Xcode IDE analyzes the details of your project to identify mistakes in both syntax and logic, it can even help fix your code for you. 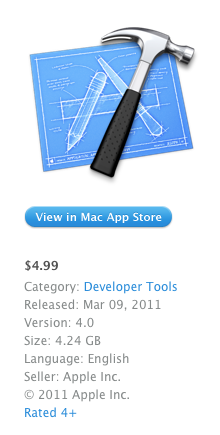 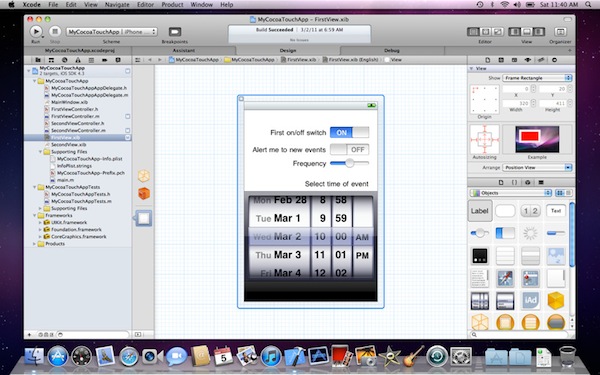