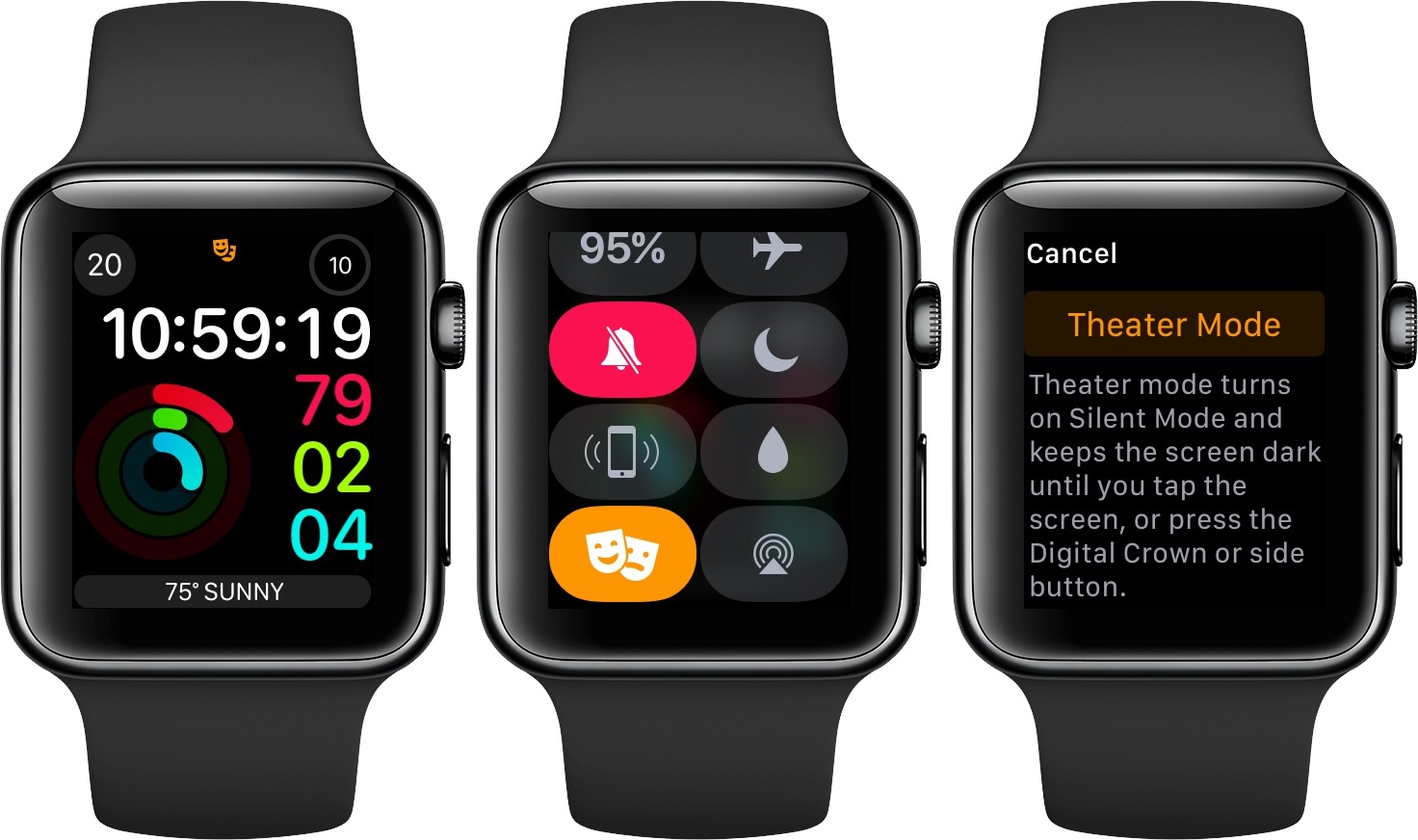 Today, Apple released updates to watchOS and macOS Sierra. The two updates are predominantly maintenance releases, but there are a handful of user-facing highlights between the two.

watchOS 3.2 adds Theater Mode. According to the beta release notes published on Apple’s developer site, Theater Mode lets users mute their Watch and disable raise-to-wake. Theater Mode is accessible by swiping up from the bottom of the Apple Watch’s screen. While the feature is engaged, notifications are silent, but you still receive haptic feedback when a notification is received and can view a notification by pressing the Digital Crown.

The watchOS update also adds SiriKit support for the following types of activities:

SiriKit was originally rolled out as part of iOS 10 last fall.

The primary user-facing change to macOS Sierra 10.12.4 is the addition of Night Shift. As with iOS, Night Shift on the Mac changes the color of your display to reduce blue light, giving your screen a warmer, slightly orange cast.

There are a couple ways to turn on Night Shift on a Mac. One way is to use Siri to toggle the feature on and off. If you want more control over Night Shift though, the feature is available in System Preferences under Displays. Night Shift occupies its own tab in the Displays preference pane, from which you can turn it on and off manually or set a schedule to activate Night Shift automatically. Schedules include the ability to create a custom schedule or turn it on at sunset and off at sunrise. You can also dial in the exact color temperature that Night Shift uses with a slider.

In addition to Night Shift, Siri on the Mac now knows about cricket, including data from the Indian Premier League and International Cricket Council. macOS 10.12.4 also adds supports dictation for Shanghainese, updated PDFKit, which was a source of bugs for third-party PDF apps, and added Touch Bar support to the Mac App Store.