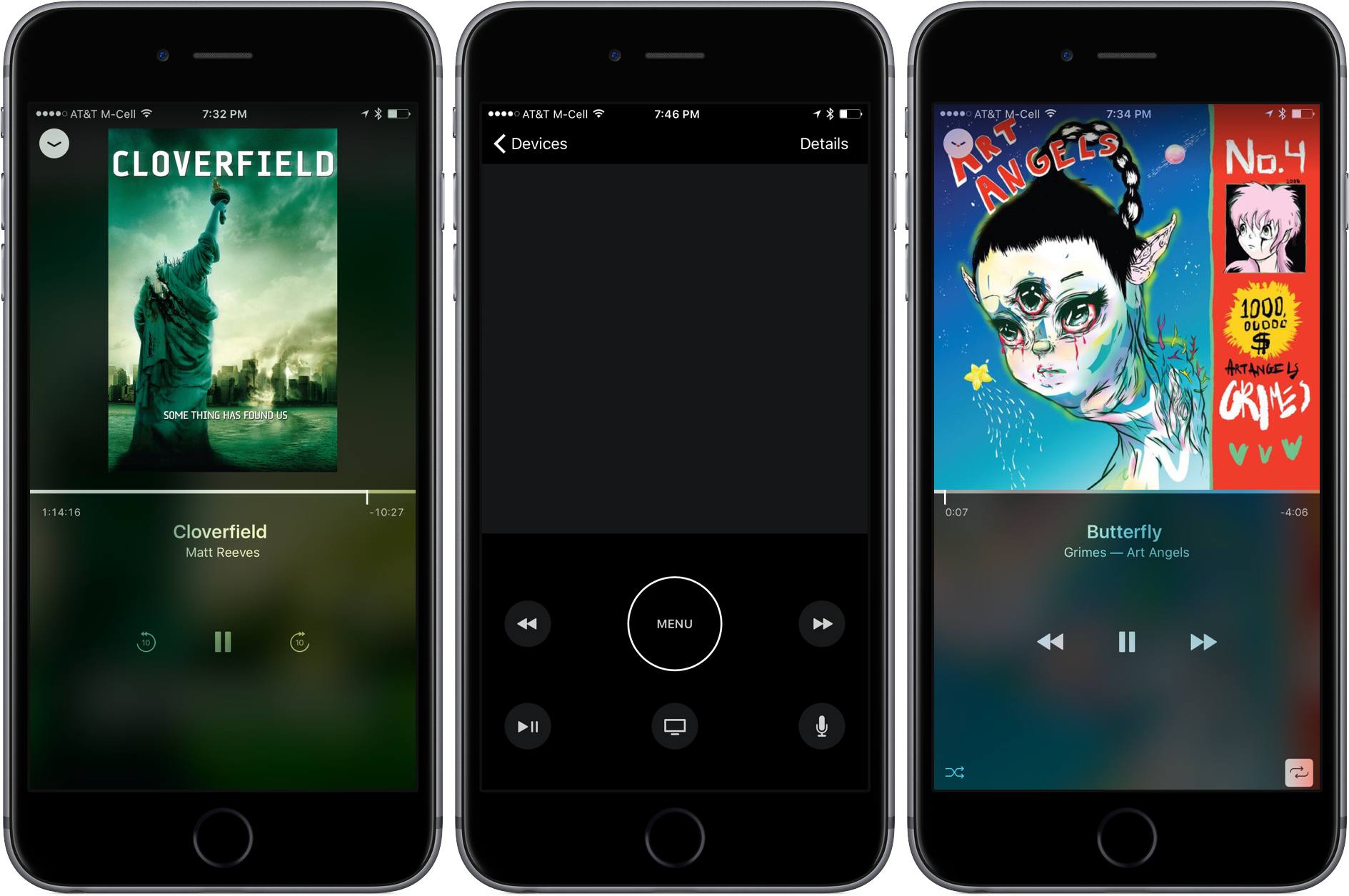 The Apple TV Remote app, which has been available as part of the iOS 10 developer beta since WWDC, is now available to the general public as a free download in the App Store. The app, which is iPhone-only, approximates the look and functionality of the Siri Remote that comes with the latest generation Apple TV, but with some important differences.

The Apple TV Remote app is a brand-new app. The previous app for controlling the Apple TV, called iTunes Remote, remains on the App Store, but warns that it is not optimized for iOS 10 if you open it on a iPhone running the iOS 10 beta. The top two-thirds of the Apple TV Remote’s screen is dominated by a dark grey rectangular area that is the equivalent of the trackpad on the Siri Remote. A large menu button dominates the space below the trackpad, which lets you step back through levels after drilling down into the Apple TV’s interface. To each side of the menu button are buttons that skip to the previous or next track if you are listening to music, and change to ten-second skip ahead and back buttons if you are watching video.

The bottom row includes a play/pause button, a ‘home’ button that takes you to the Apple TV’s grid of app icons from wherever you are, and a Siri button. A ‘Details’ button also appears in the top right corner of the screen when media is playing that opens a detail view that shows what is currently playing along with a timeline scrubber, a play/pause button, forward and reverse buttons, and shuffle and repeat buttons for music. Because the iPhone includes an accelerometer and gyroscope, the Apple TV Remote can also serve as a game controller for Apple TV games.

Aside from the obvious differences between the button layouts of the Siri Remote and the Apple TV Remote app, and lack of dedicated volume buttons in the interface, there are other important differences between the two. As with the predecessor iTunes Remote app, one of the biggest advantages is the ability to type searches, email addresses, and passwords into text fields on the Apple TV using your iPhone’s keyboard instead of the Apple TV’s onscreen keyboard. One thing that I missed from the Siri Remote immediately though, is that you cannot tap on the edges of the trackpad to move the focus from item to item in a grid of icons. It was also disorienting that you cannot activate Siri the way you normally would on your iPhone. Instead, you must issue commands while you hold down the Siri button in the Apple TV Remote app.