Apple just seeded iOS 5 beta 4 to developers. The new build, carrying number 9A5274d, is available now in the Dev Center. iOS 5 beta 3 was seeded to developers on July 11, introducing a series of tweaks to Location Services and several optimizations to the underlying code of the OS, which resulted much snappier and more responsive than previous betas. However, some developers reported that bugs with Notification Center found in iOS 5 beta 1 were still not fixed in beta 3. iOS 5 will ship in the fall, as announced by Apple at WWDC.

We’ll update this story with more information and details as they become available.

Update: it appears this beta can be downloaded from iOS’ new Software Update, as Apple has enabled the OTA update option on devices running beta 3:

Wireless syncing has been enabled for Windows users in beta 4, and Apple also notes the OTA update will require you manually re-sync photos with iTunes.

Update #2: OTA updates are working for some users now. Here’s what it looks like: [thanks, James]

The OTA update is a delta one, meaning it only contains changes to the beta (not the full OS as you would download it from the developer’s site) and it weighs in at around 140 MB for the iPhone 4, instead of the 786 MB seed from developer.apple.com. 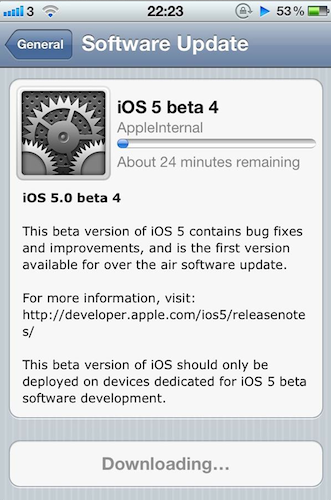 Reader Michael shows us what the OTA update (almost complete) looks like on an iPad: 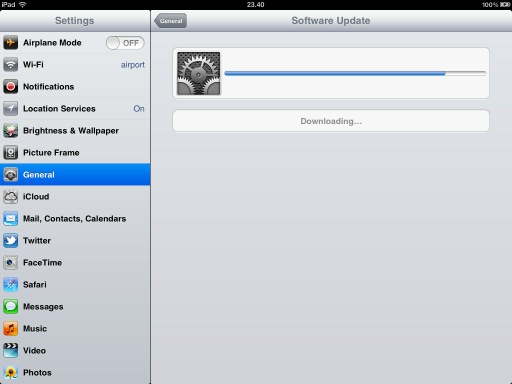 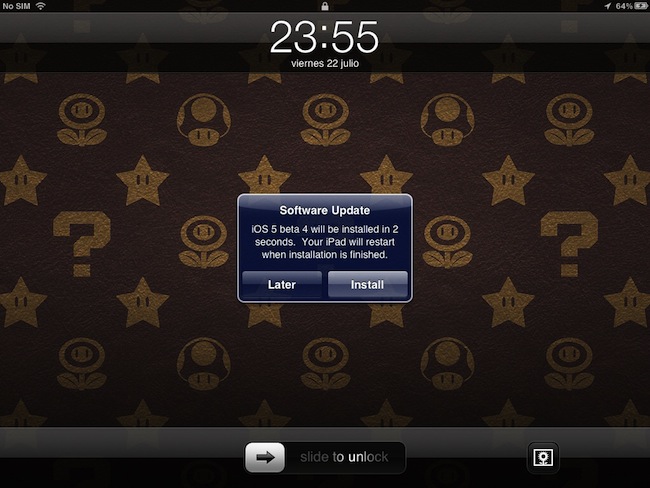 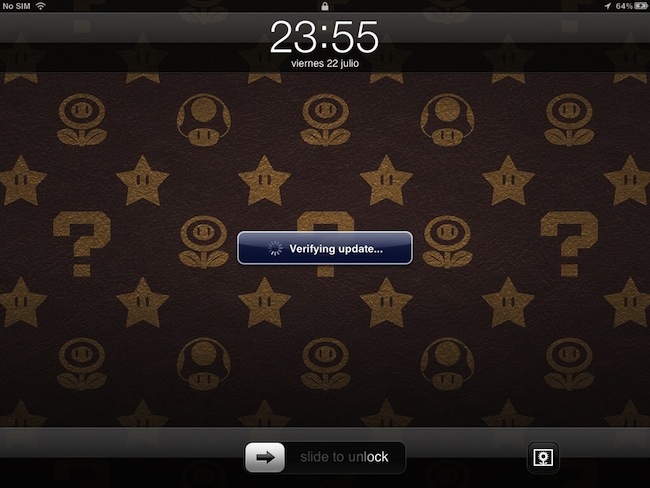 Update #3: 9to5mac points out Apple has enabled documents in the cloud on iOS beta 4. Documents in the cloud is an iCloud feature that will allows apps to store documents and data on Apple’s servers, enabling cross-platform sync with their Mac counterparts (or iOS-to-iOS sync, in the case of universal apps). 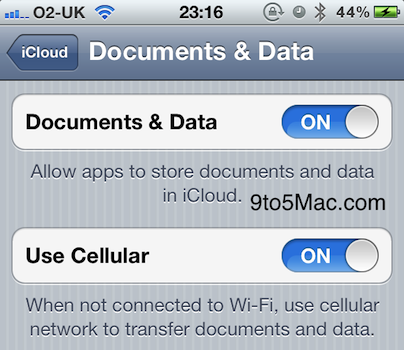 One more screenshot from reader Dave: 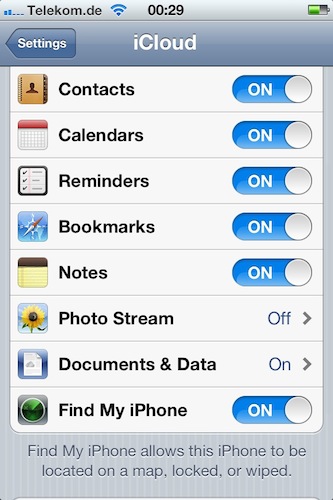