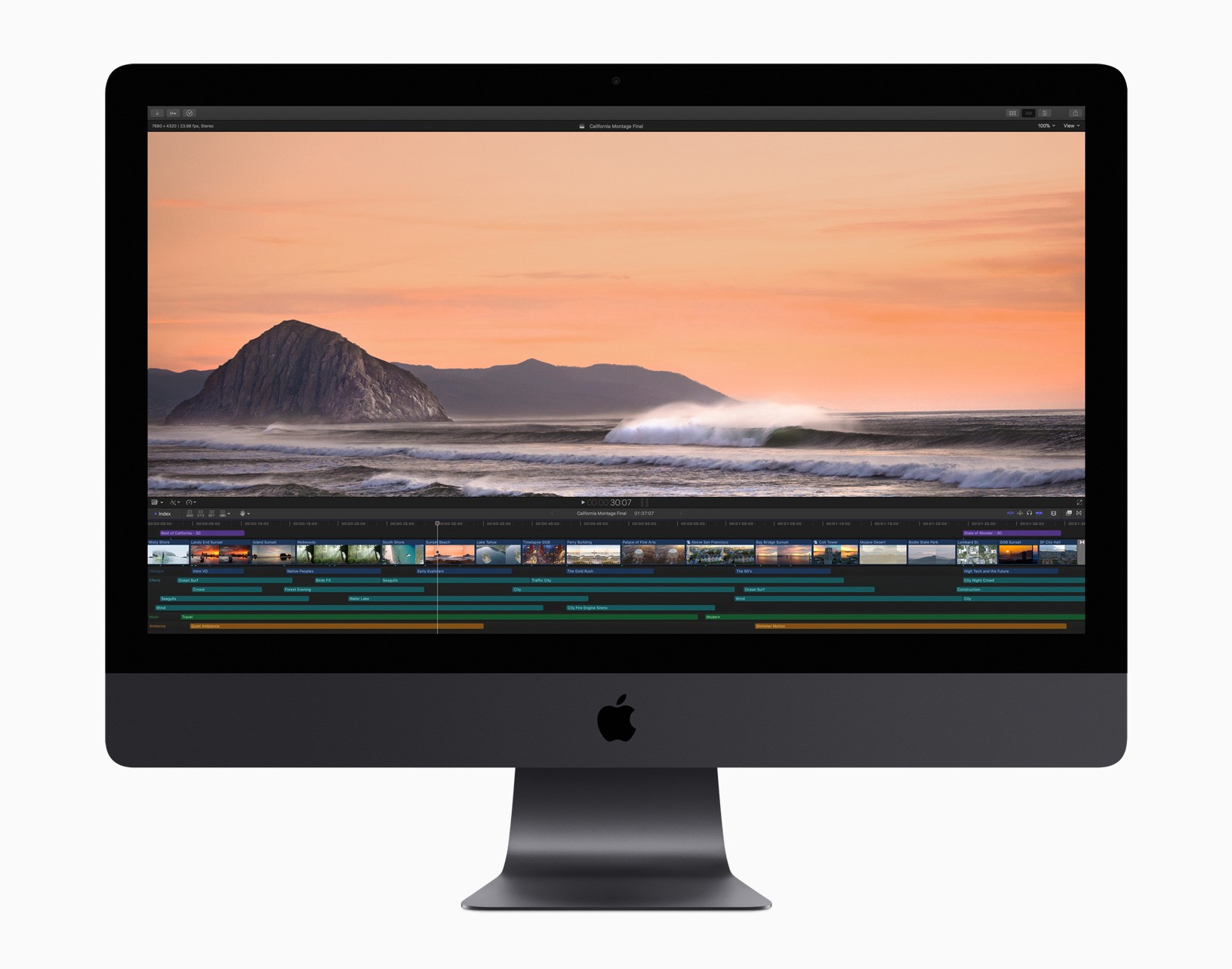 As expected, Apple introduced of the iMac Pro today, and an update to its professional video-editing app, Final Cut Pro X. Companion video-editing apps Motion and Compressor received updates too.

Specifications of the new iMac Pro are in line with what was reported earlier this week. In its press release, Apple provides examples of the kind of performance increases that different professionals can expect:

iMac Pro takes Mac performance to a whole new level, even when compared to our fastest quad-core iMac.

In addition to the update to Final Cut Pro X, Apple has updated Motion, which lets users create 360-degree VR titles and effects that are accessible from Final Cut Pro. Compressor has also been updated to let ‘users deliver 360-degree video with industry-standard spherical metadata.’