Apple has just published their financial results for Q2 2016, which covered the three months from January through March 2016. The company posted revenue of $50.6 billion and earnt a quarterly net profit of $10.5 billion. Through the quarter it sold 10.3 million iPads, 51.2 million iPhones, and 4 million Macs.

“Our team executed extremely well in the face of strong macroeconomic headwinds,” said Tim Cook, Apple’s CEO. “We are very happy with the continued strong growth in revenue from Services, thanks to the incredible strength of the Apple ecosystem and our growing base of over one billion active devices.”

The Company also announced that its Board of Directors has authorized an increase of $50 billion to the Company’s program to return capital to shareholders. Under the expanded program, Apple plans to spend a cumulative total of $250 billion of cash by the end of March 2018.

Apple had previously provided guidance for Q2 2016, expecting revenue to fall between $50 billion and $53 billion.

Apple added a “huge” number of Android switchers and new Mac customers during the quarter.

Apple saw a higher upgrade cycle on the iPhone 6s than the iPhone 5s, but slower acceleration than last year’s iPhone 6 launch.

This quarter’s Services revenue is the highest ever.

App Store revenue is up 35% and Apple Music has crossed 13 million paying customers.

Apple feels “good” about the success of their first subscription service.

Apple expects seasonality of the Apple Watch to be similar to that of the iPod.

Apple expects to see the best “compare” for iPad revenue (revenue compared to previous quarter) in two years during the June quarter.

Apple has made 15 acquisitions in the past four quarters.

According to NPD data, iPad has 78% share of US market for tablets above $200.

Revenue guidance for the next quarter is between $41 and $43 billion. 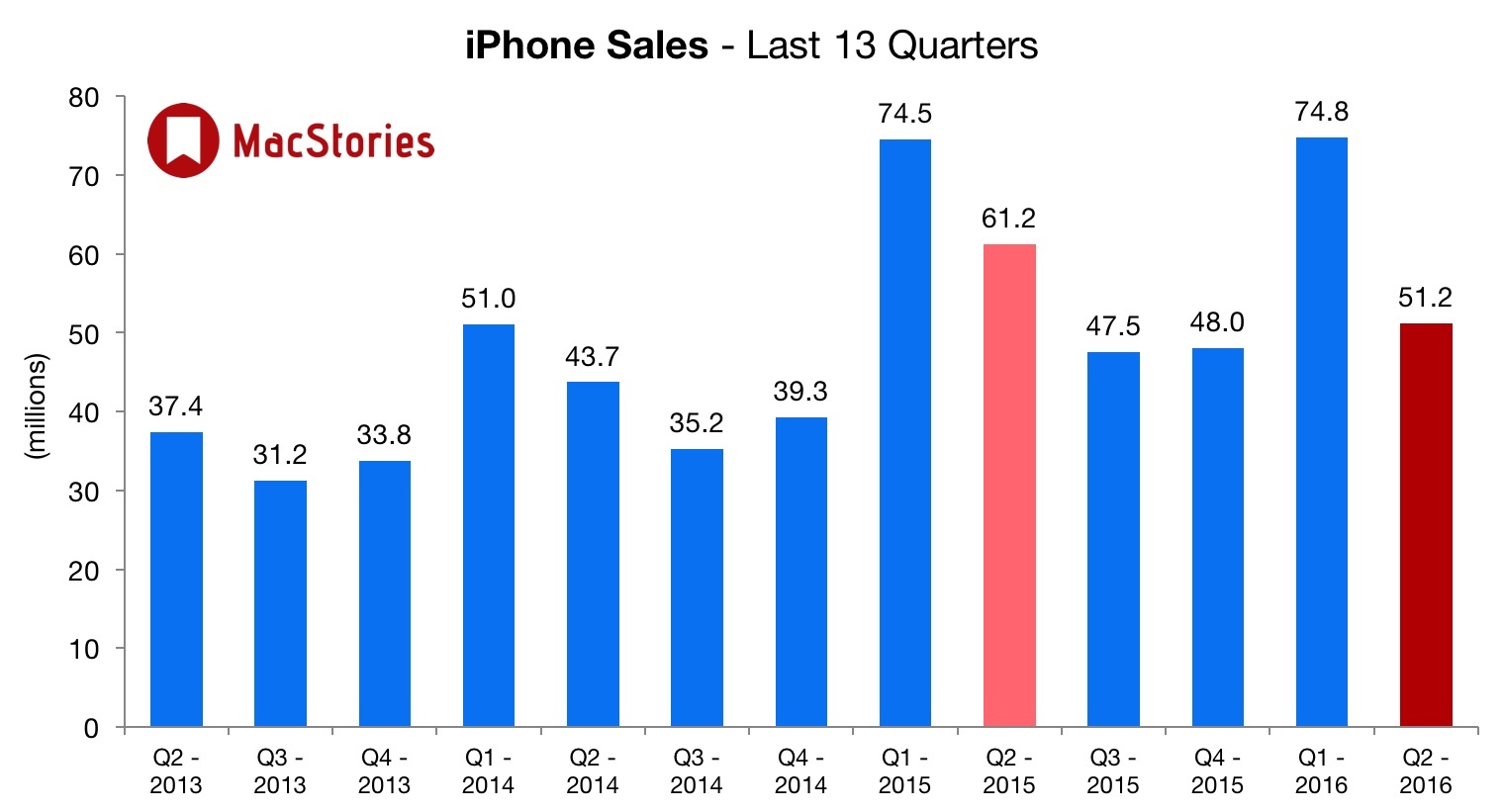 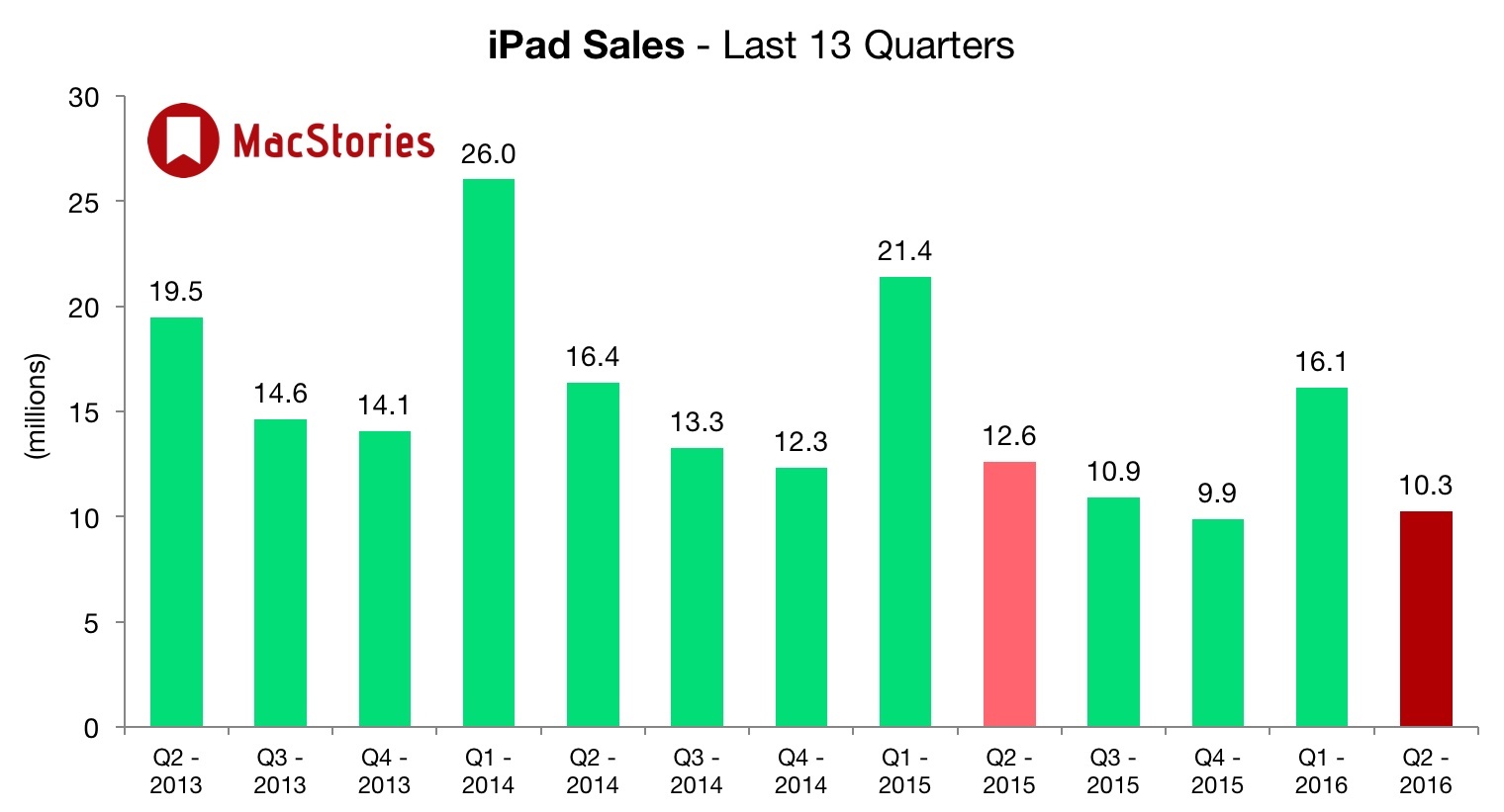 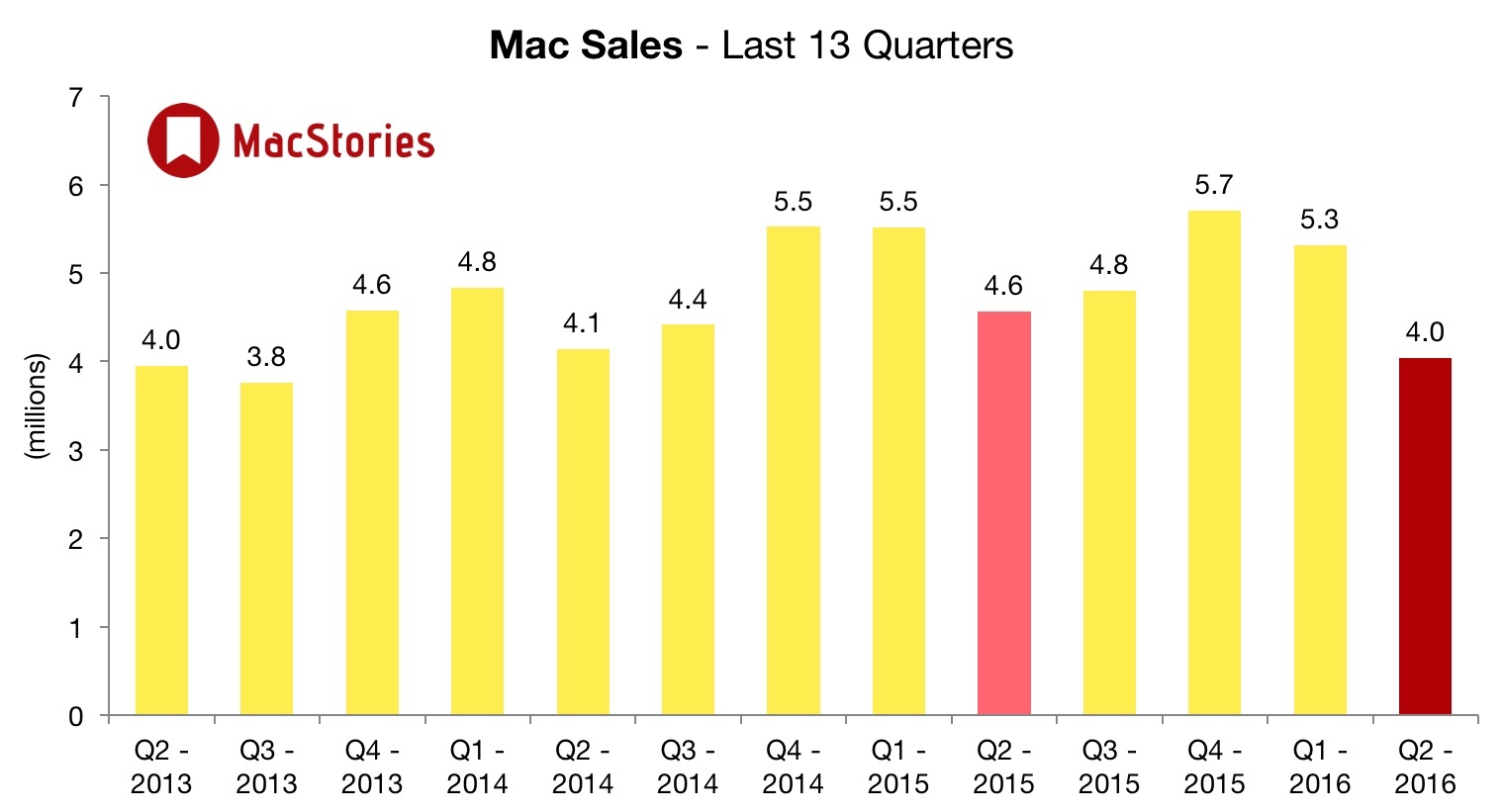 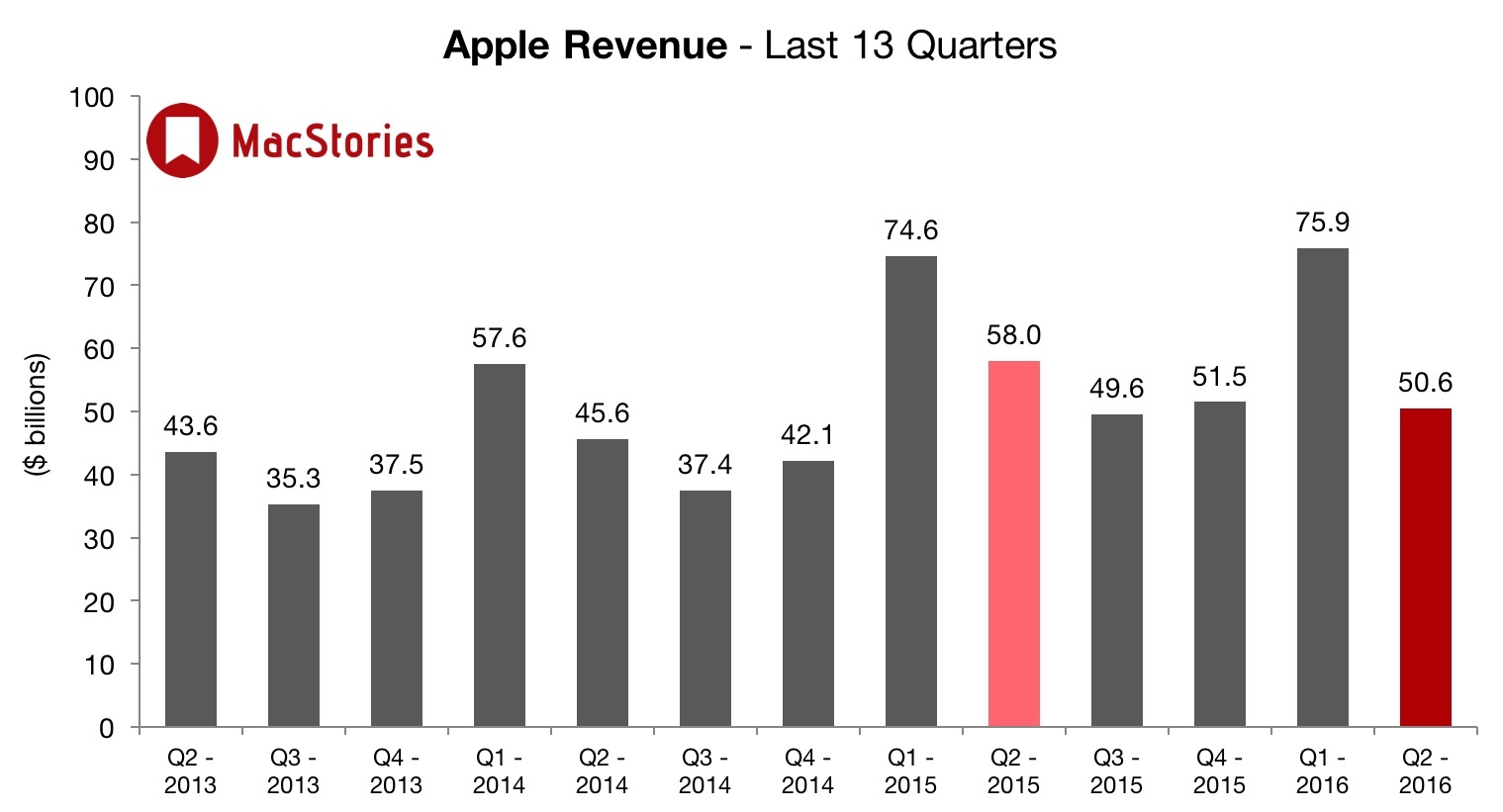 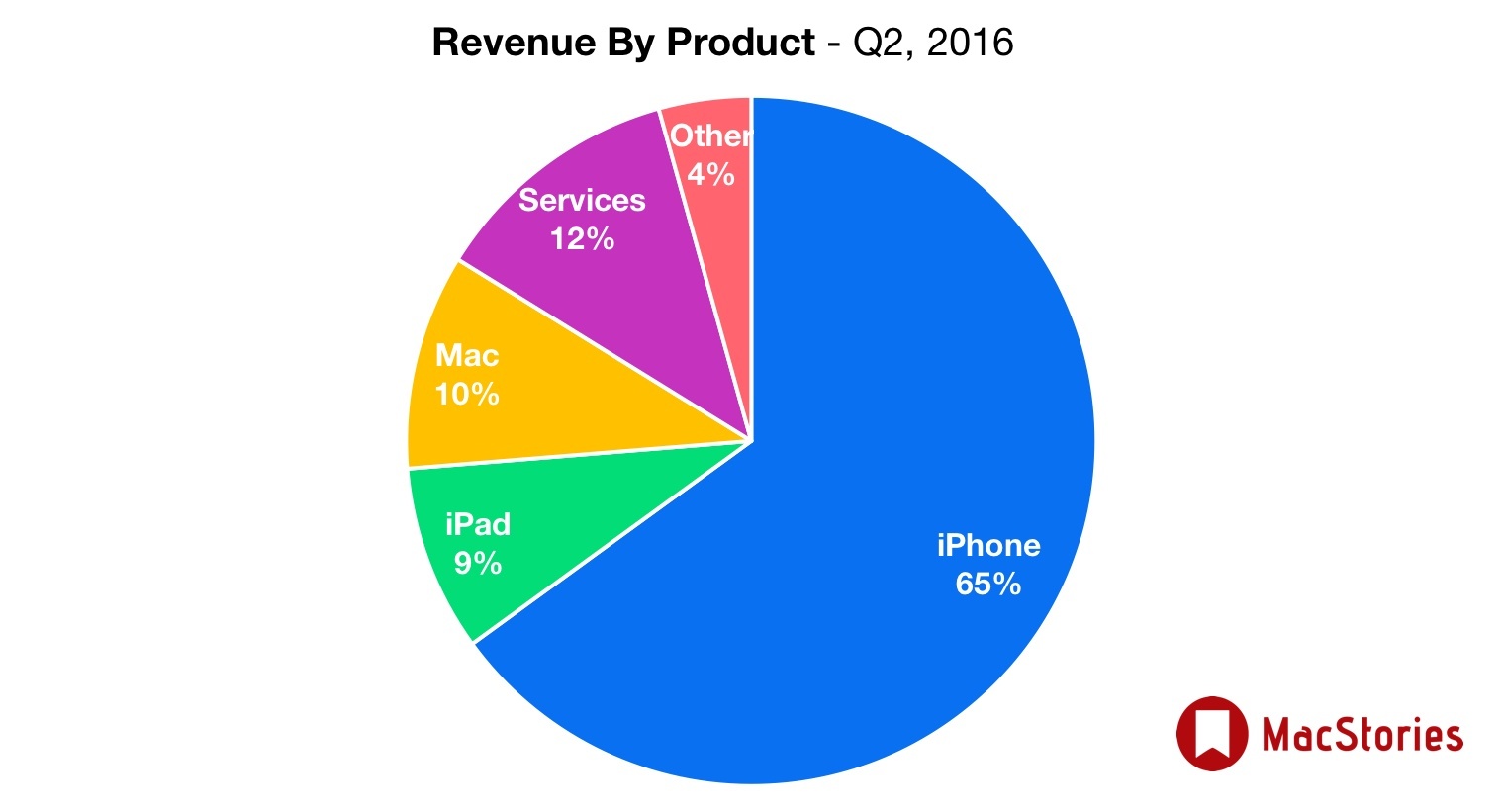 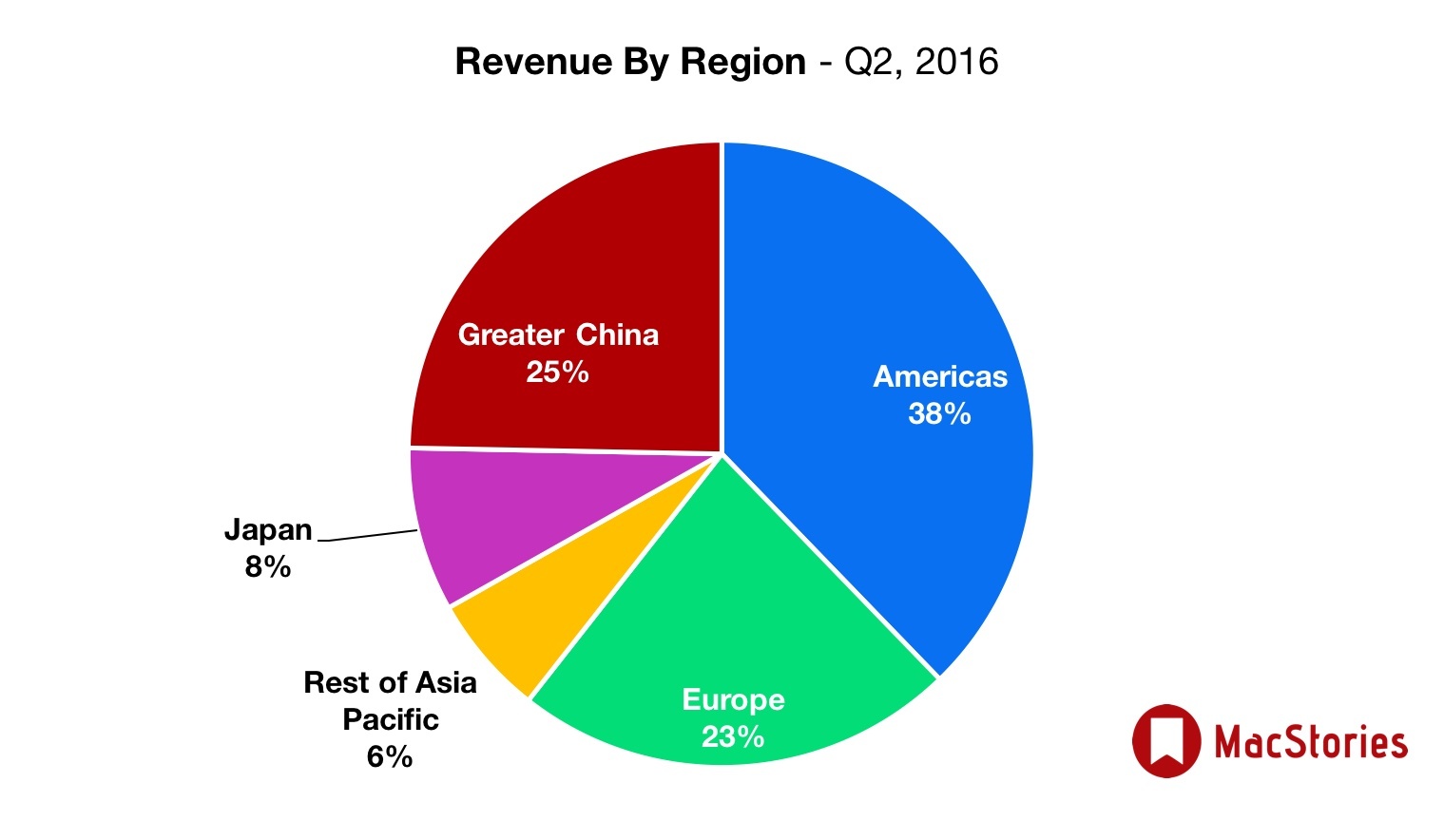 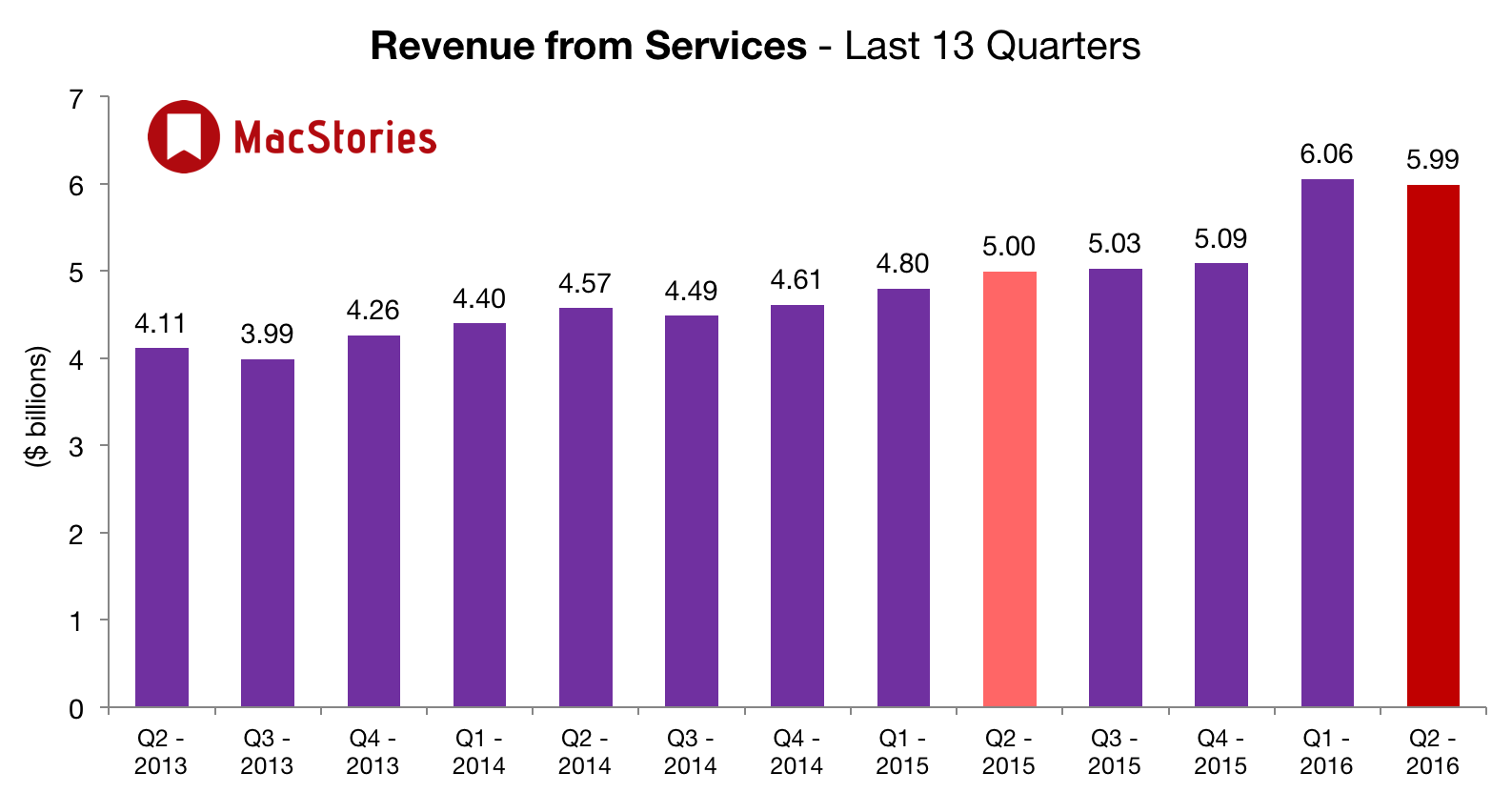 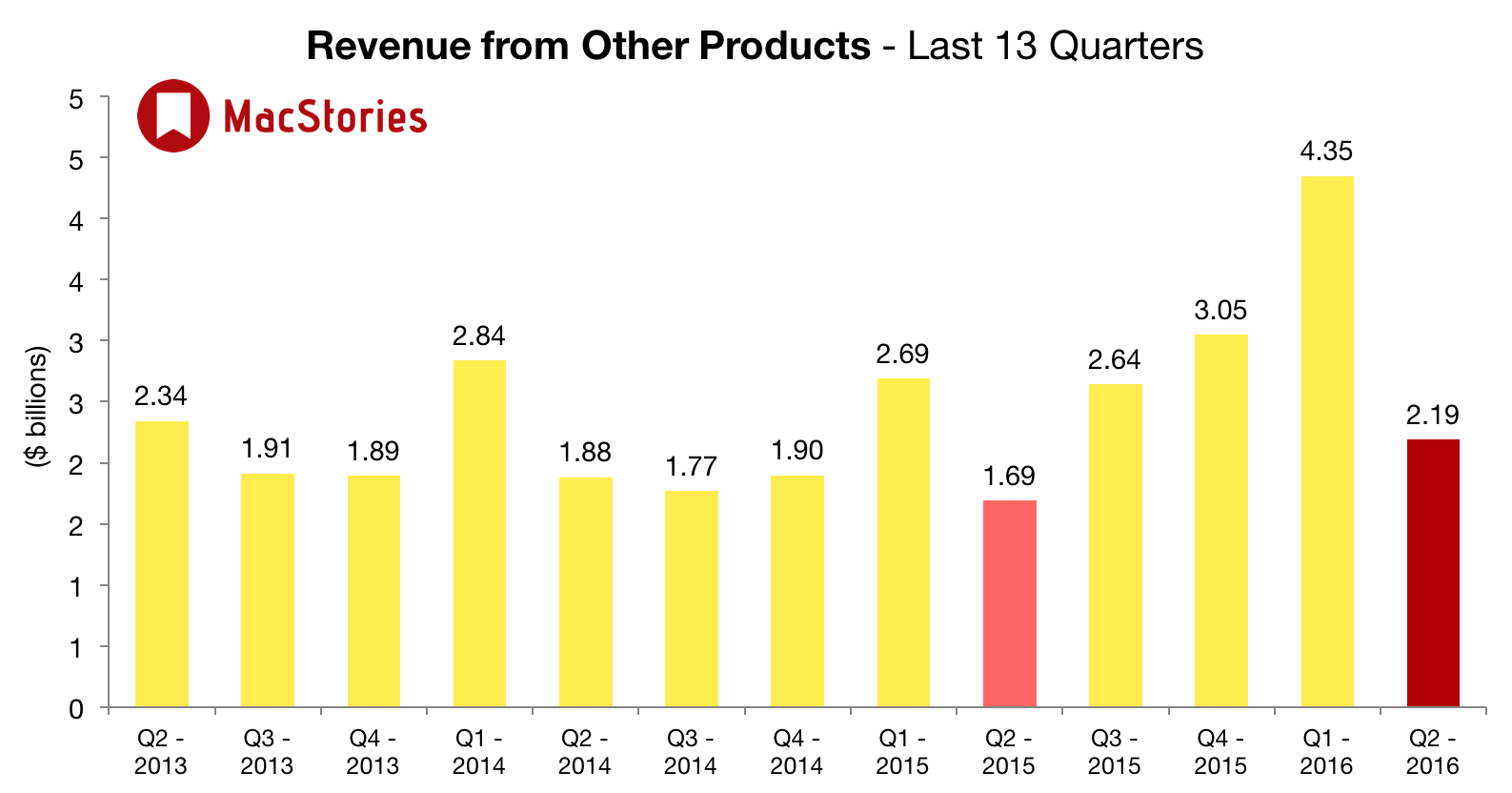 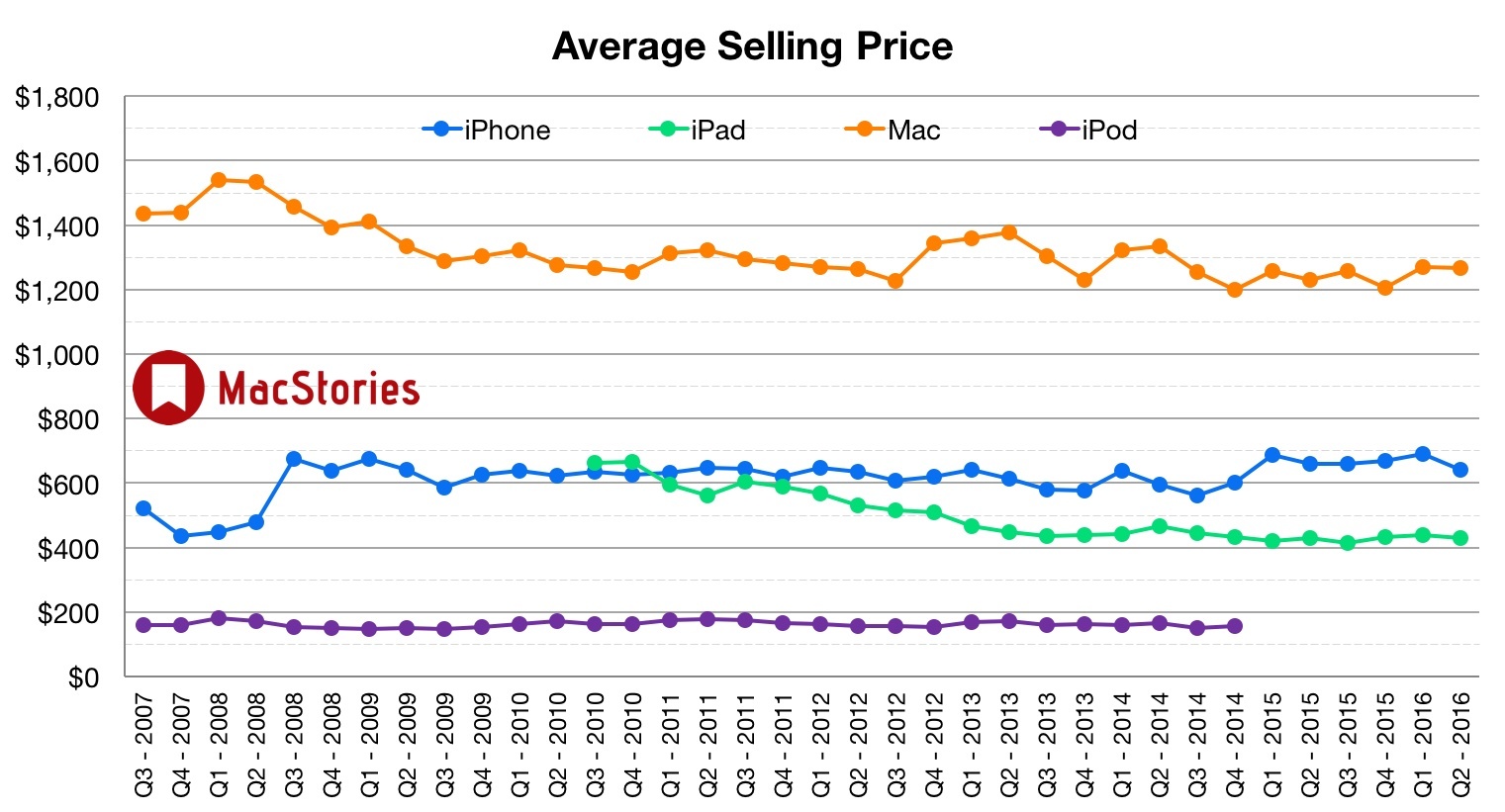 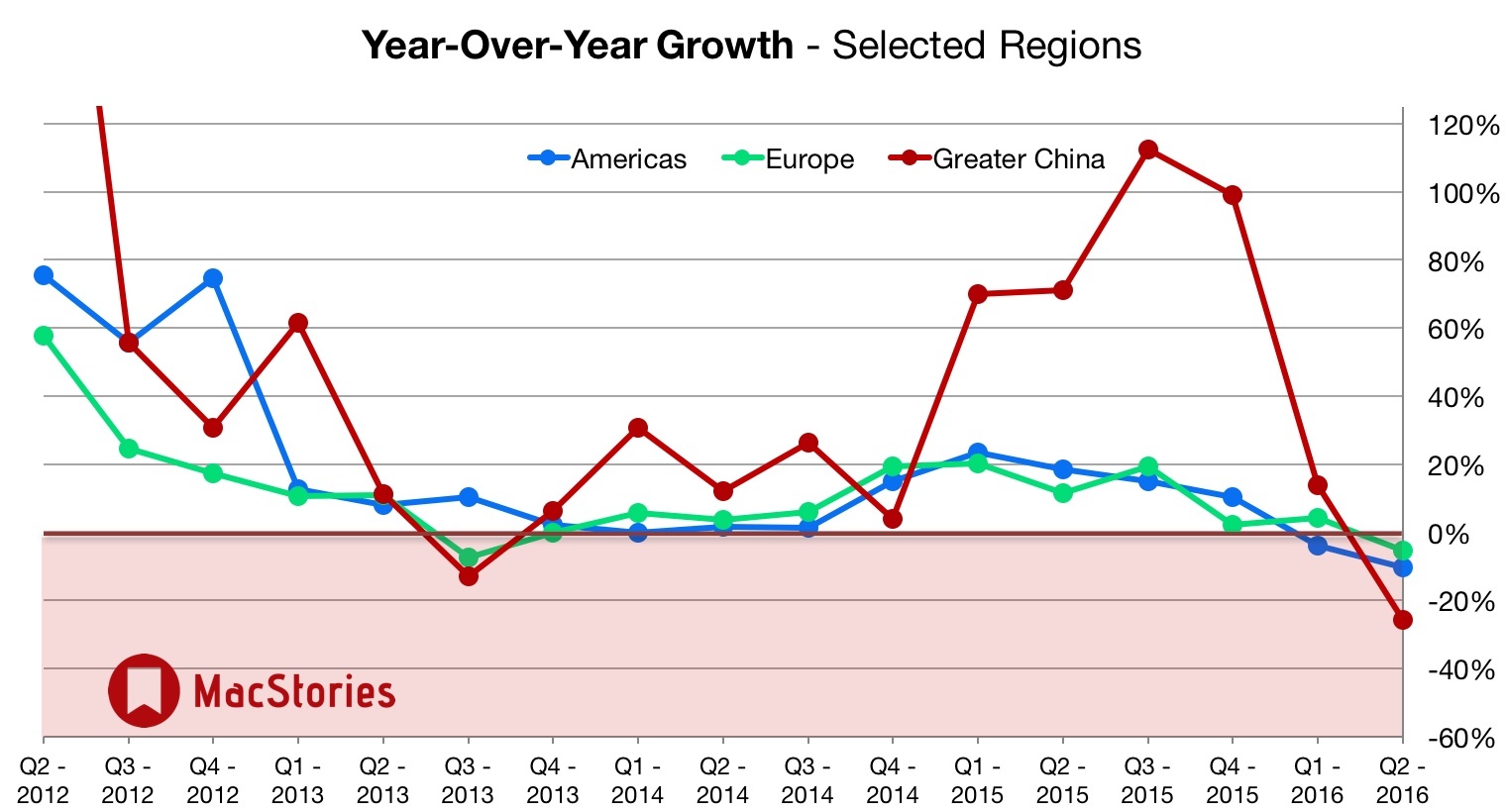 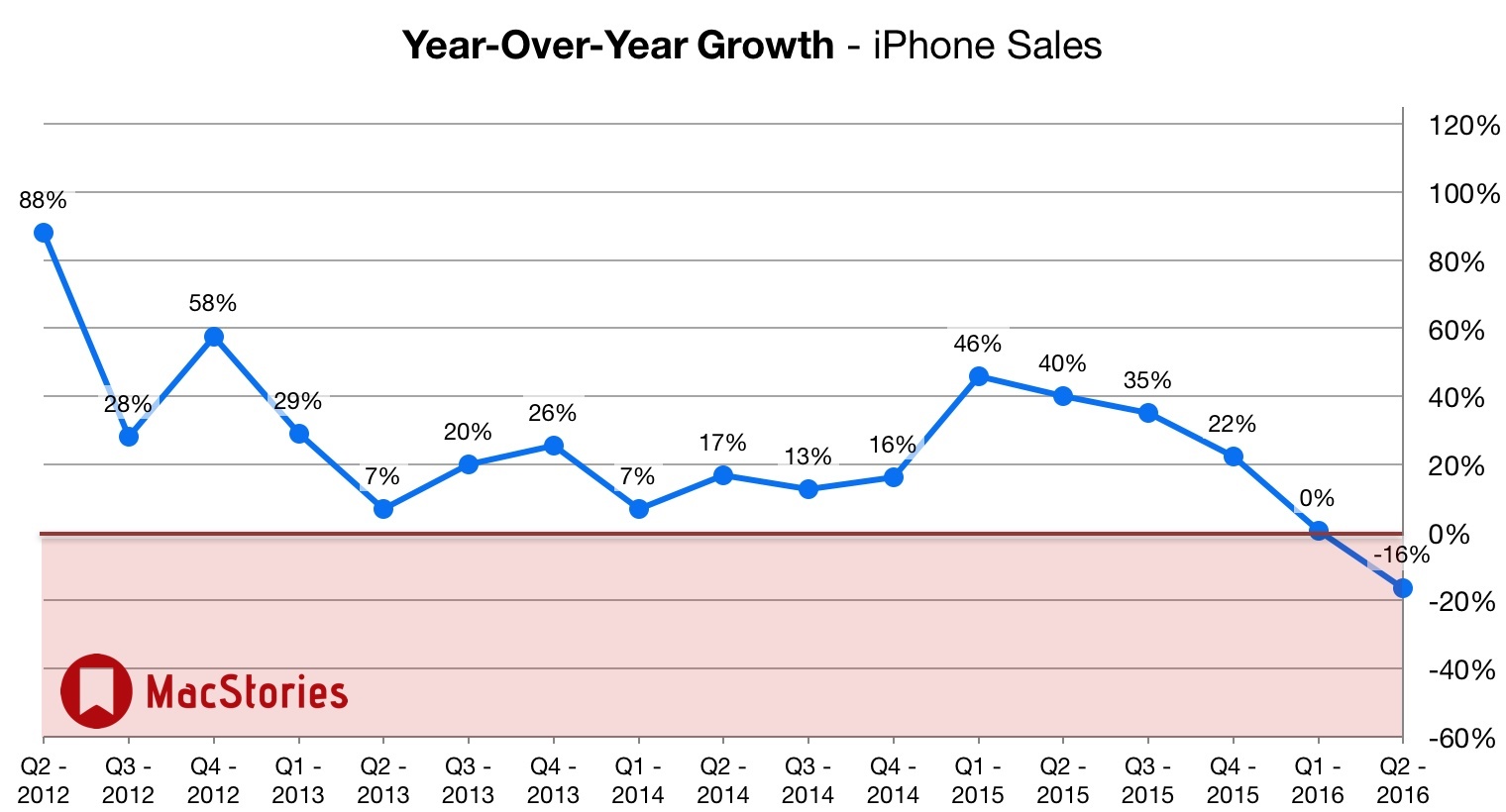 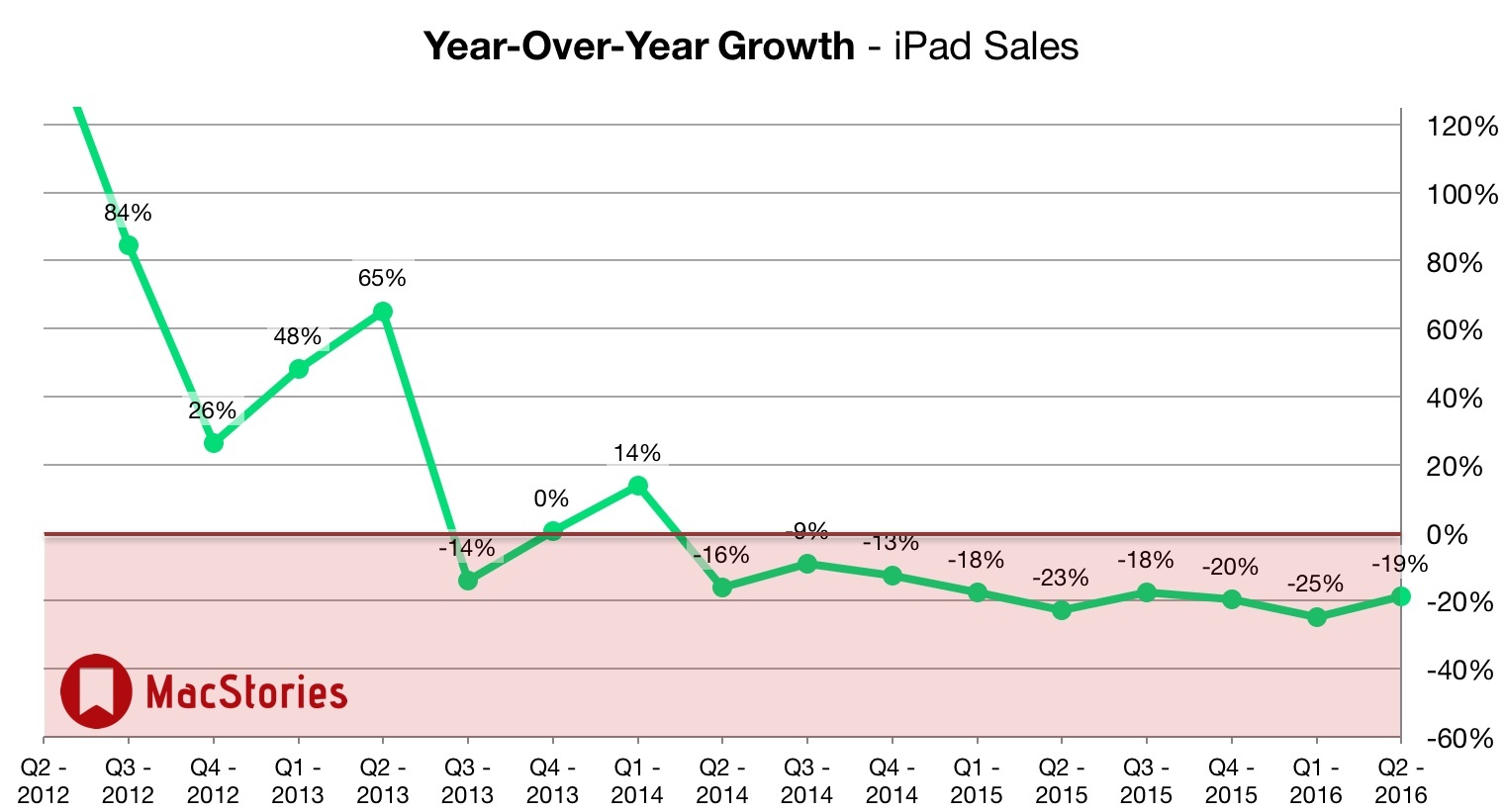 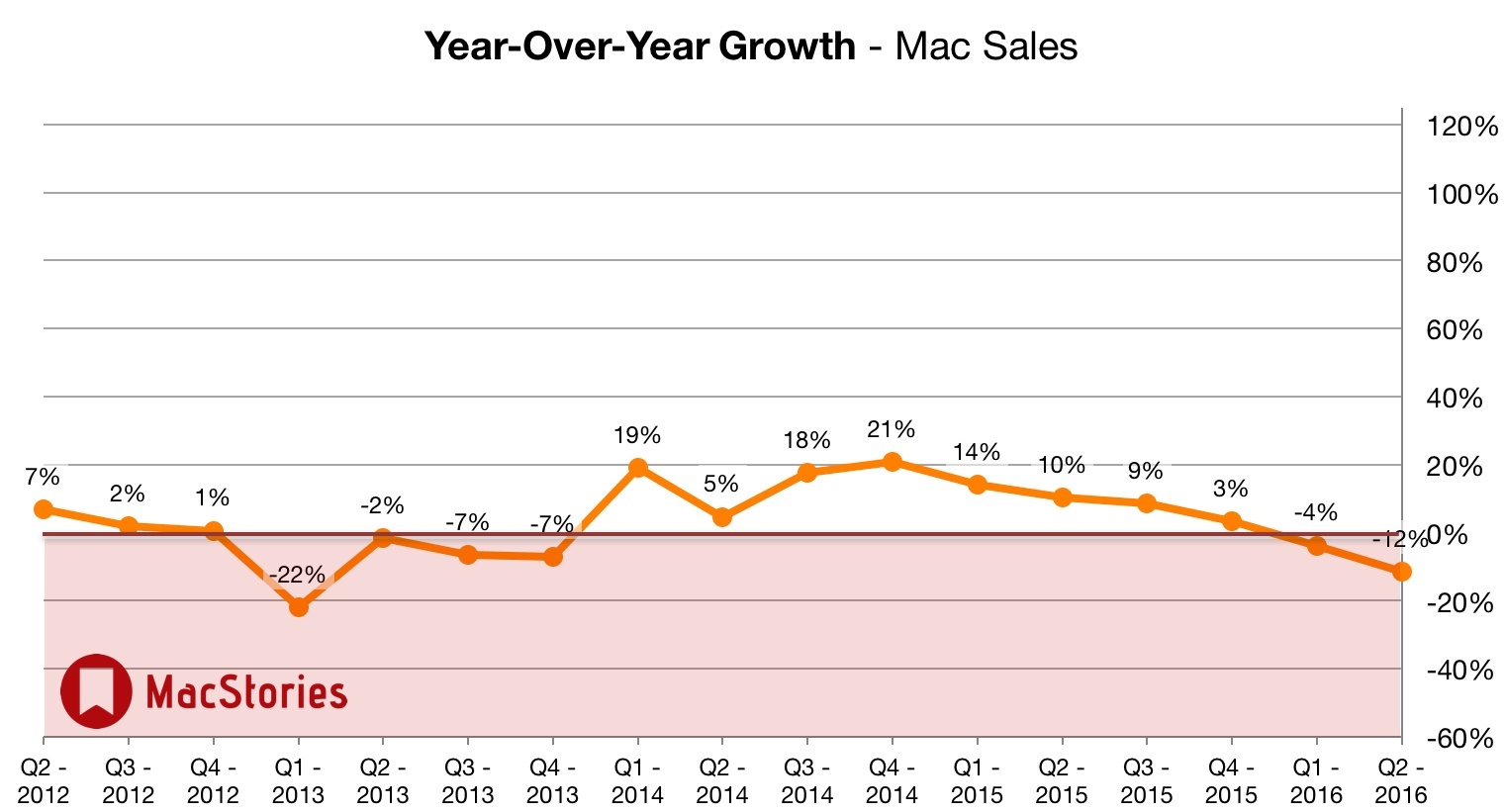 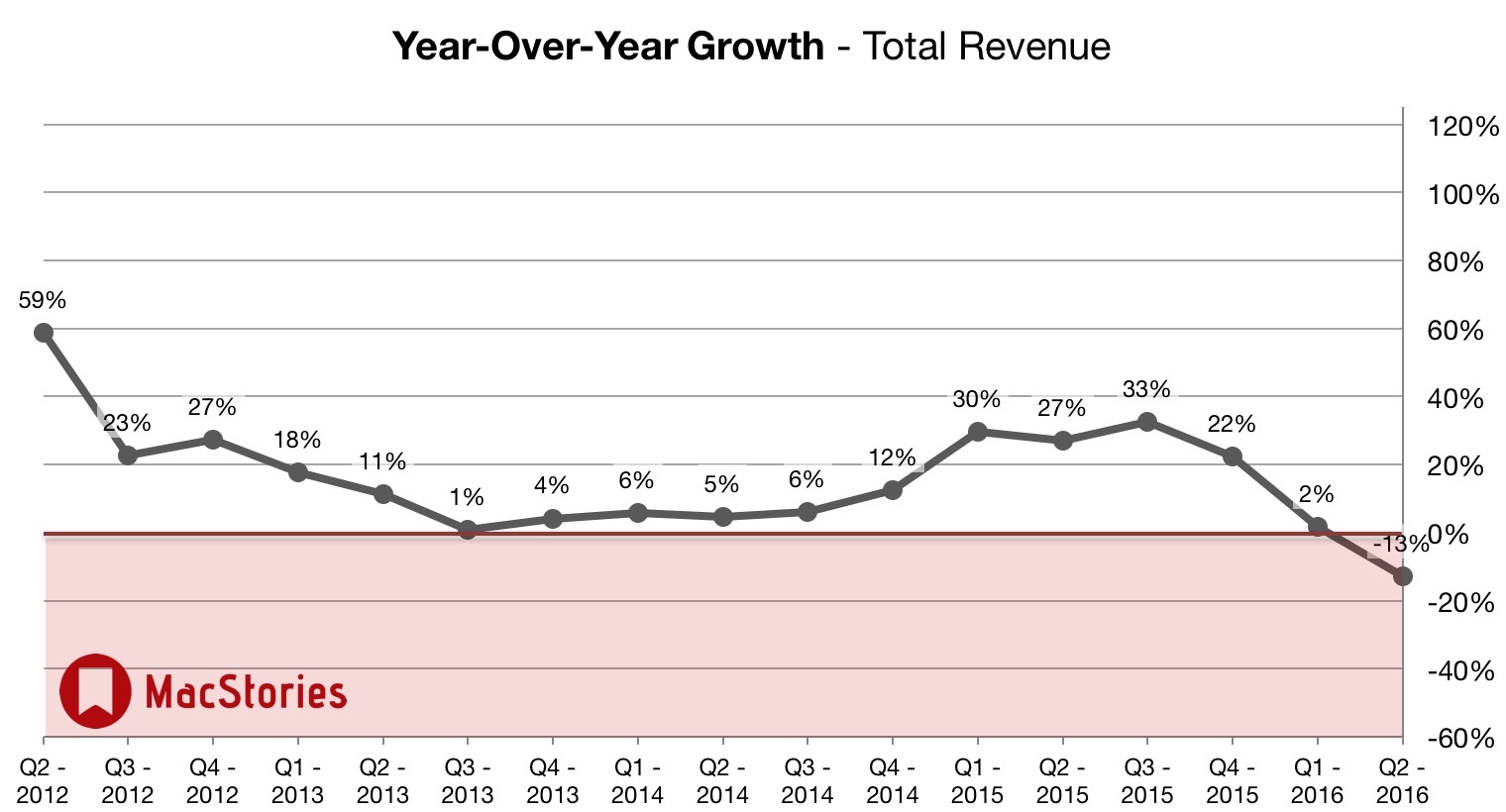 Tim Cook: We learned a lot about Apple Watch in its first year.

Tough to disagree with that statement.

Tim Cook: We would buy large companies. We want great technology and people though. (And not just revenue and sales).