“We’re thrilled to report the biggest quarter in Apple’s history, with broad-based growth that included the highest revenue ever from a new iPhone lineup. iPhone X surpassed our expectations and has been our top-selling iPhone every week since it shipped in November,” said Tim Cook, Apple’s CEO. “We’ve also achieved a significant milestone with our active installed base of devices reaching 1.3 billion in January. That’s an increase of 30 percent in just two years, which is a testament to the popularity of our products and the loyalty and satisfaction of our customers.”

In a research note, independent Apple analyst Neil Cybart noted that “for the first time in six years, Apple’s FY1Q results will reflect a full flagship iPhone launch”. Cybart estimated revenue of $95.6B (with a 22% YoY growth) and iPhone sales of 82 million units. Other analysts polled by Philip Elmer-DeWitt (both Wall Street professionals and independents) had estimates ranging from $85B revenue to $90B.

Apple’s active install base of iOS devices has grown to 1.3 billion – a 30% growth over the past two years.

This is Apple’s fifth consecutive quarter with double-digit growth in all geographic segments.

Revenue from the iPhone 8 and X lines was the highest in the company’s history of previous iPhone releases.

Apple passed 240 million paid subscriptions across their services – a 30 million increase in the past 90 days alone.

Apple Watch has seen 50% growth in unit sales and revenue for the fourth consecutive quarter.

Worldwide, 50% of iPad sales were to first-time buyers and switchers.

Worldwide, 60% of Mac sales were to first-time buyers and switchers – in China, the number goes up to 90%.

Mac unit sales are up 13% year-over-year in emerging markets.

Apple is rolling out a new initiative called ‘Apple at Work’ to make it easier to get Apple products to employees.

Tim Cook: “Customer satisfaction for iPhone X is literally off the charts.”

Tim Cook: “I don’t want to say what else we may do with AR, but I could not be happier with how things are going right now.”

Apple did not consider “in any way, shape, or form” what the discounted battery replacement program would do to iPhone upgrade rates.

(Tap the charts to open them in full-screen.) 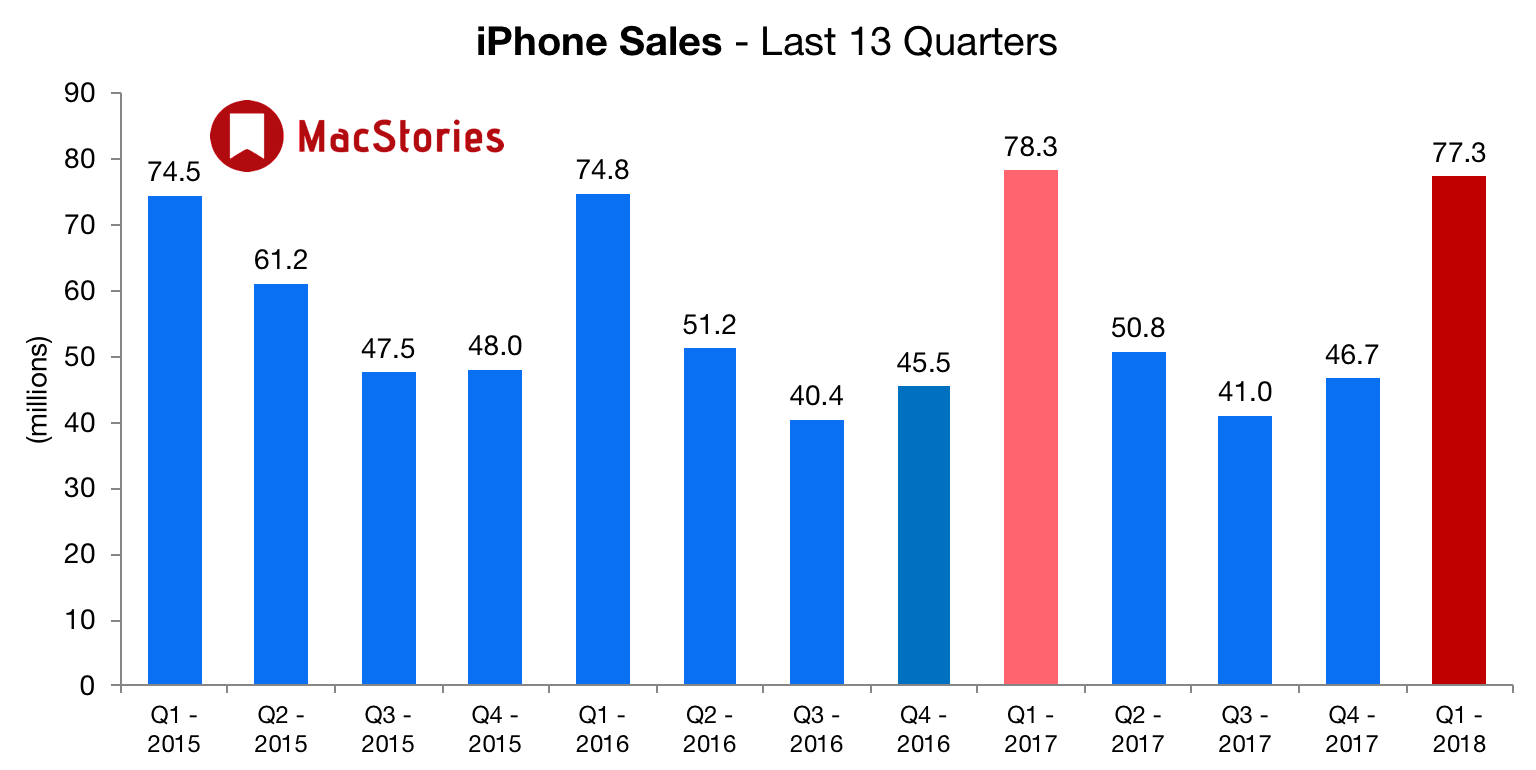 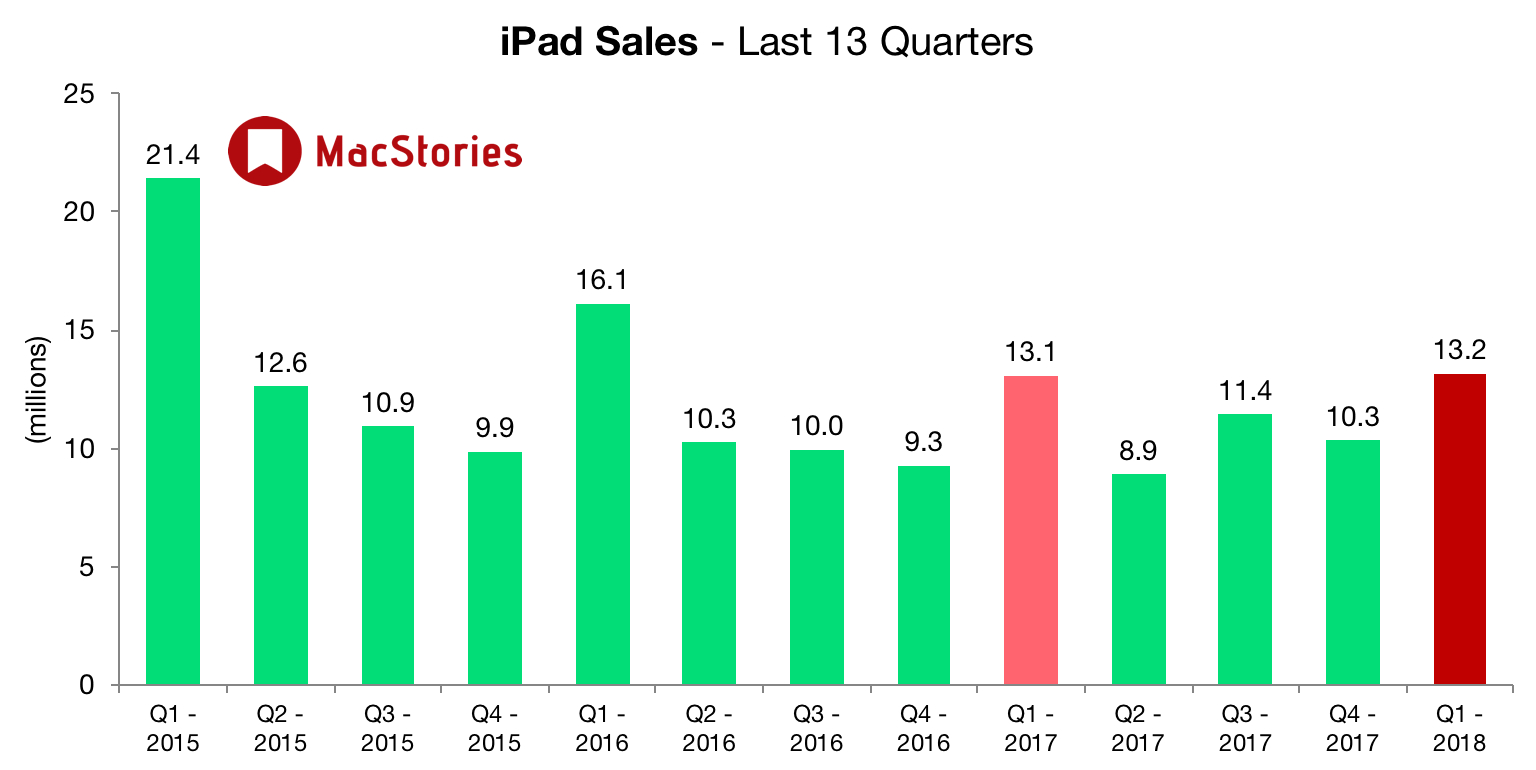 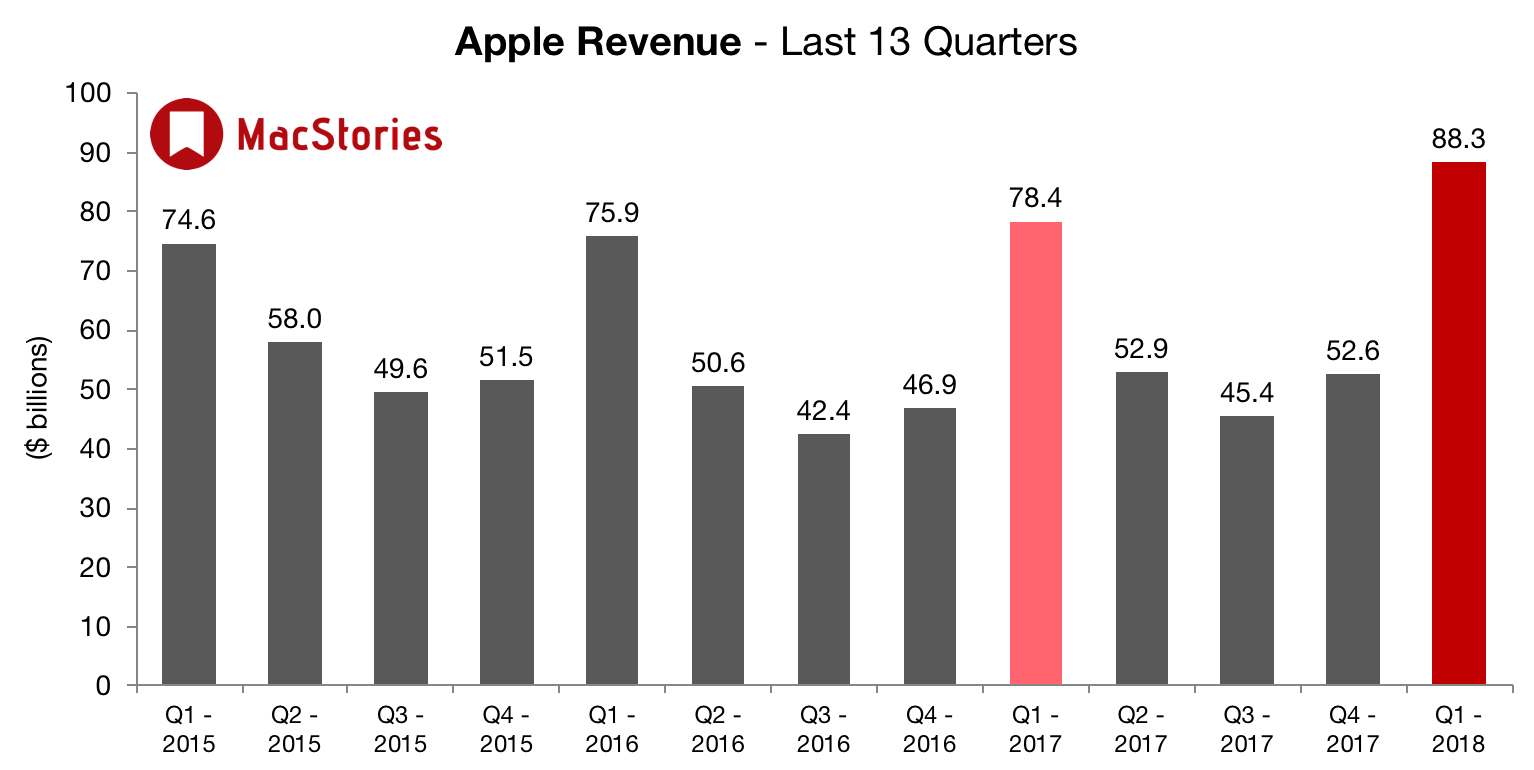 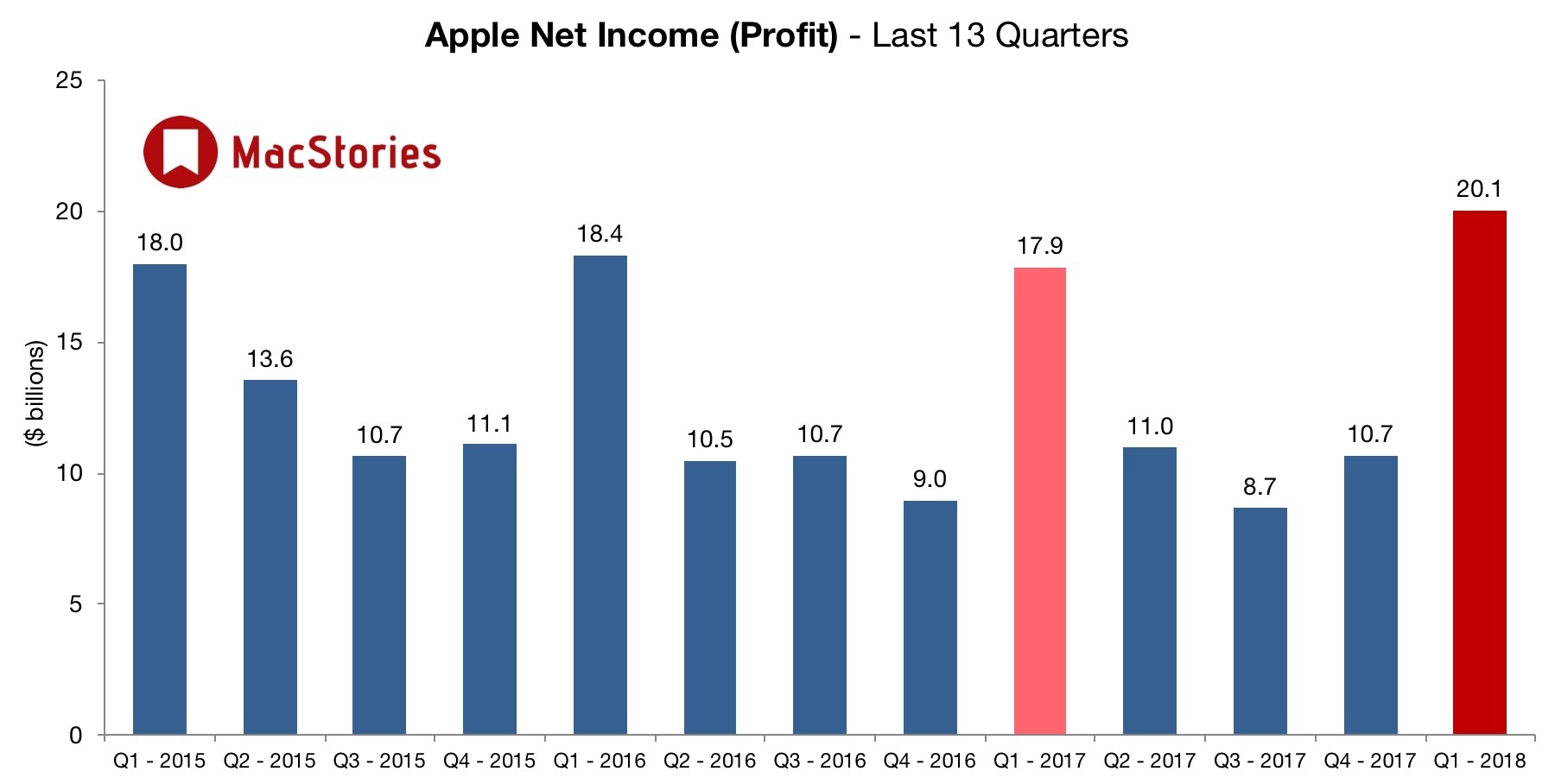 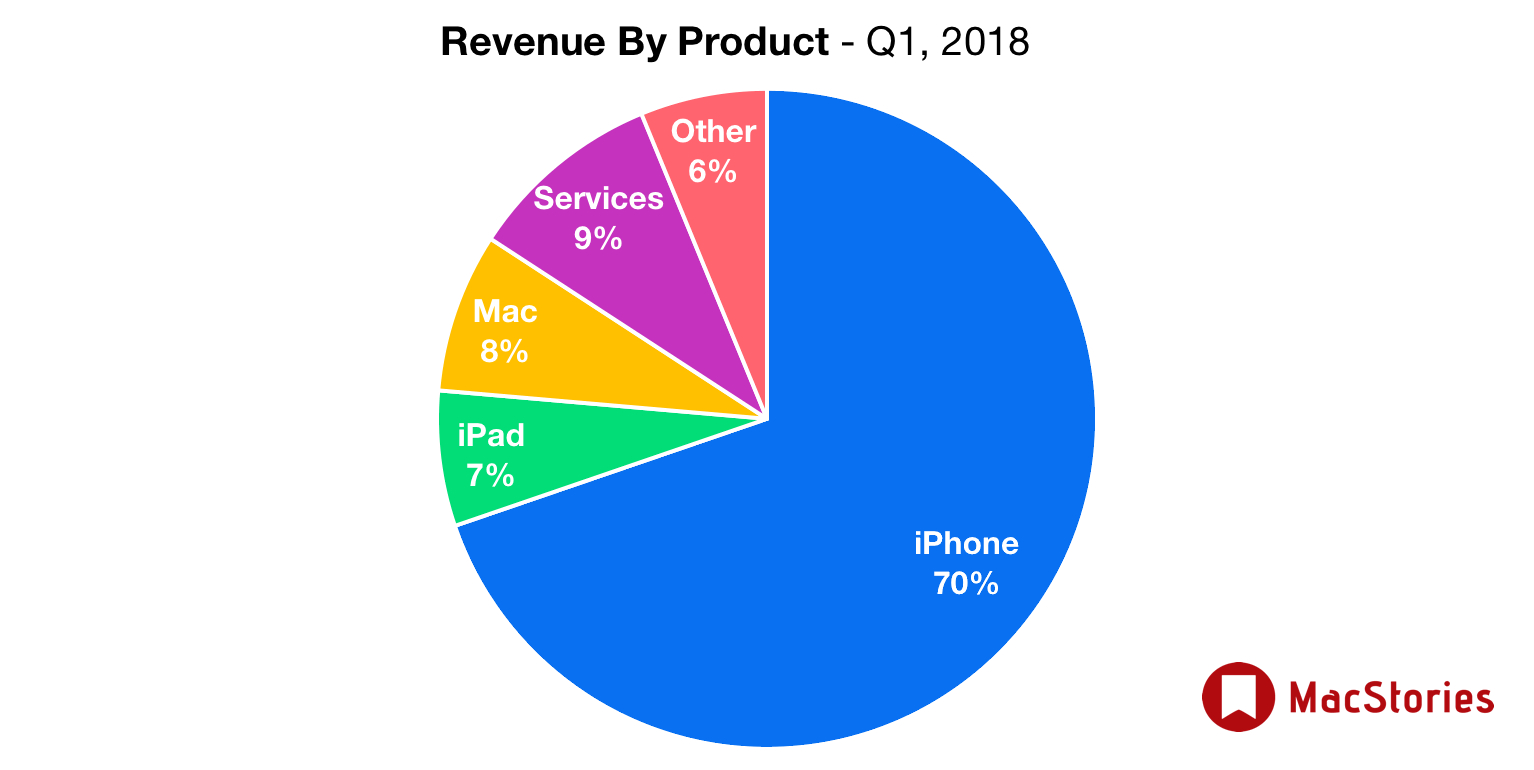 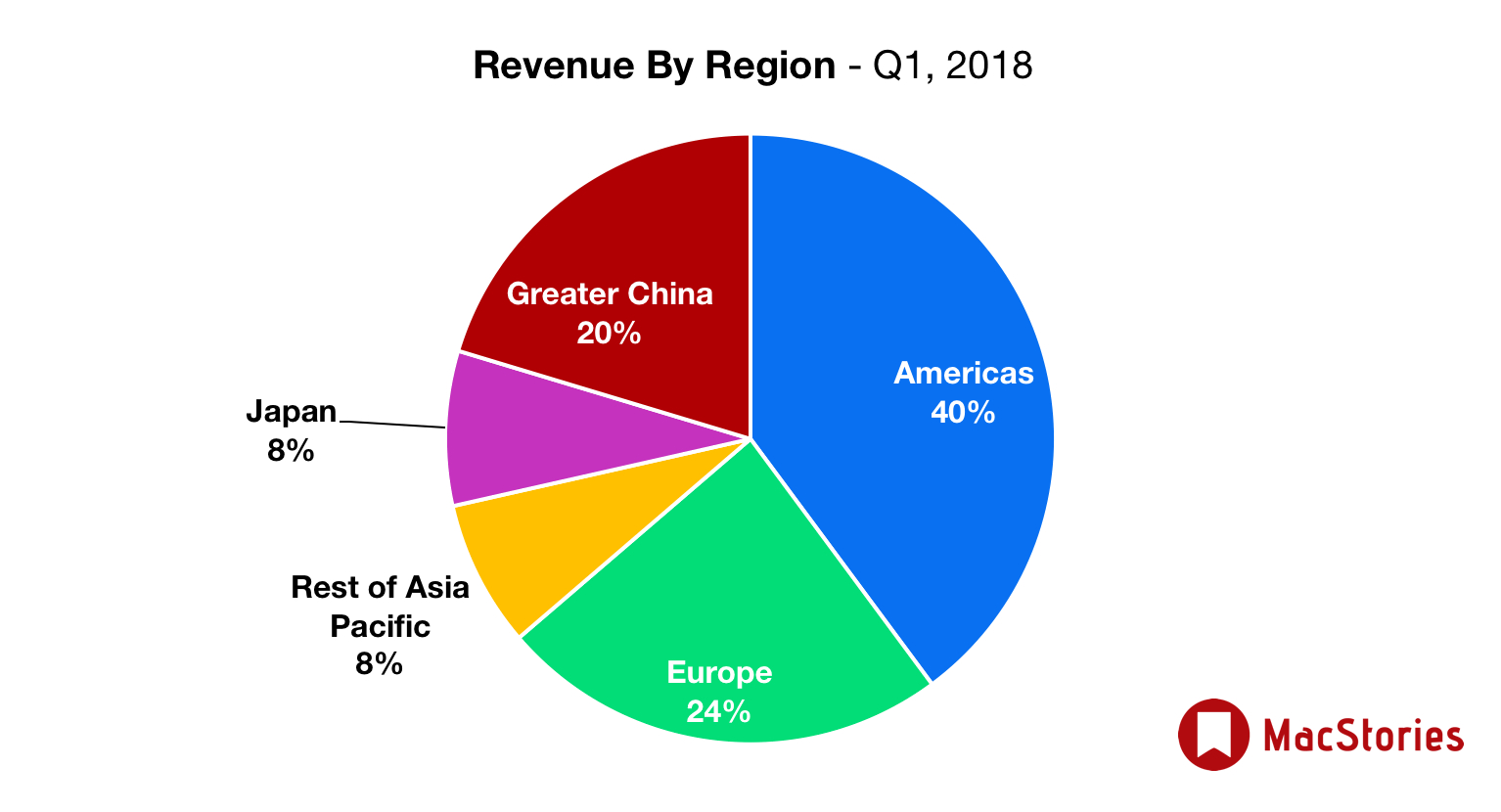 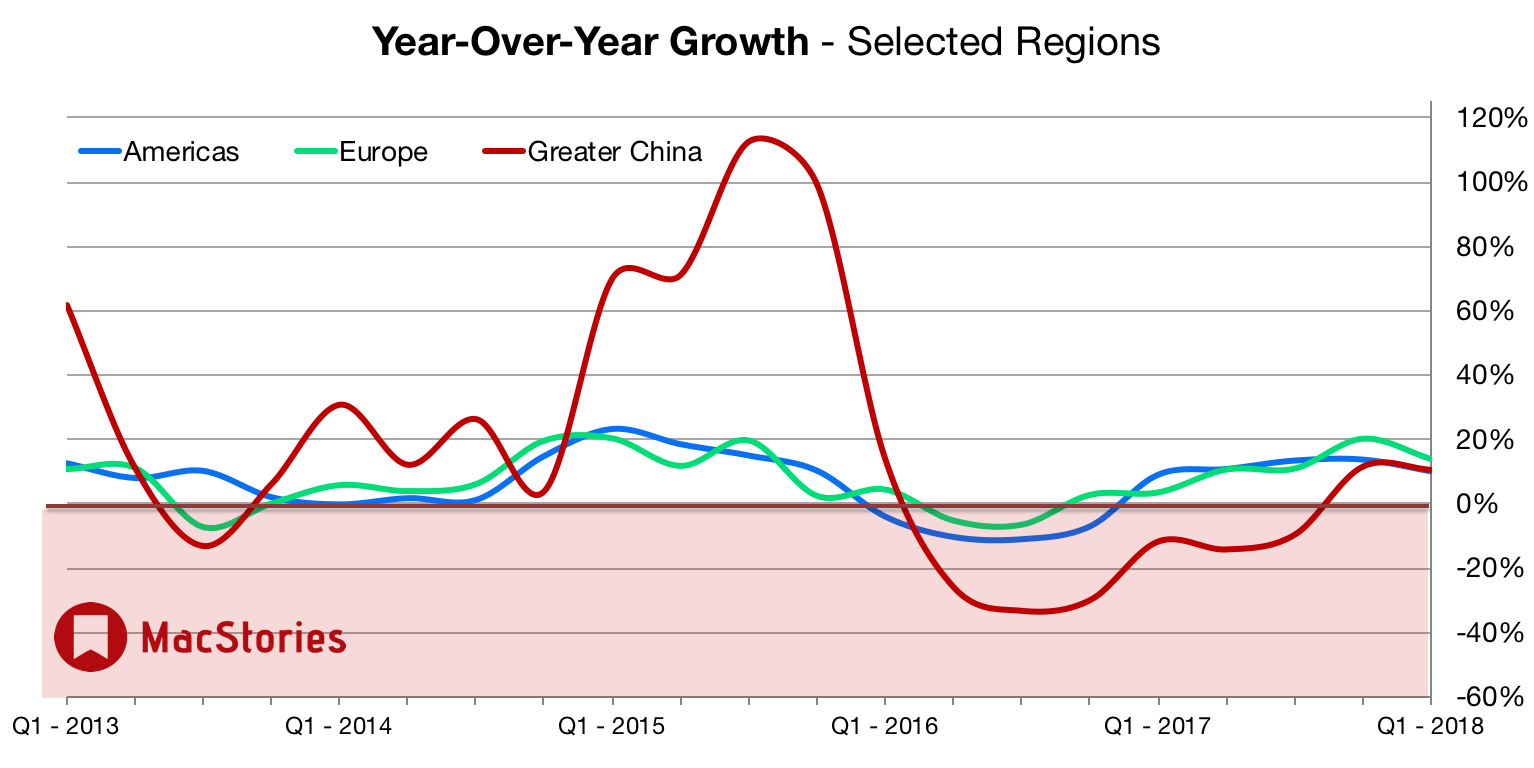 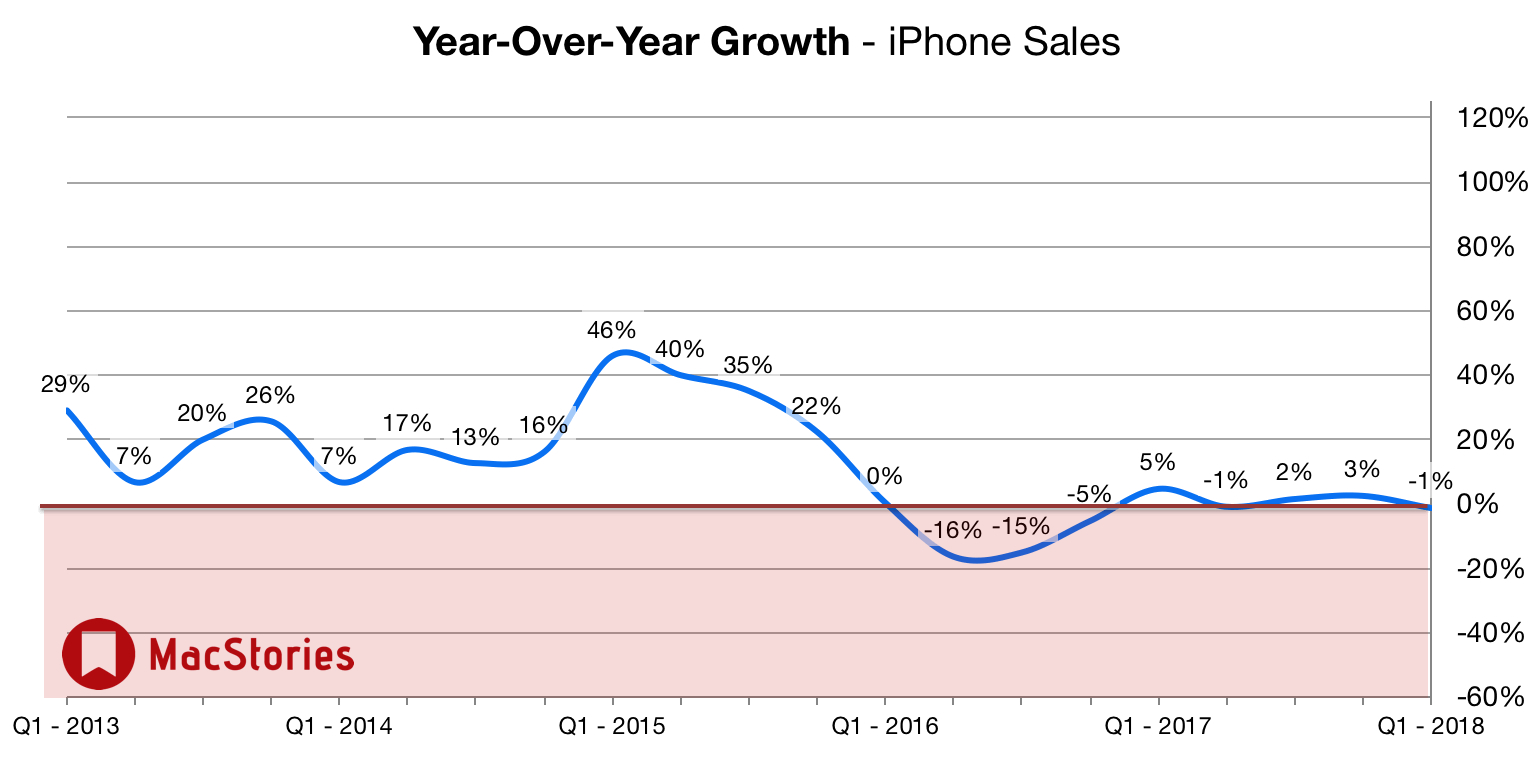 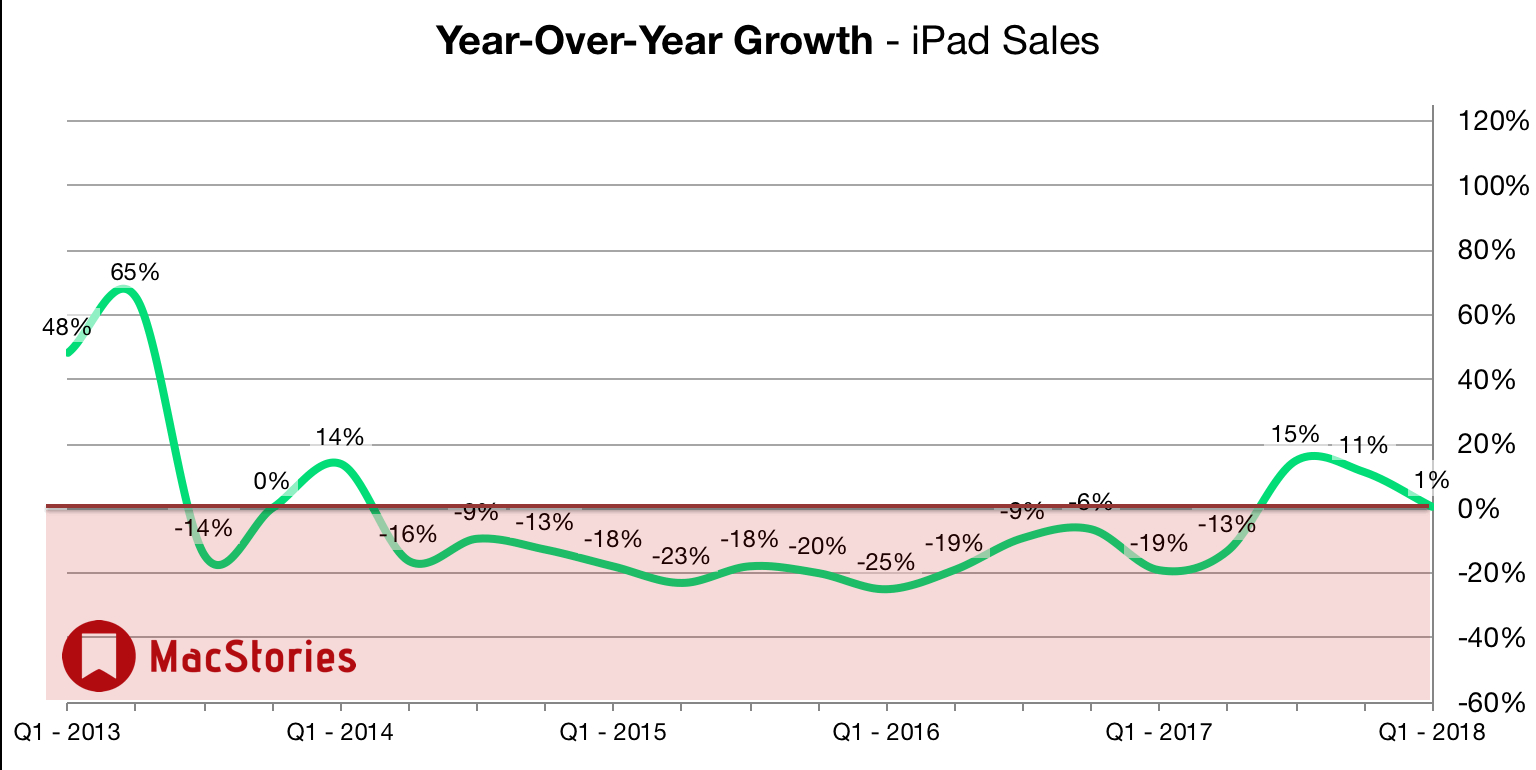 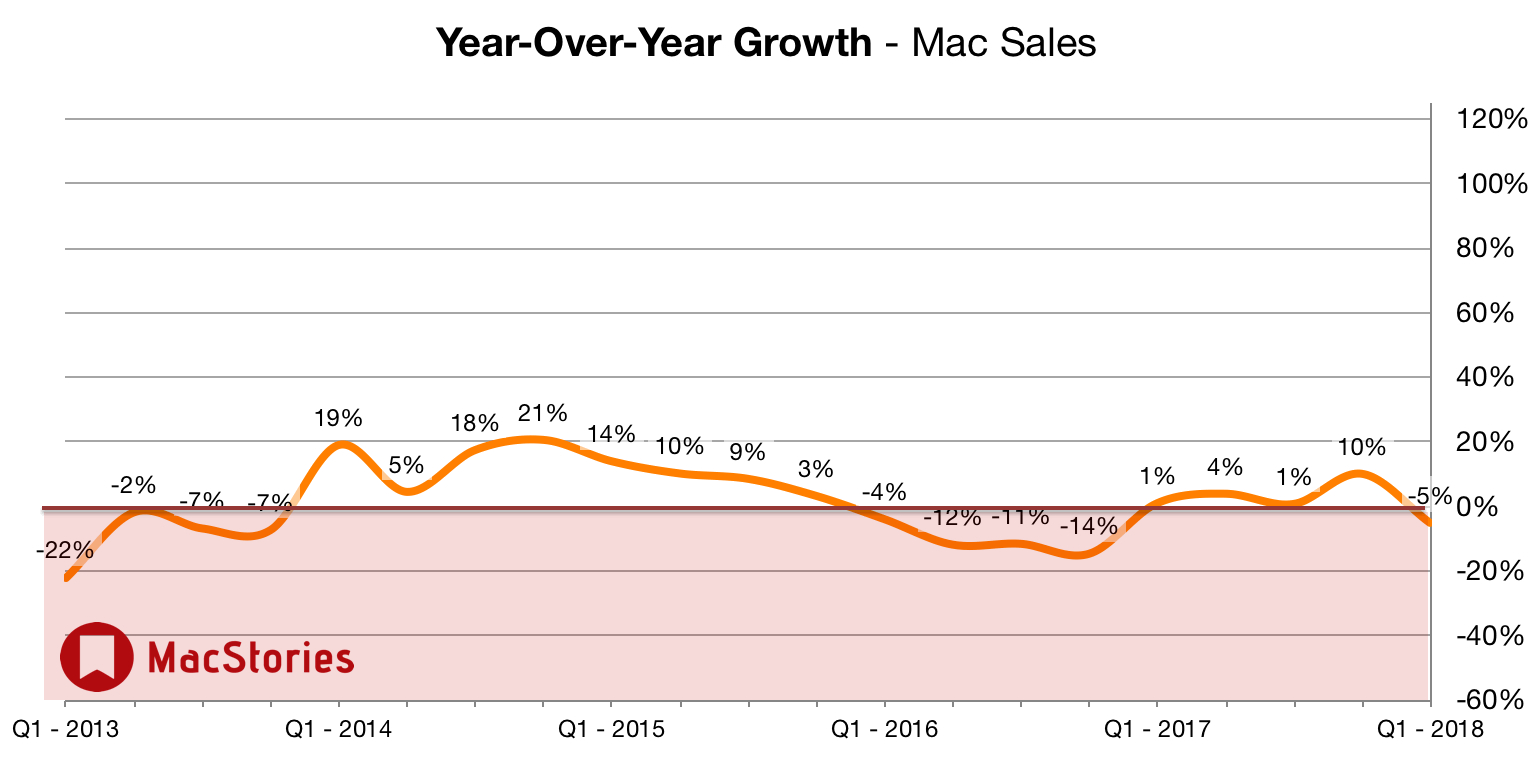 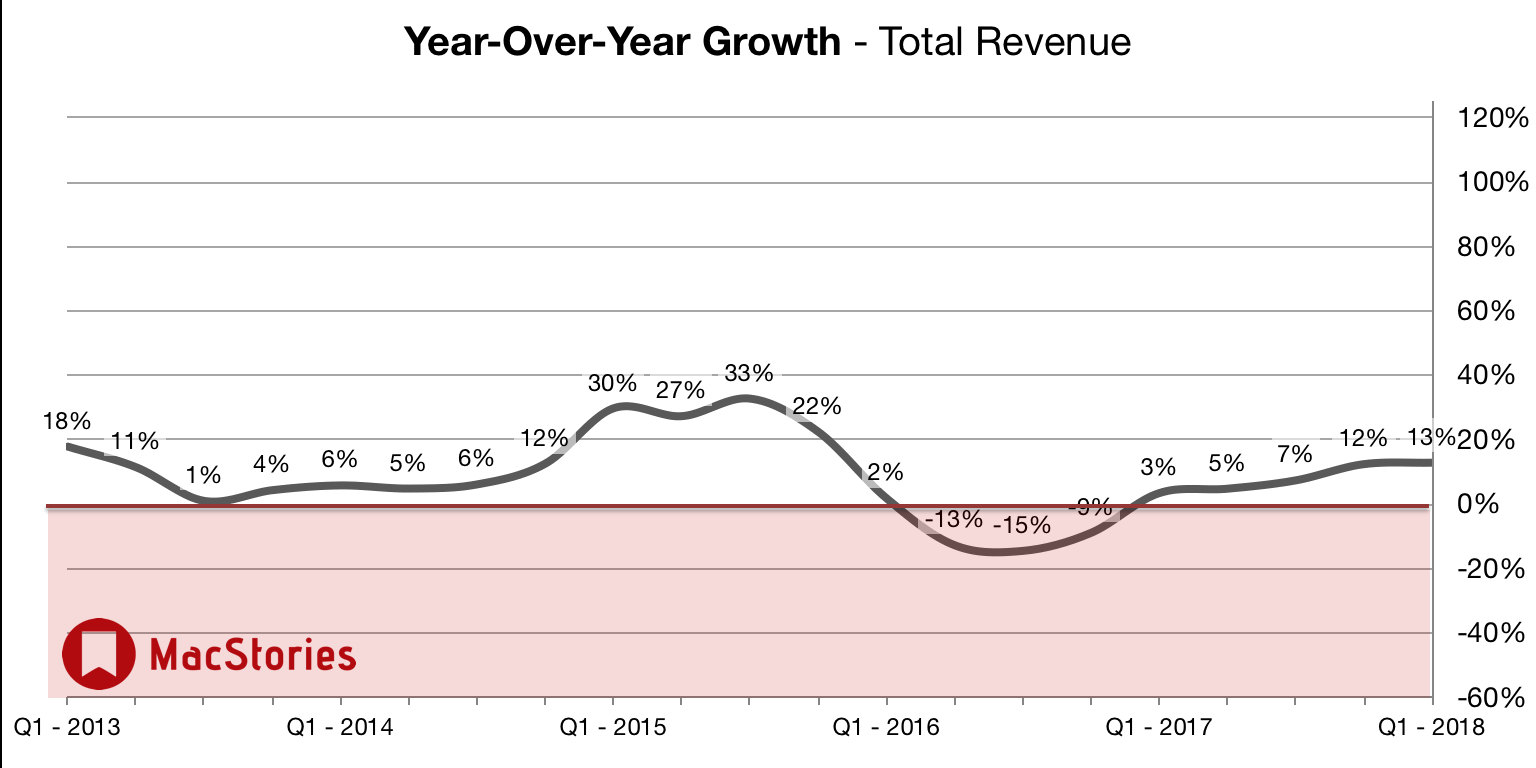 There are now about 800m iPhones in use, over 3bn total smartphones, and around 5bn total mobile phones.

Apple wearables revenues was up 70% year-over-year. Second-best category in terms of revenue growth (behind iPhone).

Worth noting that Apple’s $88.3 billion in revenue was *more* than the high-end of their guidance, which was “just” $87 billion.

My estimate for iPhone units was expecting a lot more iPhone 8 with an average pricing of $710. Actual ASP was $796. A LOT of iPhone X were sold.

The *average* analyst revenue estimate of $87.3B is at Apple’s previous high-end, so Apple must beat its own guidance or analysts will say they “missed.” https://t.co/oLxfI9nDDU