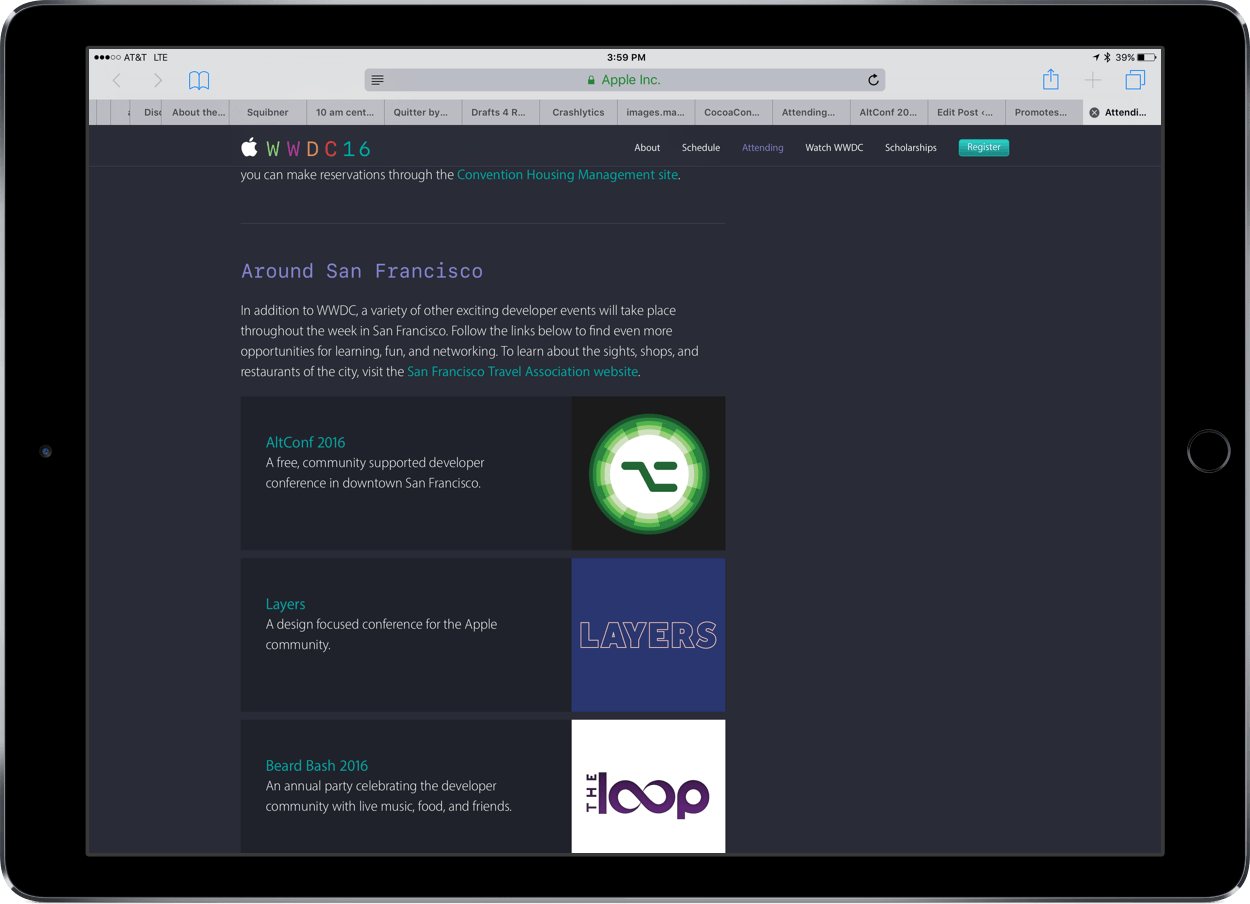 Apple’s history with events scheduled around WWDC has been stormy. In 2013, CocoaConf scheduled an alternative conference for developers who were unable to get a ticket to WWDC called CocoaConf Alt. The conference was set to coincide with WWDC until CocoaConf organizers received an email from the Intercontinental Hotel that they could not hold the conference due to a contractual conflict with Apple. More recently, AltConf (originally AltWWDC and changed) planned to stream the 2015 WWDC keynote and State of the Union presentations at the Metreon Theater across the street from Moscone West. Initially, Apple threatened legal action, but ultimately, agreed to allow AltConf to stream the sessions that Apple streamed itself.

That bit of recent history makes today’s news that Apple is affirmatively promoting alternative conferences all the more welcome. Not only is Apple promoting AltConf, but also Layers, a fantastic design-centric conference that I attended last year and highly recommend.

In addition to alternative conferences, Apple is promoting a couple of high-profile community events – the Beard Bash, hosted by The Loop and iMore, and The Talk Show Live, hosted by Daring Fireball.

Apple’s acknowledgement of some of the best events surrounding WWDC is welcome and the sort of thing that gets me excited for WWDC.