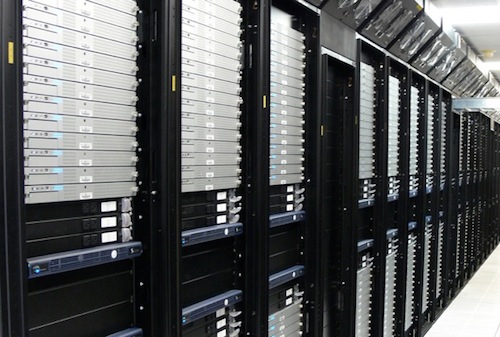 After all the theories surrounding Apple’s new data center in North Carolina, and the rumors surfaced in the past months pinpointing a complete revamp of iOS and MobileMe with extensive cloud features, here comes an interesting tidbit suggesting that Apple is looking to improve capacity of the iTunes Store by ordering 12 petabytes of storage from Isilon Systems. As reported by AppleInsider, the additional storage will be used for hosting video content on the iTunes Store – although it is not clear whether this storage will also be dedicated to video streaming, future iOS or MobileMe functionalities, or just downloads for the existing iTunes Store. Currently, the iTunes Store hosts thousands of movies, TV shows and video podcasts that are available both in standard and high definition, can be streamed to an Apple TV or downloaded locally on Windows PCs and Macs.

The original report claims that Apple ordered the additional 12 petabytes “notably to manage the video download of its customers using iTunes”, and the information comes from an “inside source” at EMC, which announced they wanted to acquire Isilon for $2.25 billion. For the sake of comparison, here’s what 12 petabytes look like when compared to gigabytes and terabytes:

Even though today’s report only mentions storage for iTunes Store video content, we wouldn’t be surprised to hear Apple is ordering other petabytes for a variety of other cloud services. If the rumors we’ve been hearing in the past months are to be believed, Apple is working on a major new version of MobileMe heavily based on social and cloud features such as a “digital locker” for music and movies, streaming to any iOS device, and access to iTunes Store music through a monthly subscription. Furthermore, Apple is also rumored to offer an option to backup your own music collection in the cloud. Code strings found in the early iOS 4.3 betas pointed to a new feature called “Media Stream” that could allow iOS users to literally stream photos and videos from an iPhone or iPad to the cloud, to your friends’ devices. All these new cloud functionalities are rumored to be announced at the WWDC in June.