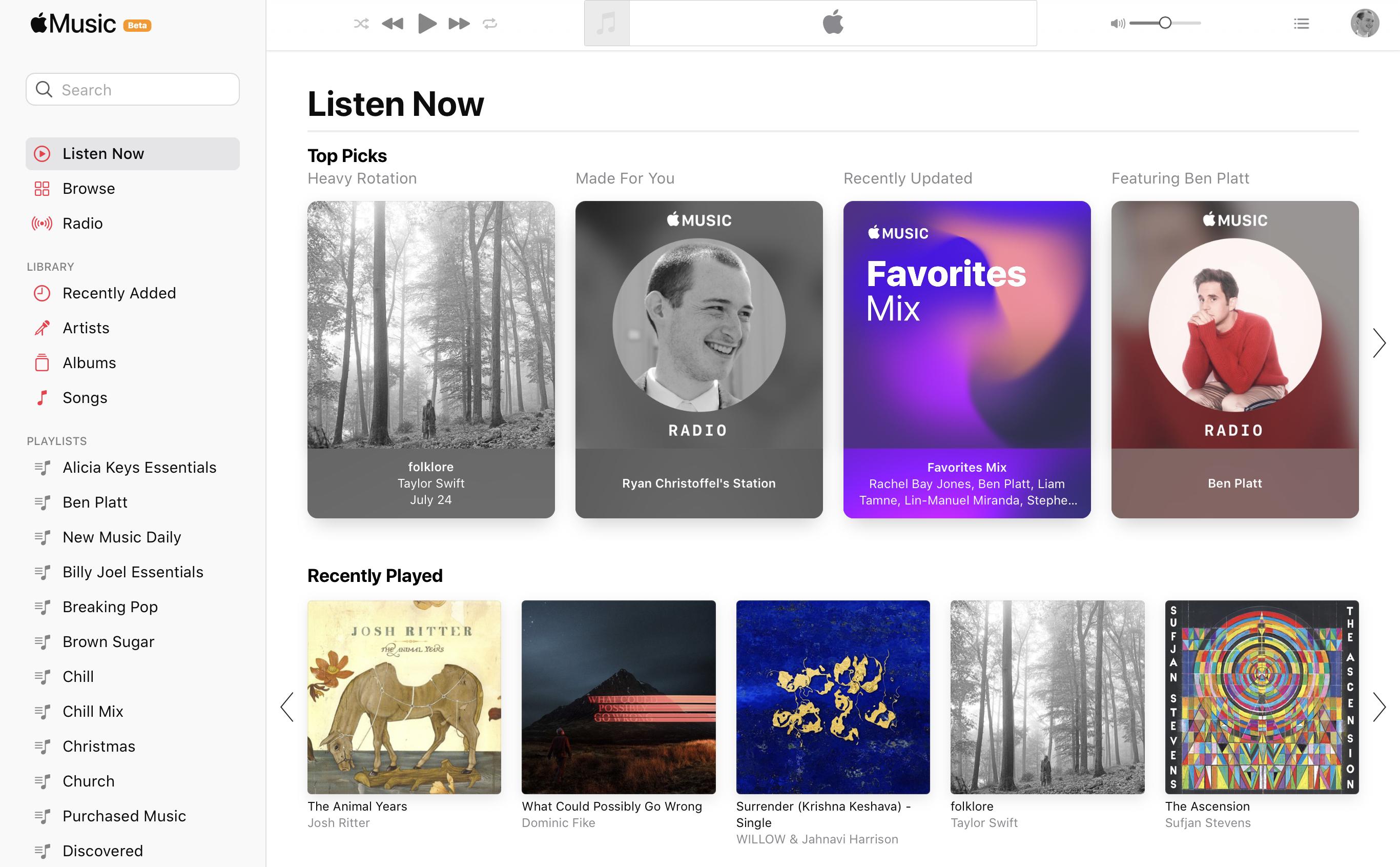 It’s been less than a year since Apple launched its first public beta of the Apple Music web player, which after several months came out of beta earlier this year and resides at music.apple.com. On the heels of an updated Music app in this fall’s releases of iOS, iPadOS, macOS, and more, the company isn’t delaying keeping its web player in-sync with the app versions. A new public beta of Apple Music for web can be accessed now at beta.music.apple.com, sporting a design to match the changes seen in the forthcoming macOS 11 and iPadOS 14, and a new Listen Now page that replaces the prior For You option.

The design refresh doesn’t bring major changes, just aesthetic tweaks to elements like the sidebar. Listen Now represents the most substantial update, but it still works similarly to the former For You page. It contains collections of recommended albums and playlists based on your listening activity, alongside Apple Music’s algorithmic playlists like New Music Mix and Chill Mix. You’ll also find Recently Played, New Releases from artists in your Library, and a new prominent section called Top Picks. After using Listen Now in the OS betas for the last couple months, I’ve grown to prefer it over For You, despite there being relatively few differences between the two. Having Top Picks front and center, for example, is a better choice for me than For You’s placement of the algorithmic playlists up top, since I rarely listen to those.

It’s great to see that Apple Music’s web player will be updated on the same cycle as its apps. Apple’s history with iterating its web apps isn’t great (iCloud.com, anyone?), but to better compete against Spotify, which has a first-class web player, a more intentional approach for Apple Music is needed.

Anyone can access the beta version of Apple Music’s web player at beta.music.apple.com, while the previous version is still accessible at music.apple.com.