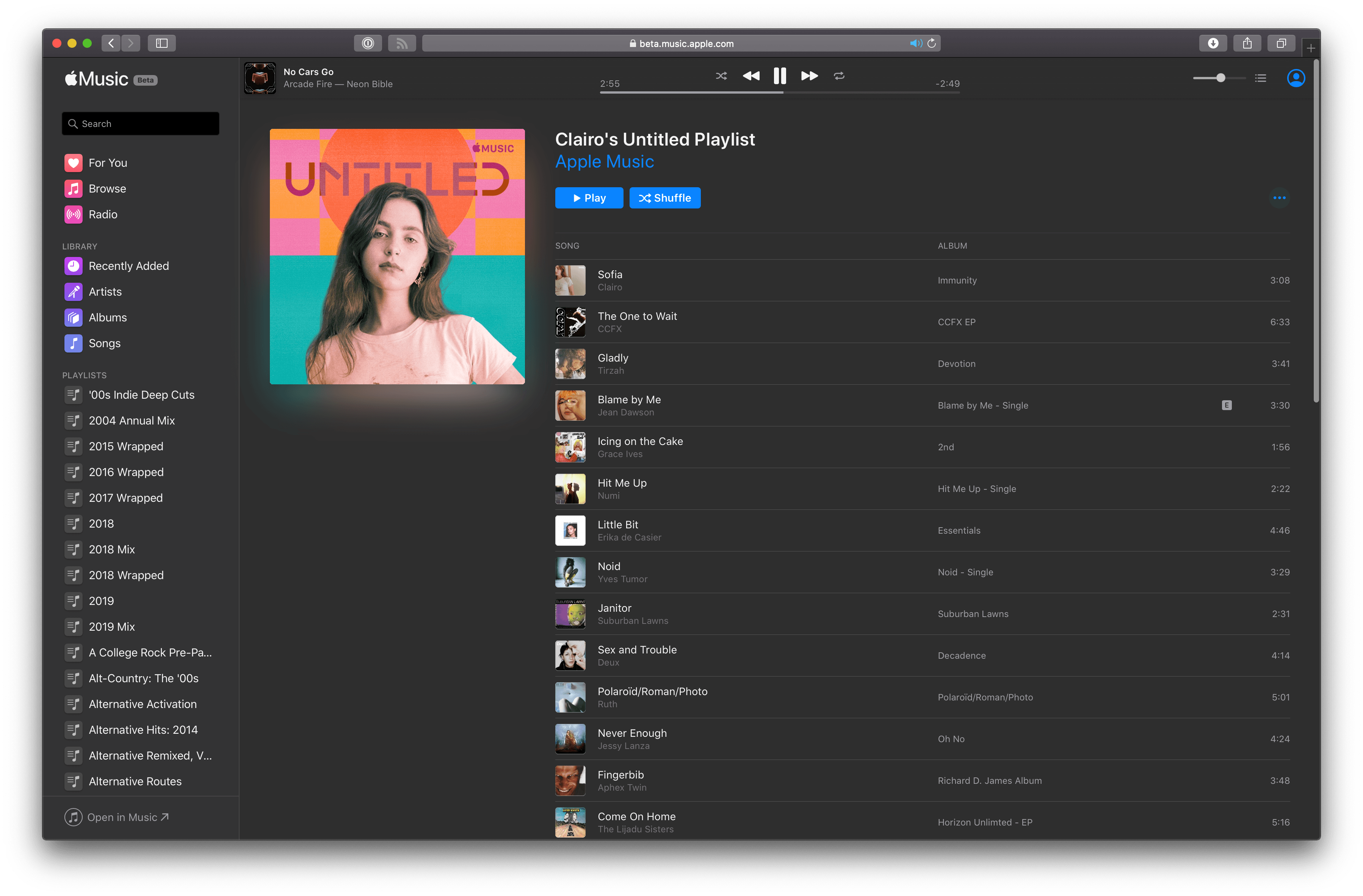 As first reported by TechCrunch and The Verge, Apple has launched a web-based version of its Music app as a public beta at beta.music.apple.com. The app looks and feels a lot like the Music app coming to Catalina later this fall. The two are so close in fact that it’s easy to confuse the two if they’re open at the same time, which I did almost immediately.

Music running in desktop Safari (left) and in the Music app on Catalina (right).

The app features a left sidebar that’s divided into Apple Music’s For You, Browse, and Radio sections followed by your music library which contains Recently Added, Artists, Albums, and Songs. The final section includes playlists you’ve added from Apple Music as well as ones you’ve created yourself.

Playback controls are arrayed across the top of the window. In addition to play/pause and skip forward and back buttons, there are buttons to shuffle and repeat tracks, albums, and playlists, a volume slider, and a button that reveals an Up Next drop-down of songs you’ve queued for playback. When you visit an album or playlist page, there’s a ellipses button the reveals options to Add to Library, Play Next, Play Later, Like, and Suggest Less of This.

The experience is impressively close to the Mac Music app, though there are differences. The artwork for algorithmically generated playlists like the Favorites Mix doesn’t include album artwork. Also, I didn’t see a ‘Friends Are Listening To’ section in the beta, and my Recently Played albums and playlists were in a different order than in the Mac app. 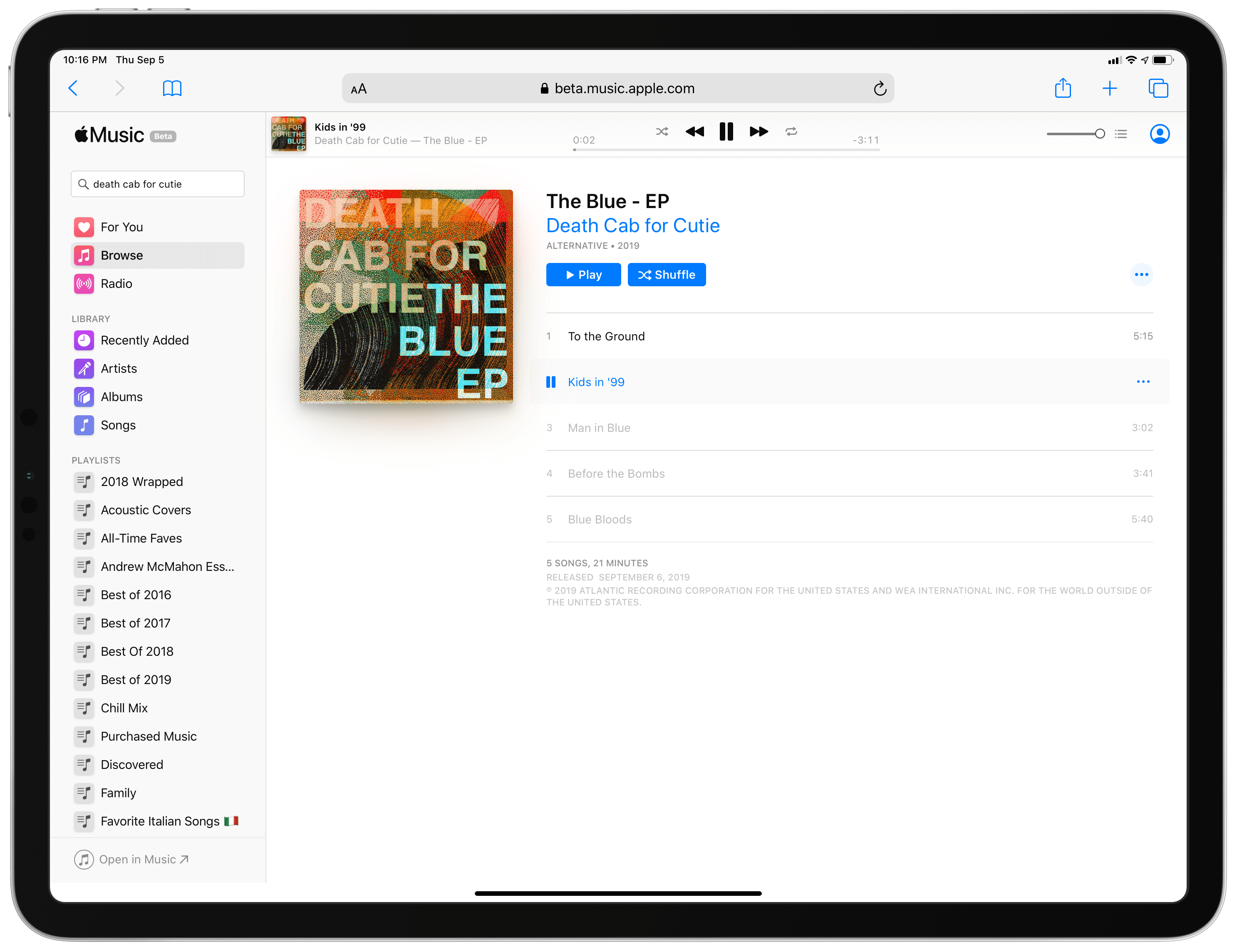 The web app works on both desktop and mobile Safari where it can be saved to your Home screen as a progressive web app. On the iPad, Safari-based Music supports dark mode and Split View too. 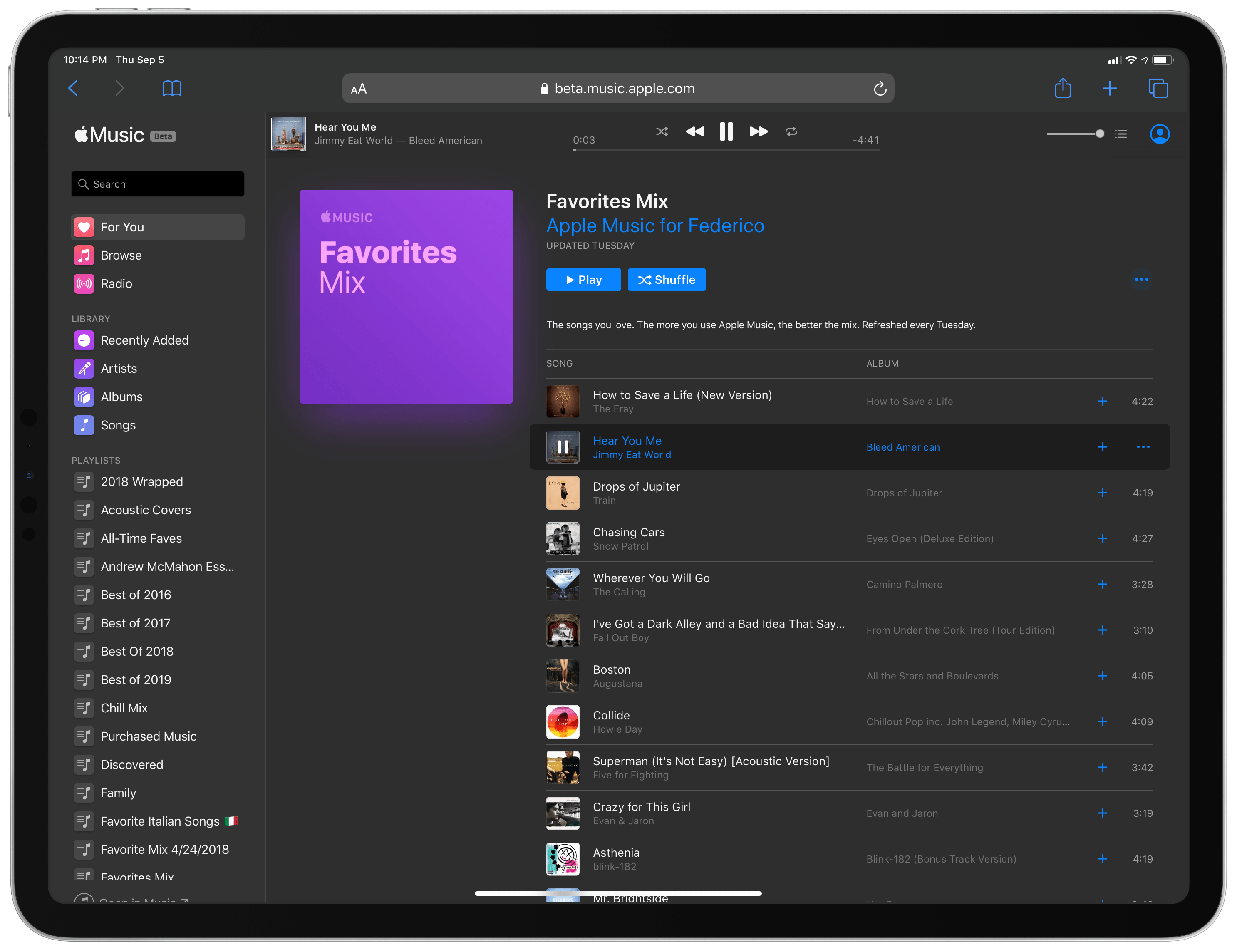 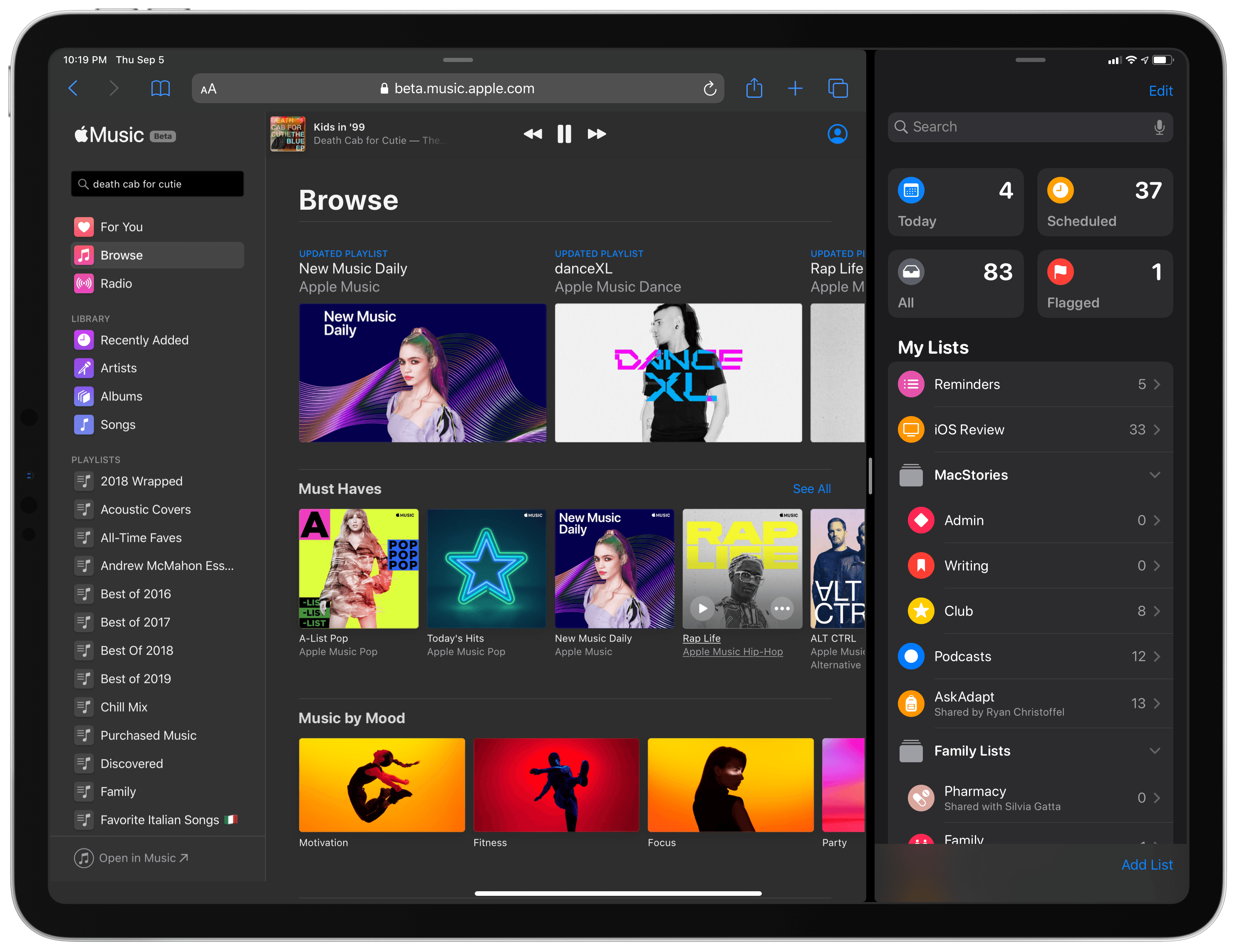 Music in mobile Safari in Split View with Reminders.

I’ve only had a short time to play with Music in Safari, but I’m impressed with what I’ve seen so far. With very few exceptions, the beta is already the full Music experience providing access not only to Apple Music streaming content but also your entire music library. This is an excellent option for anyone who doesn’t have access to a Mac or iTunes on Windows at work or elsewhere. I wouldn’t be surprised if this solution eventually replaces iTunes on Windows, which does not appear to be getting an update alongside Catalina.