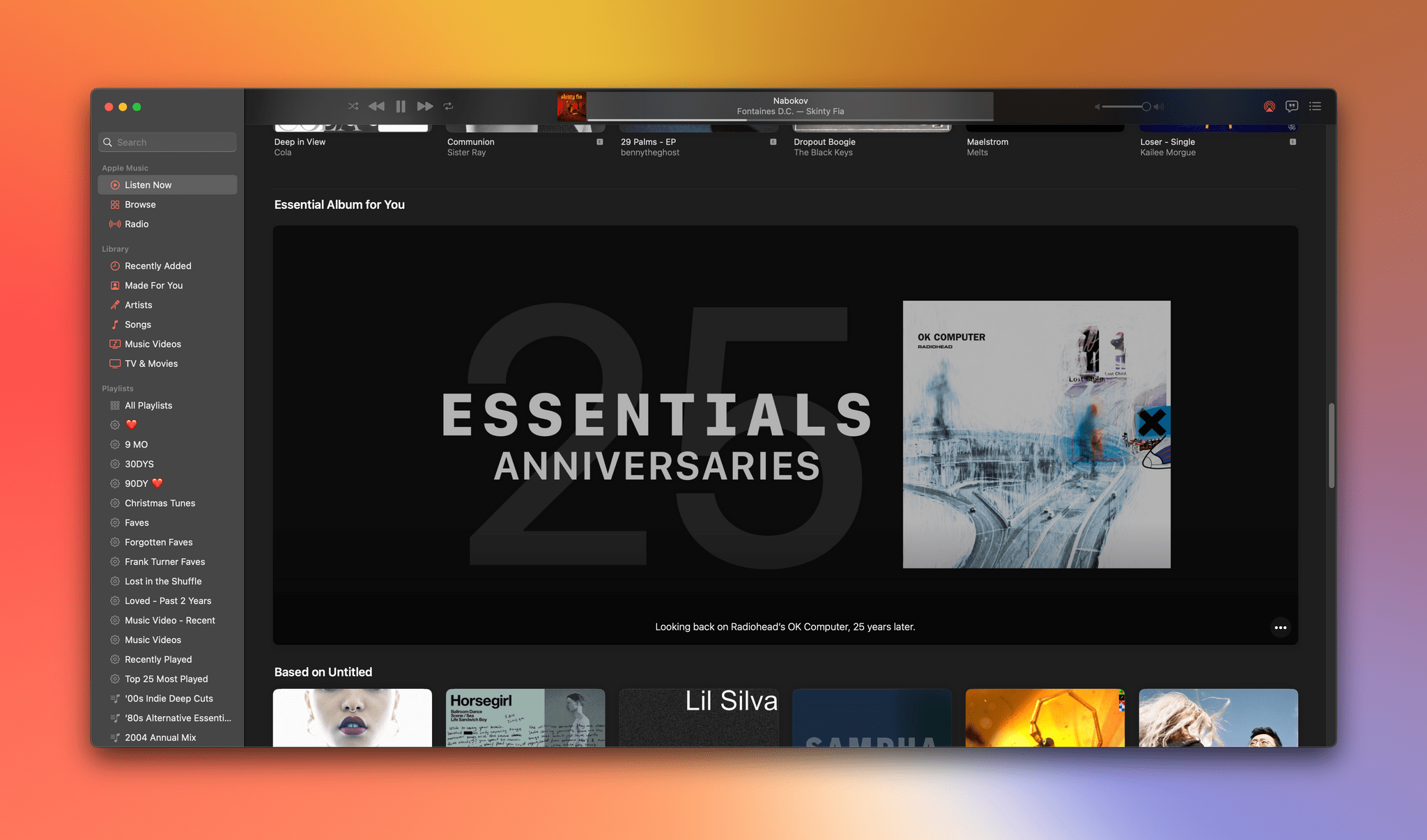 Update: It turns out that Essentials Anniversaries is not a new feature, but isn’t something that has been heavily promoted in the Listen Now tab of Apple Music before. You can read the original post below.

Apple Music was quietly updated today with a new feature: Essentials Anniversaries. The new Apple Music section features landmark albums from artists organized by their anniversaries, from five-year anniversaries all the way to 65-year-old albums.

The first featured anniversary is OK Computer by Radiohead, which celebrates its 25th anniversary tomorrow, May 21, 2022. The new Essentials Anniversaries section includes Radiohead’s album, a handful of music videos, and something new: an episode of an Apple Music radio show also called Essentials Anniversaries. The first episode is hosted by DJ Matt Wilkinson, who introduces most tracks, providing context and commentary and interviewing people involved in the production of OK Computer. 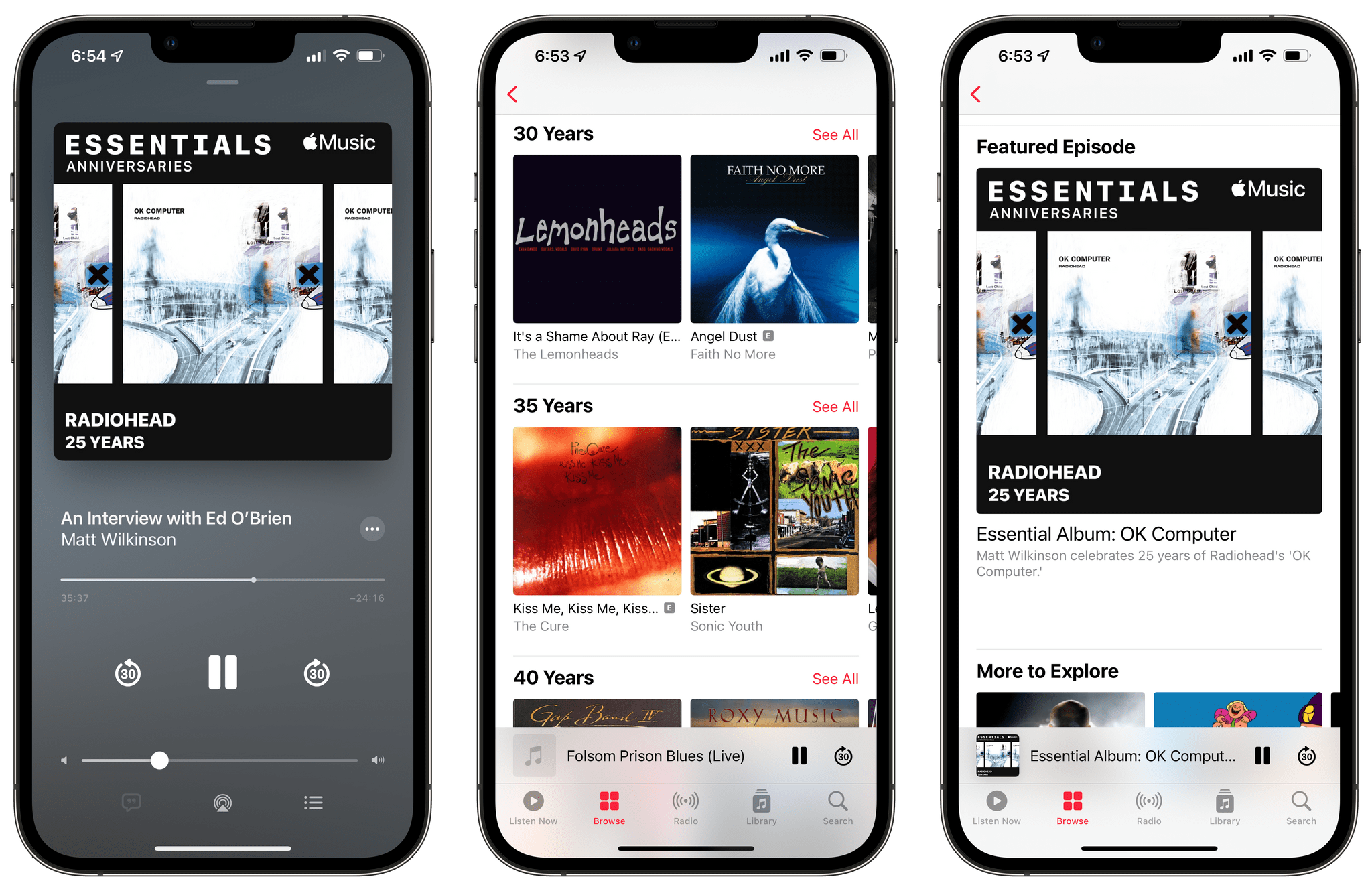 It’s not uncommon for Apple Music to receive updates throughout the year. Updates to the service haven’t been timed to Apple’s OS update cycle for a while but tend to come in batches. Case in point, earlier this week, Apple began promoting Apple Music Live, a series of livestreamed concerts that start today with a show by Harry Styles.

I’ve been listening to the OK Computer episode of Essentials Anniversaries, which runs for about an hour, and it’s excellent. Wilkinson, who is one of my favorite Apple Music DJs, does a fantastic job providing context for each track and conducting short interviews that provide a sense of the album’s import and place in history.

It appears that Essentials Anniversaries is still rolling out worldwide, so you may not see it on all of your devices, but if you want to check it out, here’s a link to the new section.

This and the introduction of more live music with the concert series that Harry Styles kicks off later today are exactly the kind of thing Apple Music needs to fuel discovery and renew interest in the service. I’m looking forward to seeing where both of these features lead next.