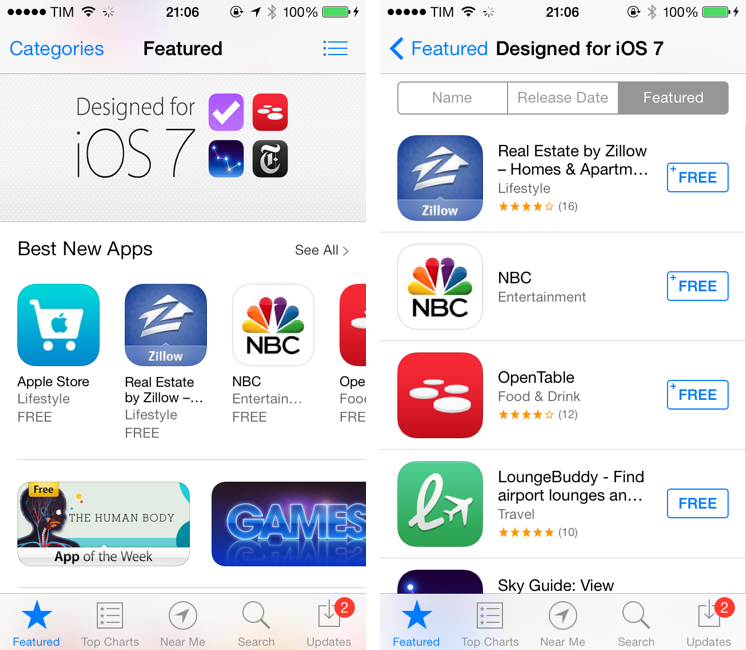 Following the public launch of iOS 7 earlier today, Apple has now launched a new section on the App Store aimed at showcasing apps that have been redesigned and updated to take advantage of iOS 7.

The section, called “Designed for iOS 7” can be accessed by opening the front page of the App Store on any iOS device. At the moment of writing this, the section collects 45 iPhone and iPad apps that have been updated for iOS 7, including big names like Evernote, TED, and OpenTable, as well as apps from independent developers like Twitterrific, Reeder 2, Pocket Casts 4, and Perfect Weather.

Today, Apple is also promoting individual iOS 7 apps on the front page of the App Store with custom banners and links to other iOS 7-related sections, such as Newsstand apps.

Back in July, I wondered how Apple would promote apps made for iOS 7:

Apple isn’t new to custom sections and features for apps that have been enhanced for new system features, OS releases, or new devices. iOS 7, however, will effectively split the App Store in two: apps that were built before iOS 7, and those from developers who care about supporting this major change. This wouldn’t be a problem if every app on the App Store was updated regularly; unfortunately, cleaning the App Store’s back catalogue isn’t a new topic of discussion – today, there are apps on the Store that haven’t been updated in 2 or 3 years (I found apps last updated in 2008) and that will likely remain unchanged with iOS 7. Does Apple want to treat those “classic” apps in the same way that modern iOS 7 apps should be treated?

Apple isn’t new to custom, curated sections on the App Store, and it’ll be interesting to see how they will continue to promote iOS 7 apps over time and organize search results to highlight apps that have been updated in recent months.

You can view the “Designed for iOS 7” section here. Our coverage of iOS 7-ready apps can be found here. 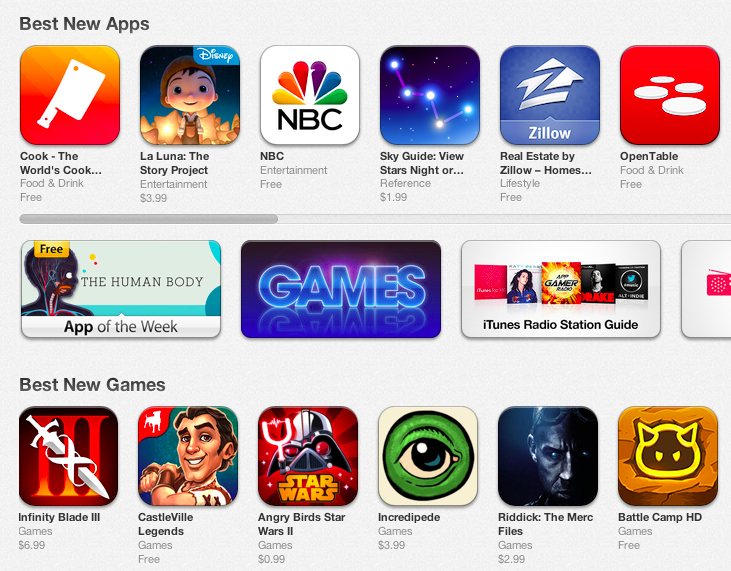 Update 3:20 PM EDT: Today, Apple has also updated the name of the “New & Noteworthy” section that is featured on the App Store’s front page and individual categories. Now, Apple is separating “Best New Apps” from “Best New Games”, as you can see in the screenshot above. It appears that Apple is, however, featuring the same amount of items in each section as before, which would make for twice as many apps and games featured by Apple each week.