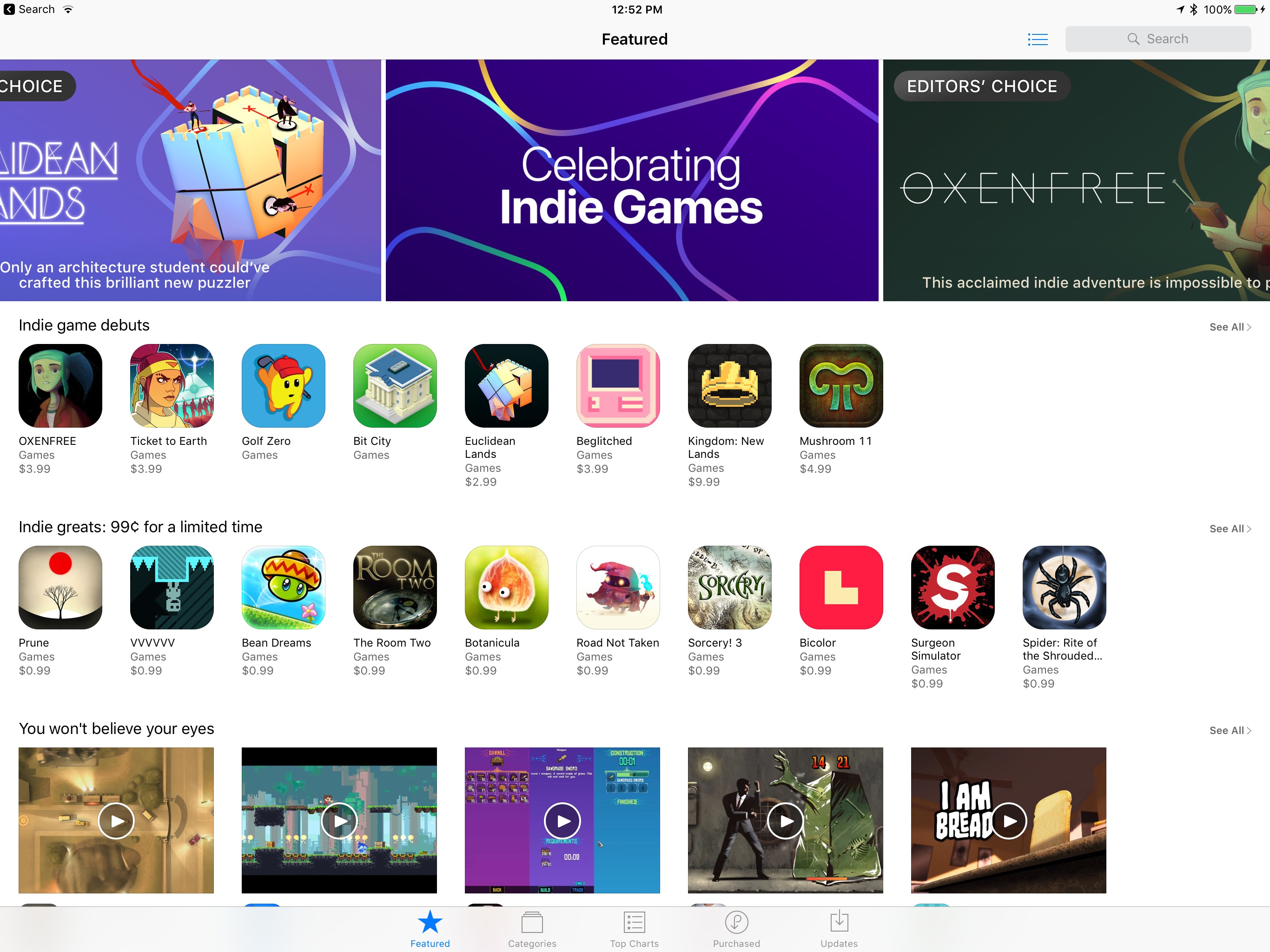 In a continuation of its current promotion of indie games, the App Store has now added a new section dedicated to featuring indie titles.

The section kicked off today and will run indefinitely, according to Apple, featuring new games daily, along with highlighting older titles. The games are a mix of free-to-play and paid titles, all selected by the same editorial team that has been highlighting games through the App Store’s history.

The indie games section can be accessed by tapping the ‘Celebrating Indie Games’ banner at the top of the App Store. Currently it includes featured columns like:

This new dedicated hub for indie games is available on the tvOS App Store as well, highlighting the kind of quality games that are available not only on Apple’s mobile devices, but also its television platform.

Though Apple has stated that the indie games section will be a permanent fixture, it’s unclear at this point in what location it will live on. After the current indie promotion ends, will it remain as the top featured banner a while? Or in another featured banner further down on the App Store page? We’ll have to wait and see. In any case though, in an App Store that’s often dominated by big players, it’s exciting to see extra attention pointed toward indies.