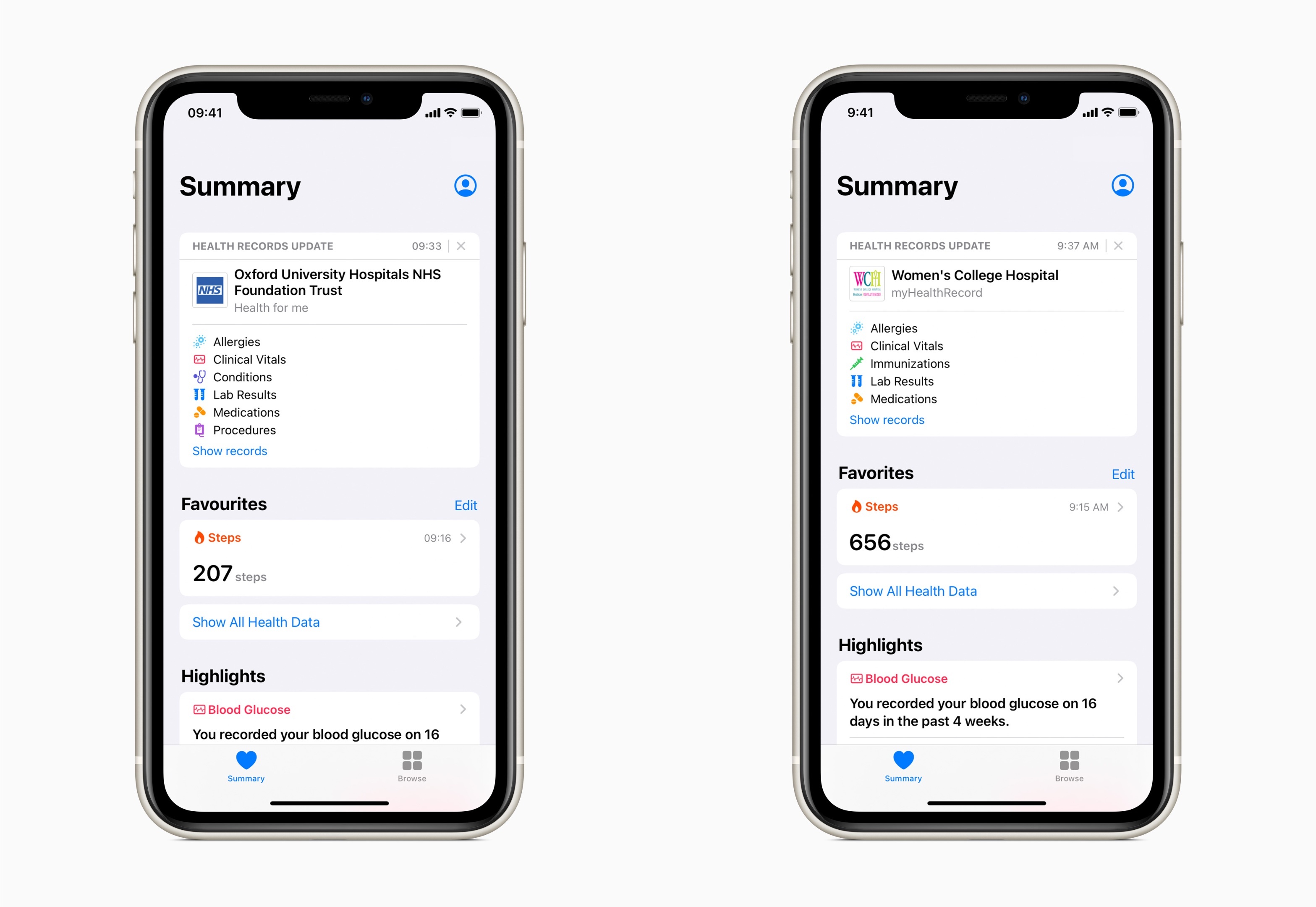 Apple’s Health Records feature was added to the Health app for US residents in early 2018. In the years since, Apple says the feature has been adopted by over 500 institutions with over 11,000 care locations. Now, Health Records is expanding to the UK and Canada for the first time.

Initially, the feature will be used by two institutions in the UK and three in Canada. In the UK, Health Records is being adopted by Oxford University Hospitals NHS Foundation Trust and Milton Keynes University Hospital NHS Foundation Trust. In Canada, Women’s College Hospital, St. Joseph’s Healthcare Hamilton, and Mackenzie Health are adding the feature.

“We designed Health Records on iPhone to empower people to easily view their health records at any time, and we are thrilled to put this feature in the hands of customers in the UK and Canada,” said Kevin Lynch, Apple’s vice president of Technology. “We believe people should have access to their health information in the most private and secure way, and we have worked hand in hand with healthcare institutions and organizations to put privacy at the center of the patient experience.”

It’s great to see Health Records extending beyond the US. Healthcare is a highly regulated industry worldwide, so it’s no surprise that it has taken time for the feature to expand beyond the US. Hopefully, this is just the start of a broader rollout.