When Apple introduced the iPhone and Steve Jobs showed how to unlock it for the first time, people went “ooohhh”. Back then, it was a revolution. Over the years smartphone makers and OS designers for touch screen-enabled mobile devices have been trying to copy Apple’s unique implementations and to reach the bar set high by Cupertino’s magical designers.

Three years ago Apple filed patents for the two most distinctive features of the iPhone: “slide to unlock” in the lockscreen and pop-up letters when you type on the virtual keyboard. Perhaps you’re so used to them you wouldn’t even think there’s a need to patent them.

Indeed there is, and United States Patent and Trademark Office has granted Apple two design patents titled “Animated graphical user interface for a display screen or portion thereof ” that will allow Steve to keep on sliding on his iPhone 5 while wandering around Google’s campus without the fear of being observed by Eric Schmidt and his evil design team.

I guess that’s what Apple patents are all about. 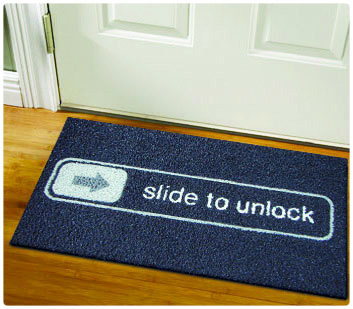