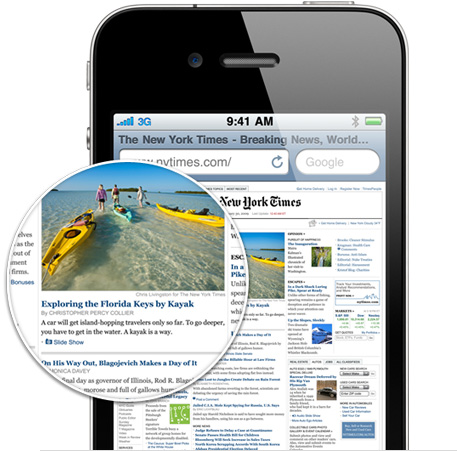 At Apple’s financial report yesterday there was an interesting revelation by Tim Cook that Apple had recently begun entering agreements with suppliers of key components. The agreement is presumed to be around $3.9 billion dollars and would secure the key strategic resources used in Apple’s products going into the future and there are suggestions it’s for high resolution displays.

As to what components are being secured, Cook didn’t elaborate but did say the deals were similar in nature to the flash memory deals of late 2005. That deal, and subsequent deals around flash memory secured supply for many of Apple’s portable devices including the iPhone and more recently the iPad.

Tim Cook commented that Apple believed the flash deals were “an absolutely fantastic use of Apple’s cash, and we constantly look for more of these.” Cook said that Apple had indeed “identified another area and come to some recent agreements” which was explained to total $3.9 billion dollars at the moment.

Engadget and other reporters have commented that the most likely component to come to mind is display’s, specifically high density displays that the iPhone 4 and the fourth generation iPod Touch contain. Engadget speculates that the deal (which Cook said was with three manufacturers) could be Toshiba and Sharp. However there is no concrete evidence and for all we know it could be a deal for camera’s, batteries or even something as mundane as the glass.

What benefit does the consumer have from such a deal? Well it depends what product you are buying; by securing supply Apple will be able to keep prices down even if demand outstrips supply. It is those manufacturers that don’t have supply deals and require the components that will have to pay more and thus charge more for their product.

Macworld transcribed the whole call and below is Tim Cook’s full discussion on this issue in response to a reporter’s question on which component areas Apple was making long term commitments in;

On the operational side of the house, as you probably remember, we’ve historically entered into certain agreements with different people to secure supply and other benefits. The largest one in the recent past has been, we signed a deal with several flash [memory] suppliers back in the end of 2005 that totaled over a billion dollars, because we anticipated that flash would become increasingly important across our entire product line and increasingly important to the industry. And so we wanted to secure supply for our company. We think that was an absolutely fantastic use of Apple’s cash, and we constantly look for more of these. And so in the past several quarters, we’ve identified another area and come to some recent agreements that Peter talked about in his opening comments. These payments consist of both pre-payments and capital for process equipment and tooling. And similar to the flash agreement, they’re focused in an area that we feel is very strategic. And so I’d prefer not to go into more detail about what specific area it’s in, but it’s the same kind of thinking that led us to those deals.