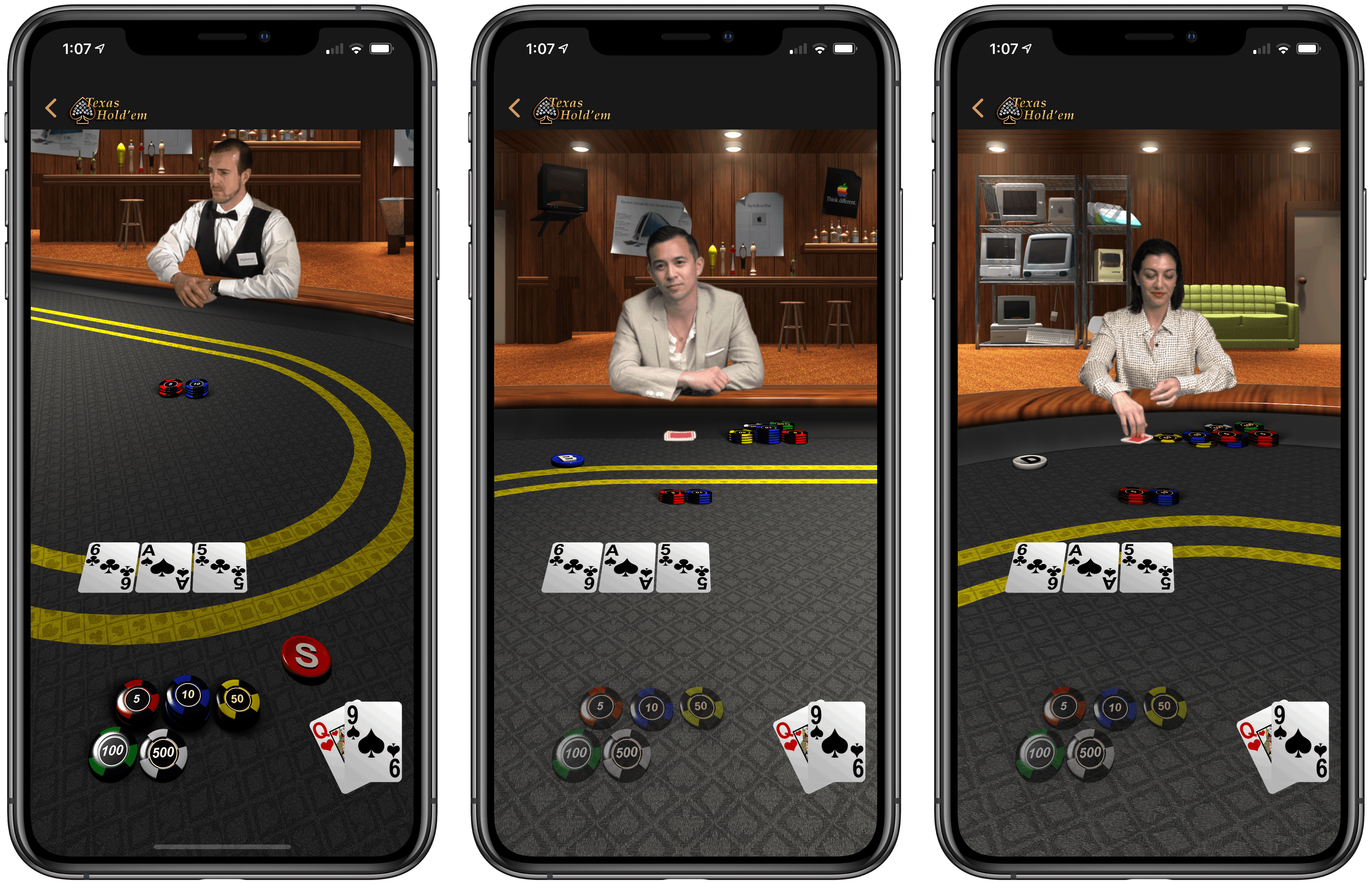 When the App Store opened for business in 2008, Apple released Texas Hold’em, the company’s first and only iOS game and successor to an iPod version that debuted in 2006. The game, which Stephen Hackett profiled for MacStories last year was short-lived, disappearing from the App Store in 2011.

In the eight years since the game’s release, Apple has left the iOS game market to third-party developers, with the exception of Warren Buffett’s Paper Wizard. Today, however, the company released an updated version, which was spotted by an eagle-eyed 9to5Mac reader. Strangely, the game’s description says the release is meant to celebrate the App Store’s 10th Anniversary, which occurred last July 10th, not quite 11 years ago today.

In any event, Texas Hold’em is back with new graphics to support the resolution and screen sizes of modern iPhones along with new characters and ‘more challenging gameplay.’ The app, which originally sold for $4.99, is now free too.

Launching the game for the first time in many years, brought an instant wave of early App Store nostalgia. Even if card games aren’t your thing, Texas Hold’em is worth a look because so much of the original feel of one of the earliest iPhone games is preserved in this update.

Texas Hold’em is available as a free download on the App Store.