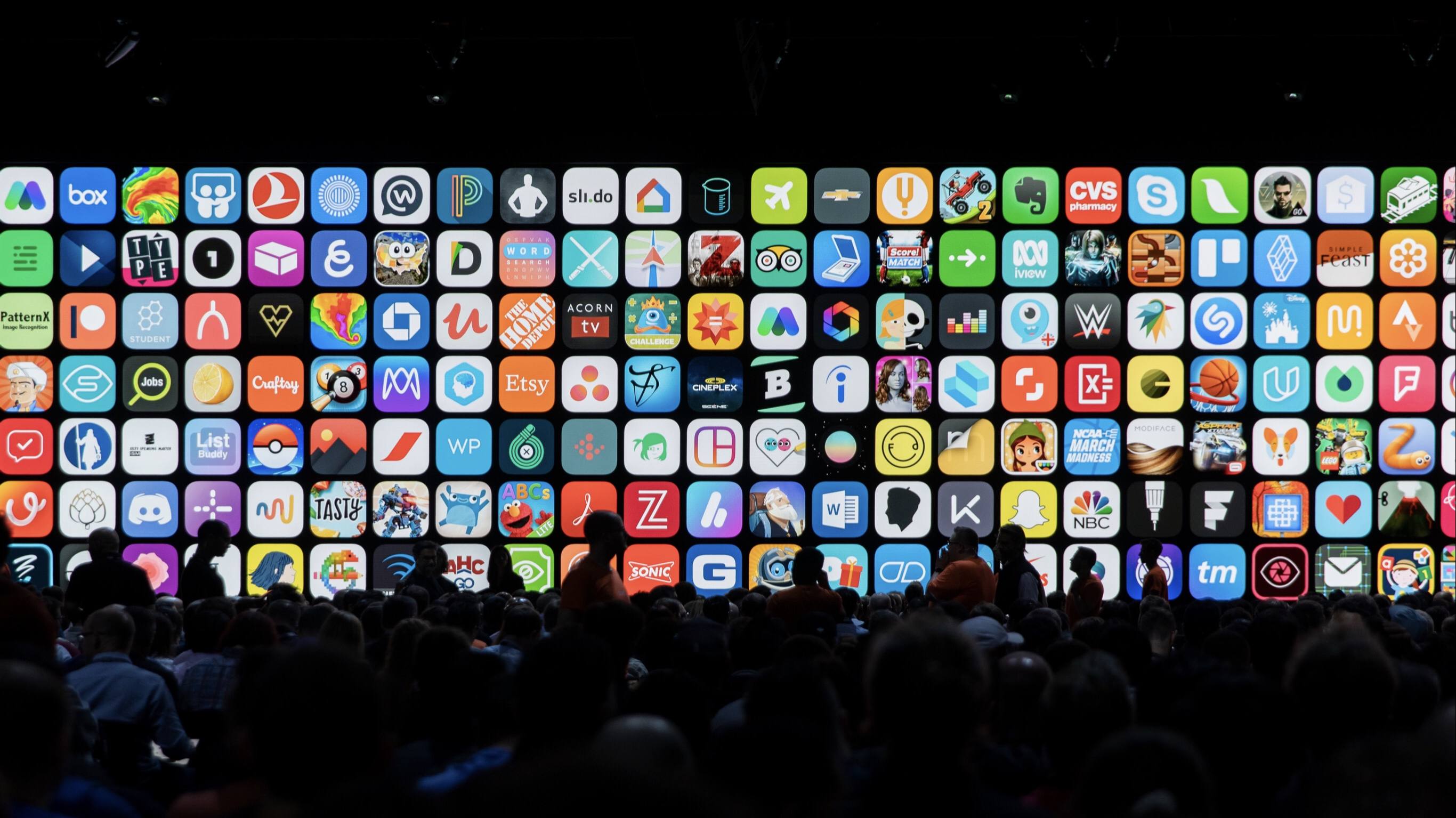 Apple has just about always offered iOS apps on the App Store, separate from what apps come bundled on its devices from the factory.

Sometimes, these apps get promoted to being part of the iOS image, like Podcasts and iBooks have. Once stuck hanging out on the App Store, they now ship on the iPhone and iPad by default.

A lot of other apps weren’t luck enough to get that lifeline, and have since been removed from the App Store. Let’s take a look at a few examples.

We start this journey through time with Texas Hold’em, which originally debuted on the iPod way back in 2006. That’s right, this title started life out being played with a clickwheel.

Texas Hold’em was one of several games announced for the iPod at the company’s September 2006 music-focused keynote. EA had developed several titles, including classics like Tetris, Mahjong, but Texas Hold’em and Vortex were reported to have been developed by Apple itself. These titles were $4.99 each (with some demos available) and worked with the 5th generation iPod.

The iPod version included a couple of incredible Easter Eggs, as pointed out by Macworld: 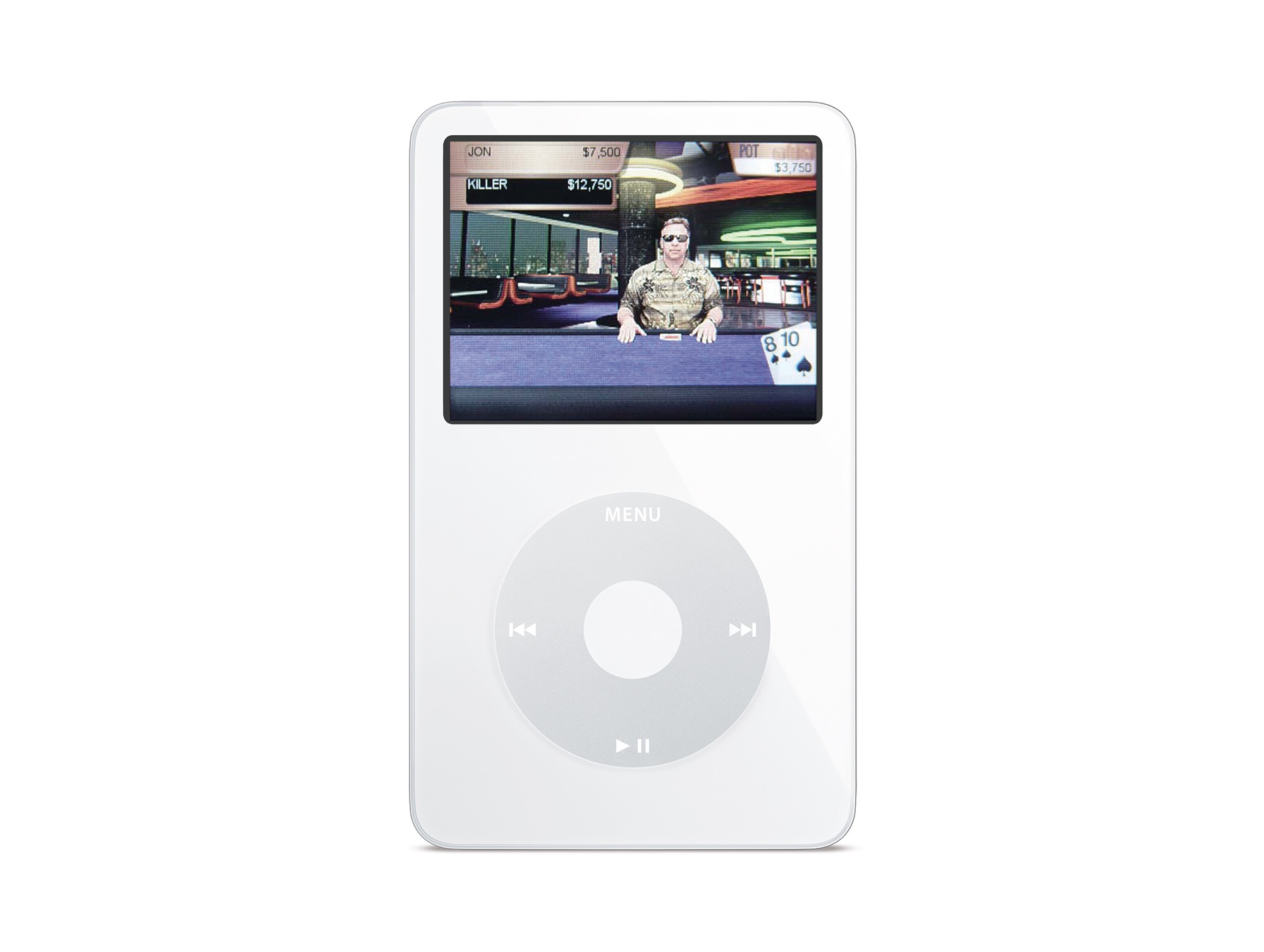 With the advent of iOS apps, Texas Hold’em made the jump from the iPod clickwheel the Multi-Touch screen of the iPhone. The new version even had its own page on Apple’s website:

Go all in with Texas Hold’em, a new iPod touch and iPhone application. Play against realistic opponents in single-player mode. Or play over a Wi-Fi network with up to eight of your friends. Drag your chips to go all in. Flick your cards to fold. Double-tap the table to check. Everything that makes Texas Hold’em so wildly popular now fits in your pocket. And it’s available from iTunes for just $4.99. Jonathan Seff at Macworld was impressed by the app’s visuals:

The characters you play against look great: Their movements are much smoother, more realistic, and more complex than in the original iPod version. When these animated characters bet, the amount of chips they push in is actually relative to the size of the bet (the whole stack makes the journey when characters go all-in). When you win a hand, the dealer pushes the pot in your direction, then gives you a clap and a thumbs-up. (All these animations explain the app’s huge 128MB download size.)

Texas Hold’em is an incredibly smart poker game with great production values, an easy-to-use interface, and great gameplay. A poker fan of any stripe – newcomer or seasoned – will find a lot to like in here. Best of all, Apple knows how to price a game. Five dollars is a true bargain, making Texas Hold’em an easy game to recommend.

Texas Hold’em was off to a great start, but it seems that Apple lost interest in the project. The app was taken down from sale in the fall of 2011. Apple hasn’t launched a first-party game since.

In July of 2010, Apple held a press conference to address the Antennagate scandal that surrounded the launch of the iPhone 4. That press event wasn’t praised by everyone in the press, but it ended with Apple giving any iPhone 4 customer a free case if they wanted it. 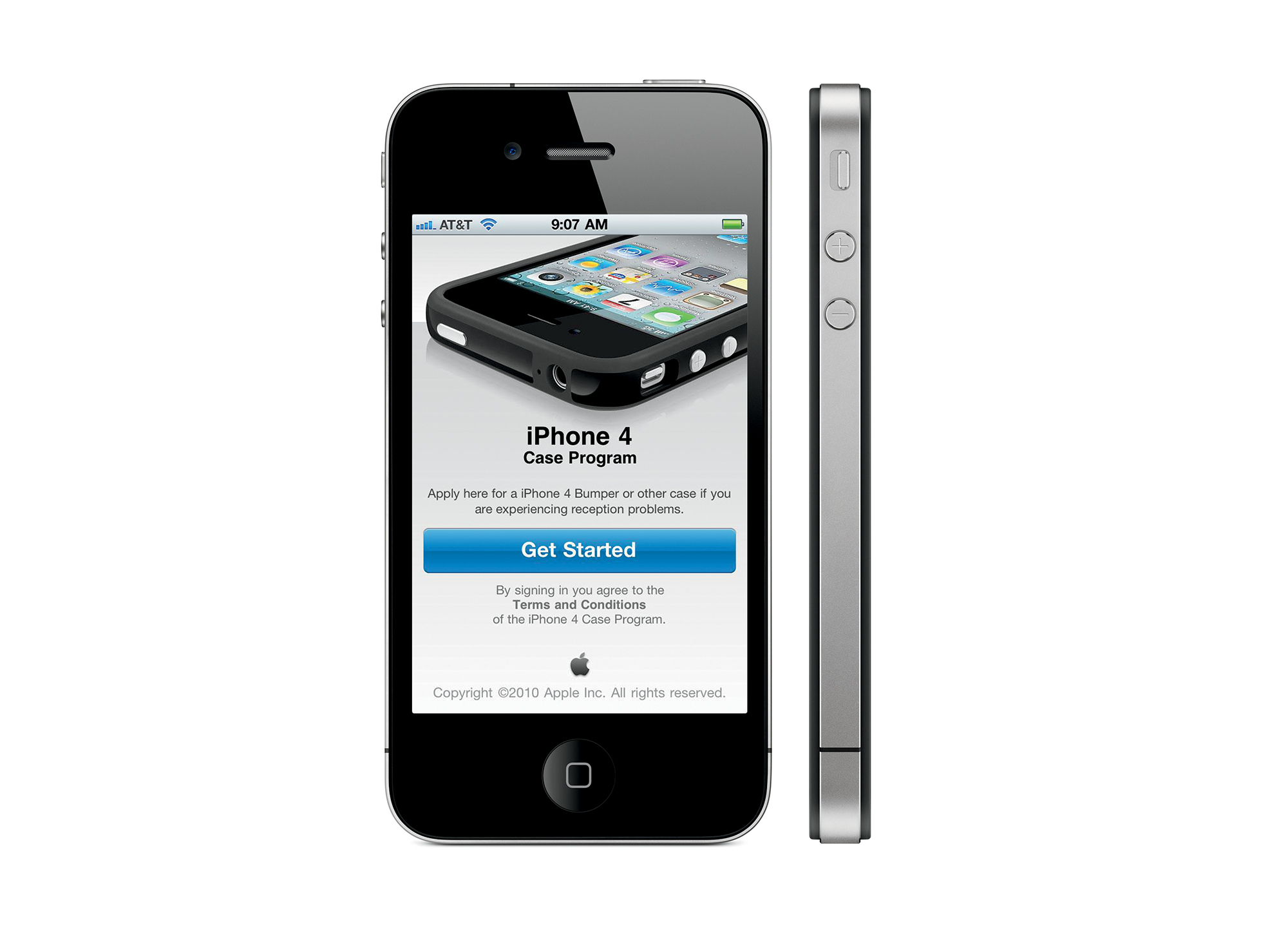 To make this possible, Apple released an iOS app to let customers pick and order which case they liked best. Dan Moren at Macworld had details:

Tapping on any of the cases will give you a description of the case as well as a photo gallery of a few images to allow you to get a better look at the prospective cases. When you’ve made your choice, you simply tap on the Select button for the case that you want. Apple will ask you to confirm your personal information (name, address, e-mail, phone, etc.); tap Place Order and blammo, you’re done.

Apple used an app to do this instead of its website so it could verify the serial number and IMEI of a customer’s phone to ensure they were indeed using an iPhone 4. Assumedly, this was to cut down on people trying to pull a $49 heist over on Apple.

In the spring 2010, as part of iOS 4, Apple announced iAd, a rich media advertising platform for developers to monetize their ads. Apple was pretty proud of it:

iAds combine the emotion of TV advertising with the interactivity of Internet advertising, giving advertisers a dynamic and powerful new way to bring motion and emotion to mobile users.

iAds were presented as banner ads that a user could tap to launch interactive experiences built with HTML5 and JavaScript, all without leaving the app. On stage, Steve Jobs showed ads complete with video clips, interactive content and more. This video shows what sorts of things were possible with the platform.

This all put Apple in an unusual position for the company. Apple both sold and served the ads, paying developers 60% of the revenue generated by the program. This all felt weird in 2010, and is hard to imagine now, just eight years later.

In April 2011, the company released a free iPhone app named iAd Gallery. The app let a user view some of the latest placements on the iAd Network, as the store description outlines:

The iAd Gallery is a celebration of advertising, featuring iAd campaigns from some of the world’s best brands and their advertising agencies. The iAd Gallery gives you easy access to a selection of the fun and informative ads that have run in some of your favorite apps. Use the Browse feature to discover ads you haven’t seen, or to find those you want to see again. Even lets you tag your favorites to a Loved section that’s all your own.

This app is exactly how it sounded:

Not everyone was excited about this app. Dan Fromer wrote:

Apple’s new “iAd Gallery” iPhone app, which shows off the iAds that its advertisers have purchased, is theoretically in violation of Apple’s own App Store guidelines, which the company published last year.

Let us direct your attention to guideline 2.13, “Apps that are primarily marketing materials or advertisements will be rejected.”

The truth is, of course Apple won’t reject its own app because it violates one of the Guidelines. They manage and have the ultimate word on the App Store, and they can release whatever they want under the Apple, Inc. name. But looking at the big picture, it is kind of funny that Apple is distributing an app that would have been rejected if it came from someone else.

The app was quietly removed from the Store in July 2014, after being neglected for a couple of years. The iAd network itself followed suite in June of 2016.

Cards was another Apple-built iOS app with a short life. Introduced alongside iOS 5 in 2011, it was killed off in just two short years, going away in September 2013. 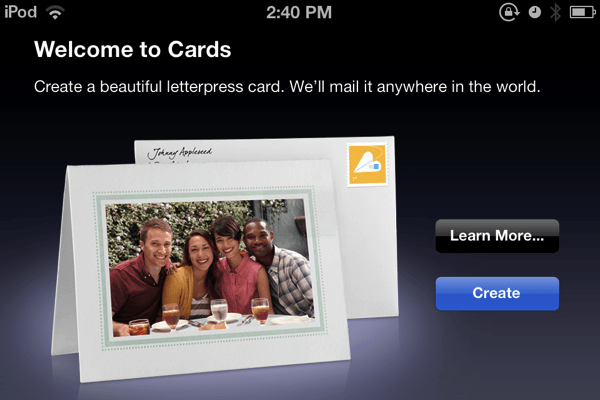 DetroitBORG on YouTube posted an in-depth walkthrough of the app, which allowed users to create a greeting card from a wide range of templates and have it mailed to a recipient of their choice:

Cards wasn’t Apple’s first attempt and having a custom greeting card service, as I wrote over on iMore when discussing iTools:

Arguably, Apple’s cards were better-looking and classier than those offered by other greeting card sites at the time. That likely contributed to iCards’s eight-year run — the page was shuttered in 2008 with the release of MobileMe.

Digital cards were nice, but the ability to create fully-custom digital and physical cards (and other stationary) within iPhoto and Aperture — and later, Photos and the now-discontinued Cards for iOS app — ultimately doomed the website.

In short, “Create a new cards service” should always be on your WWDC bingo sheet.

In March 2012, Apple announced iPhoto for iOS, a $4.99 version of its desktop photo client designed for editing and organization of digital photos. The app ran on the iPhone, iPad and iPod touch with an interface that could be a bit overwhelming at first.

Federico mentioned this in his review:

The whole app uses a series of skeuomorphic metaphors to lay out its interface elements. The library is made of glass shelves; albums are books; photos sit on top of a linen background; brushes are actual brushes and effects are organized inside a rotating menu/palette that I’ll just embed for the sake of convenience. Let’s not forget that the crop & straighten UI is driven by a rotating dial, too.

Whilst liking or not liking iPhoto’s UI is mainly a matter of preference, what I find interesting is that almost every function can be accessed in two ways: the skeuomorphic representation, and gestures. To crop, you can pinch and pan the image around; to adjust highlights/shadows and exposure, you can either use the sliders at the bottom , or tap & hold then swipe on screen to manually pick the amount of adjustment you want to apply. To adjust saturation, skin tones, blue skies and greenery, you do the same, only in a different tab. Some menus like white balance (9 choices in there) and the aforementioned effects are UI-only, but I think it’s important to note how gestures are indeed becoming the new keyboard shortcuts that are capable of coexisting with the touch-driven interface.

iPhoto also suffered from having to operate within iOS’ very limited file management framework at the time, and was riddled with bugs. iPhoto 2.0 for iOS made it out in October 2013, and freed the app from its skeuomorphic shackles while improving performance, but I don’t think it ever outran its poor reputation. iPhoto for iOS was replaced by Photos in iOS 8.

Today, Apple offers several apps on the App Store. Are projects like Music Memos or Clips doomed to fail like so many of their predecessors, or will they be folded into iOS itself at some point? If you are a fan of these apps, you should hope for the latter.