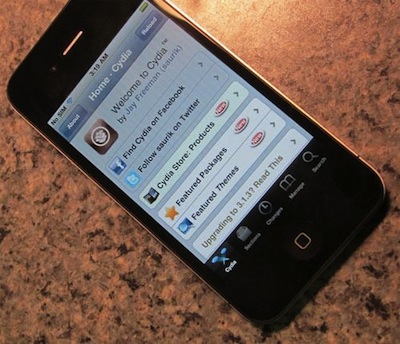 In spite of the Digital Copyright Millenium Act marking the iPhone “jailbreak” procedure as legal, it appears that Apple is still going after hackers and jailbreakers who modify its mobile OS to install unapproved apps and use the handset on unsupported carriers, the NBC reports. By definition, “jailbreak” refers to a set of tools and hacks used to run software and third-party apps Apple doesn’t want in the App Store, whilst “unlock” is a term to indicate the hacks that allow users to let the iPhone work on carriers that don’t support the device, like T-Mobile in the US or other carriers worldwide. Unlock tools and various jailbreak techniques have existed since the original iPhone came out. Most notably, unlock app Ultrasn0w and jailbreak software like PwnageTool, Spirit, Blackra1n and Limera1n.

When the DCMA marked jailbreak legal for all owners of a smartphone, Apple replied jailbreak would still void the warranty of a device and was the main cause of iOS (iPhone OS back then) crashes and malfunctions.

According to today’s report, Apple is asking the Federal Government – and specifically, the Copyright office – to “crack down” on hackers jailbreaking the iPhone.

Current jailbreak technologies now in widespread use utilize unauthorized modifications to the copyrighted bootloader and operating system, resulting in the infringement of the copyrights in those programs,” Apple told the U.S. Copyright Office.

Apple owns the copyright on iOS, but it’s unclear whether or not a copyright infringement claim could change the rules set in the Digital Copyright Millenium Act. Either way, Apple doesn’t want its users to modify iOS – jailbreak may lead to “instability, disruption of services, and compromised security.”