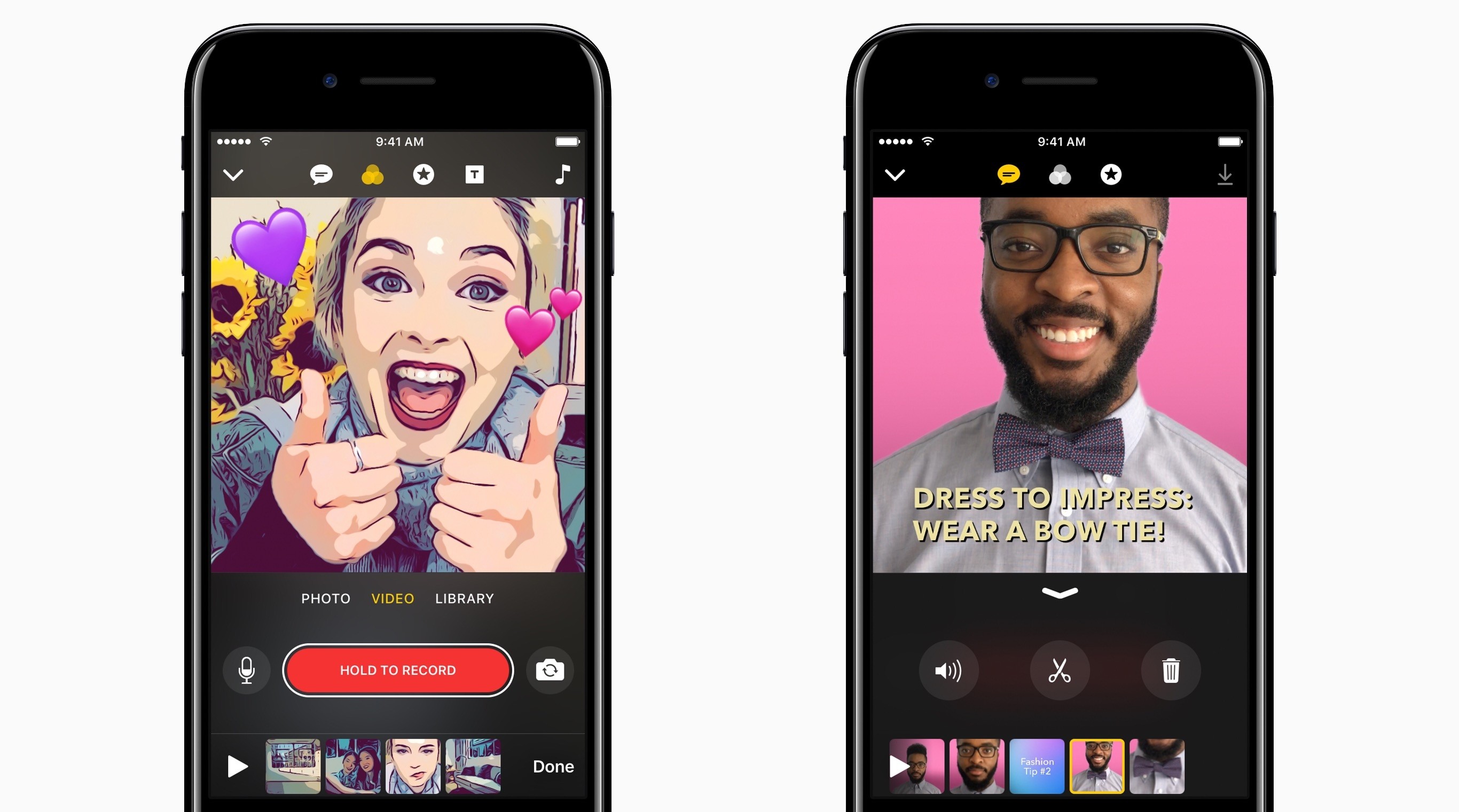 Apple announced today that it is launching a new video app called Clips in April. The app lets users combine video, photos, music, and more and then share their creations with Messages, Instagram, Facebook, and other social networks.

Apple is touting a feature called ‘Live Titles’ that:

Apple’s press release emphasizes the simplicity of making videos with Clips positioning it as a simple and fun alternative to something like its iMovie app. Videos can feature multiple clips and photos that can be shot live or chosen from a user’s Photo Library. Filters, speech bubbles, shapes, emoji, full-screen posters with animated backgrounds, and customizable text are also available to enhance your videos. Soundtracks can be chosen from a library of dozens that come with Clips and automatically adjust to fit the length of users’ creations. 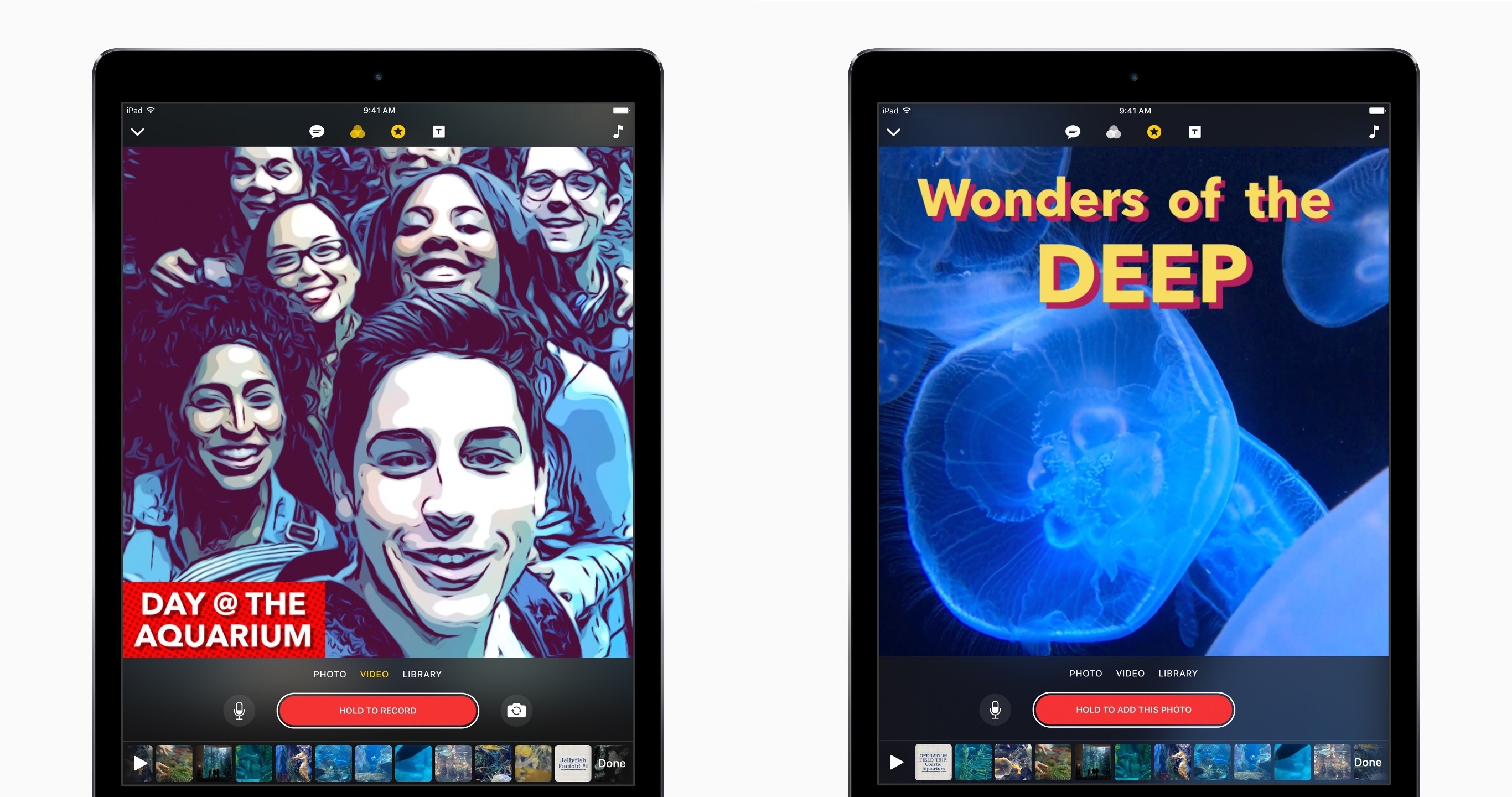 Clips is an interesting addition to Apple’s lineup of apps. It borrows heavily from a broad cross-section of existing third party apps like Snapchat and Instagram, yet it’s not tied to a social network of its own. Even so, Clips complements the iPhone and iPad’s camera hardware and involves Apple in the creative side of social networks.

To see the app in action, check out Apple’s preview site here.