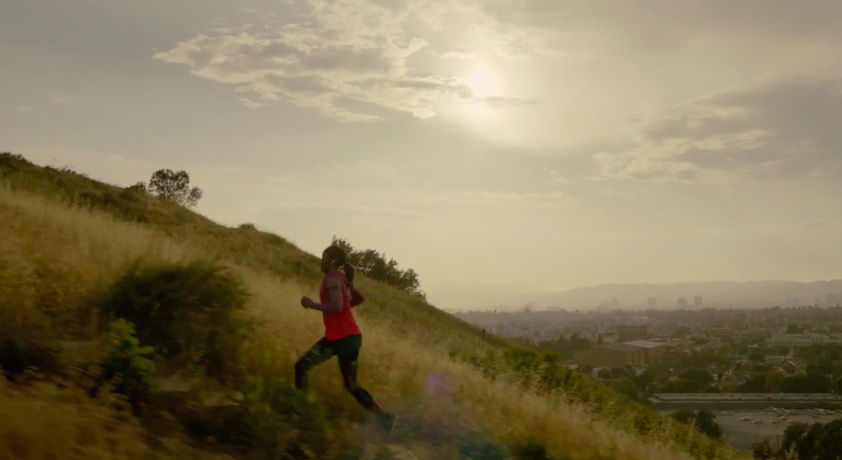 A new ad called “Strength” aired by Apple today shows off the iPhone as a fitness and health-tracking companion device capable of interacting with apps and accessories from third-party developers and hardware makers.

In the video, which is available on Apple’s YouTube channel, the iPhone fills various roles in the lives of people excercising, playing sports, or monitoring health stats: there are apps that act as dashboards of fitness data for a user’s history and progress; utilities that provide video instructions in real-time; and, integration with third-party wearable hardware is shown with a Misfit Shine activity tracker, a Withings smart scale, a Zepp Golf sensor, and a Wahoo bike mount.

There’s also a focus on iOS’ built-in features throughout the ad, as Apple highlights how Control Center can provide a quick shortcut to music playback or the iPhone 5s’ camera can record high-quality videos to rewatch excercises and assess performance. Portability is a factor at play as well: though subtly, the ad underlines how an iPhone can be held while running, fit into an armband, or put on the floor playing an instruction video while doing push-ups.

Apple’s message – which is part of the “You’re more powerful than you think” campaign – is that while the company doesn’t have a wearable device (yet), there’s a rich ecosystem of accessories and apps for a variety of activities that use the iPhone as a powerful and daily companion for sports, fitness, health, and other activities. The iPhone is a platform for existing wearable devices that become more useful with the power of apps, but there are also apps that augment fitness and sports in other ways – for instance, through video.

The ad follows Apple’s announcement of HealthKit, a new technology that will allow third-party developers to provide fitness and health-related data to Apple’s new Health app, which will act as a unified dashboard and aggregator.

You can watch the ad below.