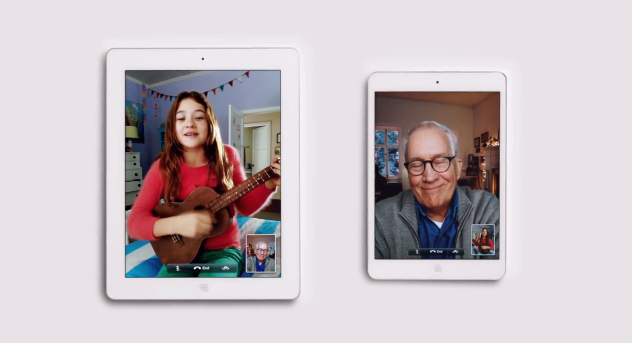 Just in time for Christmas, Apple has aired a new TV commercial for the iPad mini. Focused on FaceTime, the commercial shows a girl and her grandfather sharing a moment of holiday cheer with the girl playing and singing the classic hit “I’ll Be Home for Christmas”. As with the first iPad mini commercials, the device plays side-by-side with a bigger iPad, suggesting that, in spite of the smaller size, it’s just an iPad.

This isn’t the first holiday-themed commercial Apple aired this year, as just a month ago they launched “Turkey” to showcase the iPhone 5 and iOS’ Shared Photo Stream feature. A nice touch: there’s snow falling over the Apple logo at the end of the video.

You can watch the commercial below.