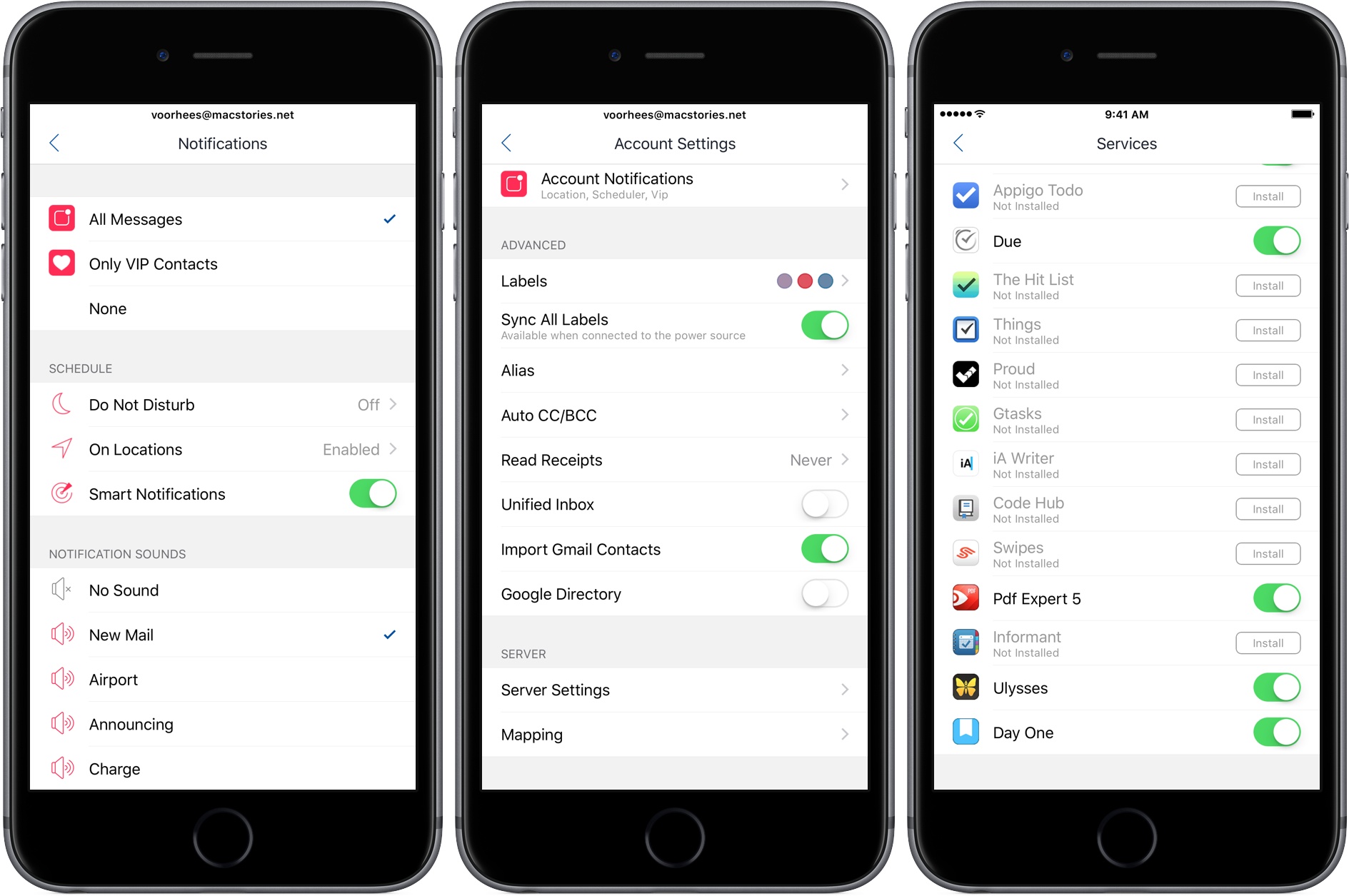 It’s been a busy year for Italian indie studio Bloop. Airmail for OS X has been around for a while, but Airmail for iOS was introduced just seven months ago as an iPhone-only app. A couple months later, Bloop brought Airmail to the iPad with extensive keyboard support and great new features like smart folders and saved searches, which was enough for Federico to switch to Airmail full time. Today, Bloop released version 1.2 of Airmail for iOS, which picks up where version 1.1 left off with some great new functionality.

One of my favorite features of Airmail is its integration with other apps and services. Airmail makes it simple to get information out of my email and into the apps where I need it whether that’s sending an attachment to Dropbox or the text of an email to 2Do. Version 1.2 adds additional integrations including the ability to send attachments to iCloud Drive and emails to Day One or Ulysses. Bloop’s expansion of integrations into even more apps and services is smart and should make the app appeal to an even wider audience.

Notifications have also gained new functionality. You can now turn on ‘Do Not Disturb’ on an account-by-account basis, which should be a great help to people who manage multiple email accounts. Notifications can also be tied to a location. I can imagine this coming in handy if you’re on vacation and don’t want to get notifications until you get home. Email senders can be muted, which eliminates notifications from those senders. Blocking senders is similar, but in addition to muting the sender it automatically archives the email you receive.

In addition to the foregoing, Airmail 1.2 adds:

Bloop has covered a lot of ground since the beginning of 2016. After having seen so many free email alternatives come and go, it’s reassuring to see Bloop continue to innovate and refine Airmail on iOS and the Mac and charge a fair price for an excellent app.