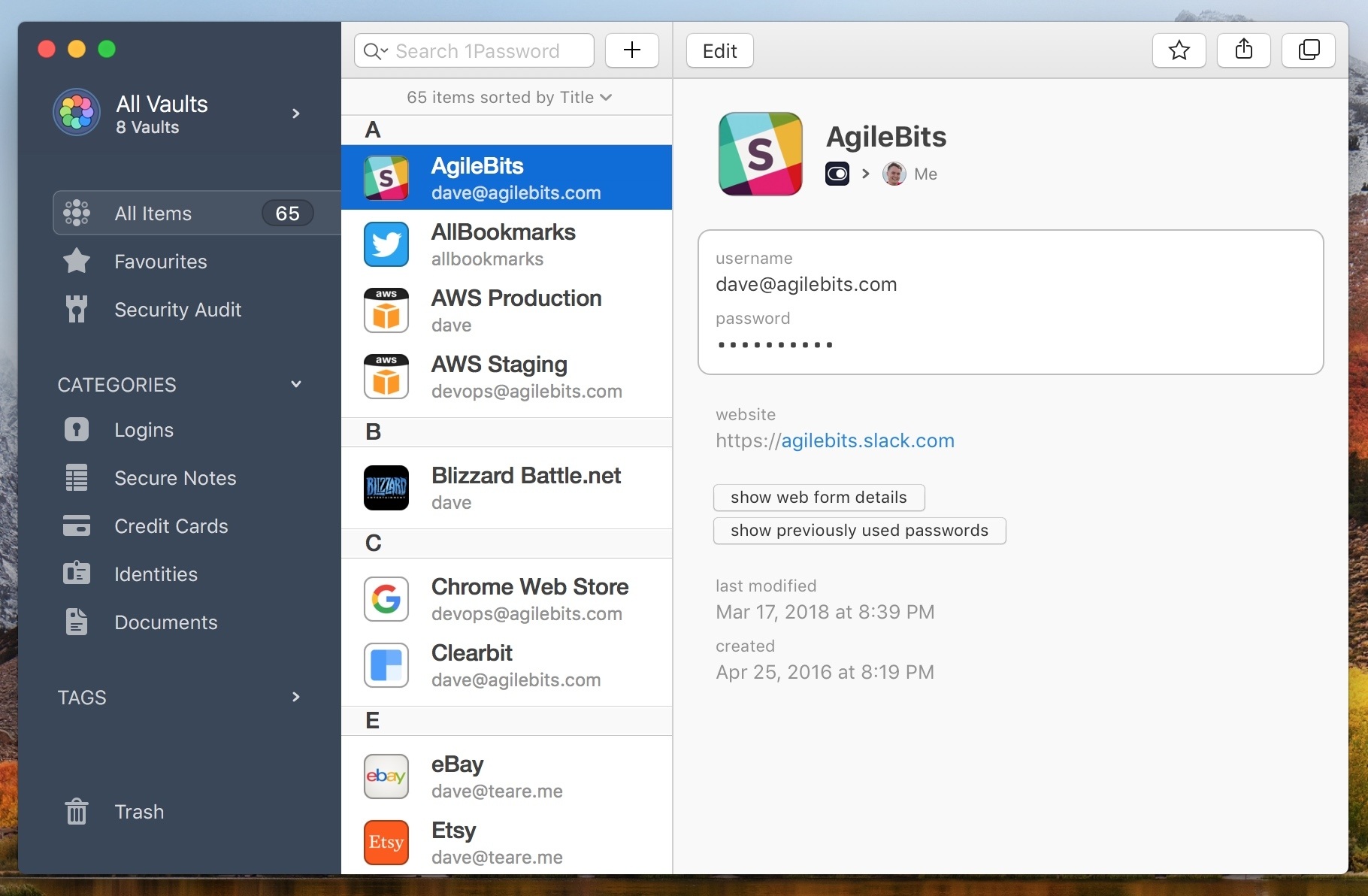 AgileBits has announced a public beta for the next Mac version of 1Password. The company says there are more features to come during the beta, but what was released today already includes many new features and a refreshed design. I particularly like the new dark-themed sidebar, which is reminiscent of Slack’s default theme. It has a more modern look and serves the purpose of focusing users’ attention on the selected items.

The newly-collapsible sidebar comes with enhanced utility too. You can drag items between vaults or onto the ‘New Vault’ button to create a vault containing the item you drag onto it. That should reduce a lot of friction if you use multiple vaults. You can also edit a vault’s name, description, and avatar from the sidebar.

I’m a fan of the Courier Prime font, which is one of a few fonts I switch between to write. AgileBits has added a custom version to 1Password called Courier Prime Bits that should make passwords more readable, so it’s easy to distinguish between characters like the number one, a lowercase l, and a pipe character.

In addition, the beta adds:

Even without the additional features that AgileBits expects to add during the beta, 1Password 7 for Mac is shaping up to be a big release. I haven’t had a chance to try the beta yet, and betas come with the usual caveats about bugs, but so far I like what I’ve seen a lot.