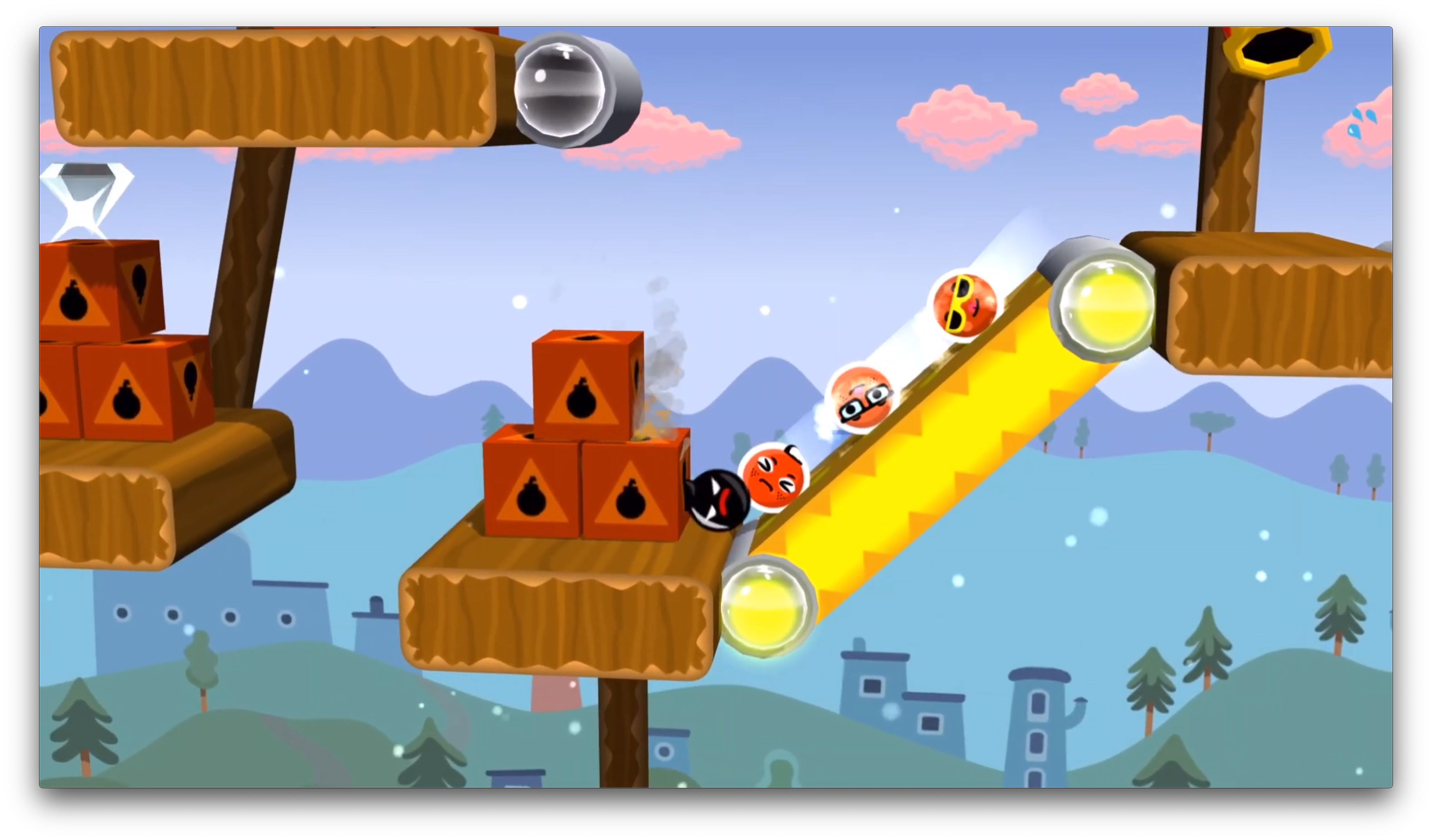 Rolando was one of the earliest break-out games on the App Store when it debuted in 2008. Millions of fans downloaded the game, which featured colorful round characters that you maneuvered through four worlds with the help of the iPhone’s accelerometer. However, as Federico highlighted in his story on app preservation last summer, the ngmoco-published title disappeared in 2017 when it wasn’t updated to support Apple’s 64-bit architecture.

Today though, Rolando’s developer, HandCircus, announced that Rolando is coming back on April 4th as Rolando: Royal Edition. According to a report by TouchArcade, the game is a remaster of the original title:

…beyond a beautiful overhaul with the brilliant 2.5D aesthetic of the game’s sequel, as well as the expected graphical polish to seamlessly fit into the 2019 App Store, HandCircus have actually overhauled a lot of the levels, interactions and mechanics across the game.

Today’s news comes close on the heels of the launch of GameClub, a startup that plans to bring unavailable classic iOS games back to the platform starting with Hook Champ. TouchArcade’s former Editor-In-Chief Eli Hodapp is GameClub’s VP of Business Development.

Federico’s closing commentary from last summer’s story sums up the state of game and app preservation and his hopes for the future well:

It doesn’t have to be this way. I want to believe that, over the next decade, Apple and third-party developers will learn to appreciate the history of the App Store. And that they will treat its back catalogue as something more than a nuisance with an expiration date. Because sometimes it can be useful, and perhaps even fun, to marvel at how far we’ve come by looking back at how it all began.

I couldn’t agree more. So many classic iOS games have fallen by the wayside and are now unplayable that it was heartening to see that HandCircus is bringing back Rolando and learn more about GameClub’s efforts. Two announcements isn’t a trend, but I hope it’s a sign that momentum is building behind preservation in the iOS game and the broader app industry. The time feels right to revisit these classics.

Rolando: Royal Edition is available to pre-order on the App Store for $1.99 and comes with iMessage stickers that are available today.