According to August data, Nielsen Company has reported that Android has passed the iPhone and Blackberry to become the most popular OS for new smartphones purchased in the past six months. Apple’s iPhone iOS and Blackberry’s RIM service are tied for seond place at or near 25 percent.

The data covers a period that includes a full-month of iPhone 4 availability. It also shows that Blackberry holds the largest share of the smartphone market with 31 percent of the market. 28 percent have Apple iPhones, compared to 19 percent who have Android devices.

Apple’s iPhone marketshare has remained mostly steady since the January 2010 findings, very consistent. While Apple’s marketshare is up by ten percentage points over Android, they are surpassing the iPhone in terms of new interest and adoption. Come on people, replace those Droids with iPhones! 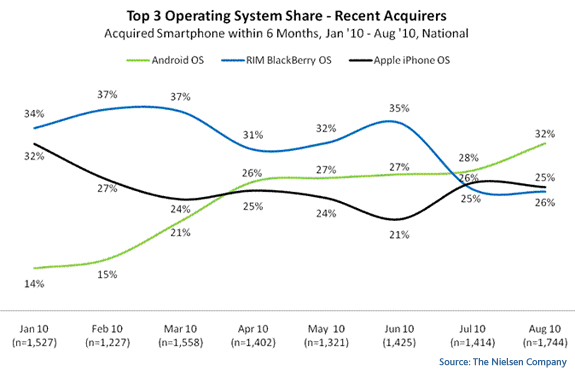 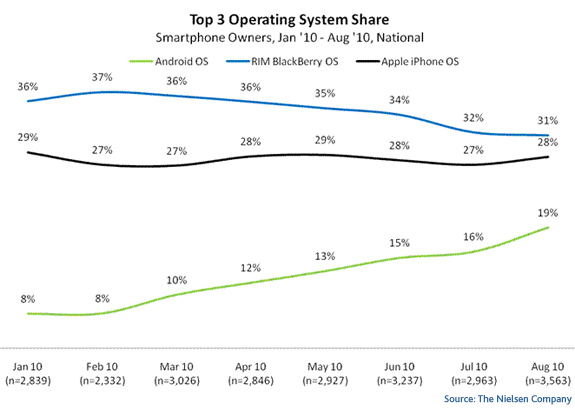