In yesterday’s preview of Lion, we were shown 4 new features: fullscreen apps, Launchpad, Mission Control and the Mac App Store. In the demo Vice President of Engineering Craig Federighi offered on stage, though, we spotted some neat little touches Steve Jobs didn’t mention, but they were there.

Here’s what we’ve collected so far. 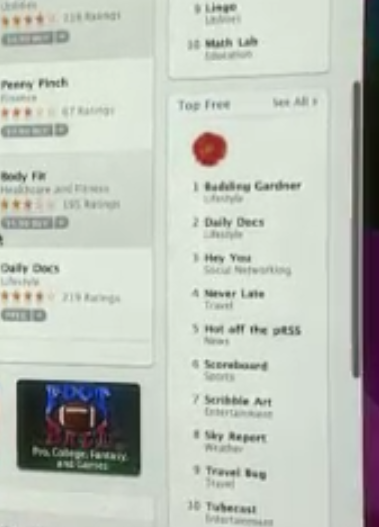 Isn’t that a typical iOS unread badge we see on the Mac App Store icon? A welcome graphical change, in my opinion.

Not really “missed”, but Steve Jobs quickly dismissed the feature by saying we all know what it is. Think about it: you’ll never need to hit the CMD+S shortcut anymore. Now I wonder if all apps will support this, or if developers will have to add some special magic to their code (Photoshop comes to mind). 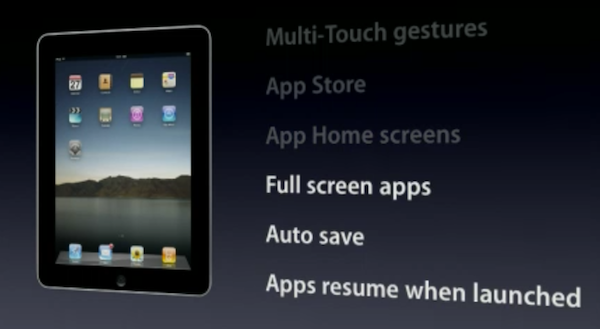 The Mac App Store sports new “traffic lights” button and a new tabbed navigation system based on “glyphs” in the top toolbar. Those glyphs can have badges, too.

You can create folders in the Launchpad just like you do on iOS. What intrigues me, though, is that those folders aren’t exclusive to the Launchpad (as it was just a “layer”), but are the same folders you have in the Finder. If you look closer, in fact, you can see how in the last page of the Launchpad there seems to be a Utilities folder with Podcast Capture (the purple icon), Network Utility and Grapher in it. That’s the same Utilities folder that comes pre-installed with OS X.

Does this mean every folder created in the /Applications directory in the Finder can be used in the Launchpad as well? What if Apple offered the possibility to specify a custom location to load apps in the Launchpad? 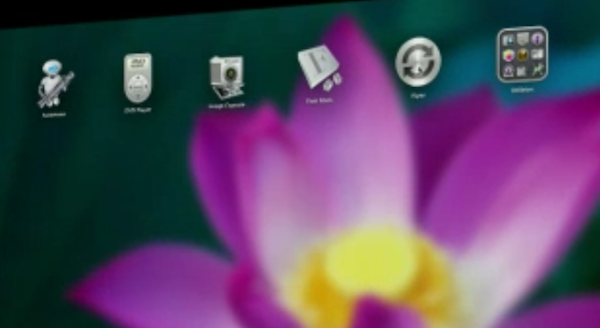 It’s a blurry screenshot and the window is tiny, but it looks like iCal is getting a redesign. 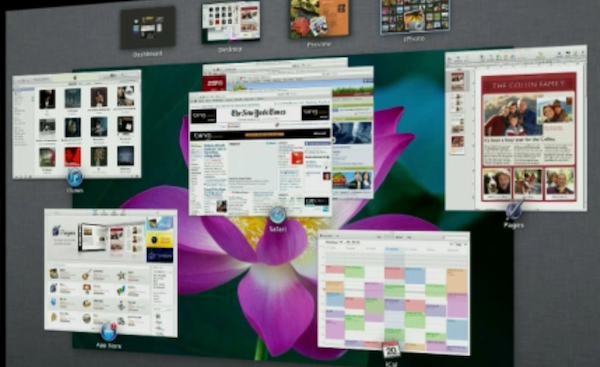 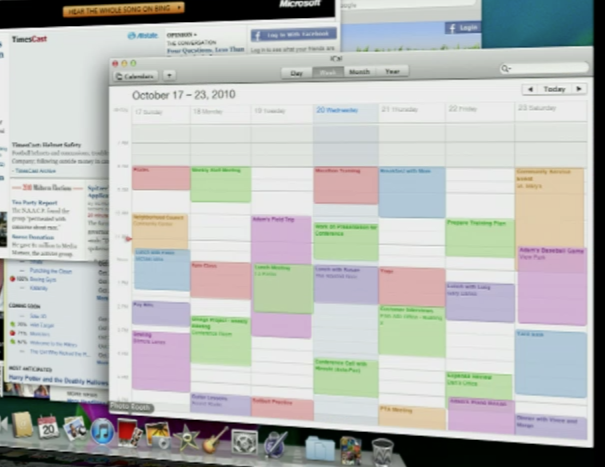 In the Launchpad and fullscreen mode, you can see Apple has implemented the same “linen” background already seen on the iPad (in Safari, for example).

iChat is still there

Many thought the lack of an iChat icon in the Dock proved the fact that Apple killed it, but iChat is still there in the Launchpad. I think it’ll be removed eventually and replaced with FaceTime, but the app is there in the demo. 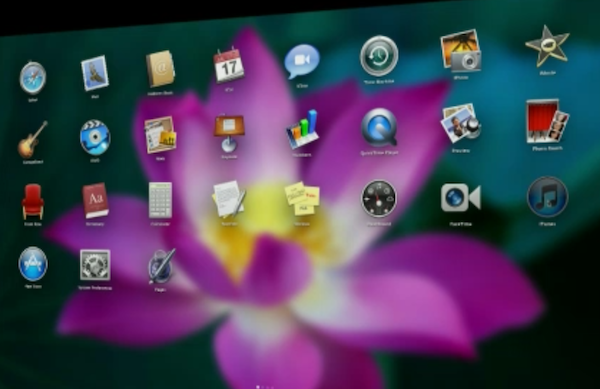 The new fullscreen animation and navigation between pages (in Pages documents and PDFs, I assume) is a thing of beauty. Watch the video again if you missed it. 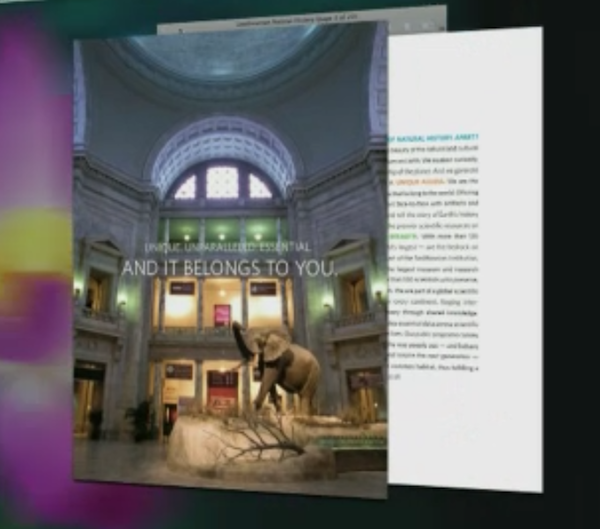 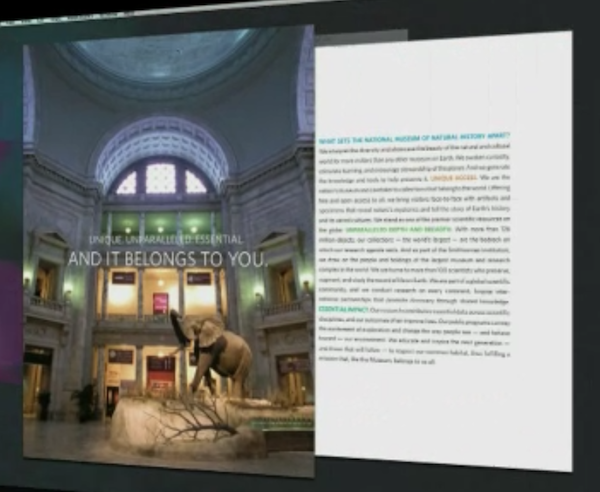 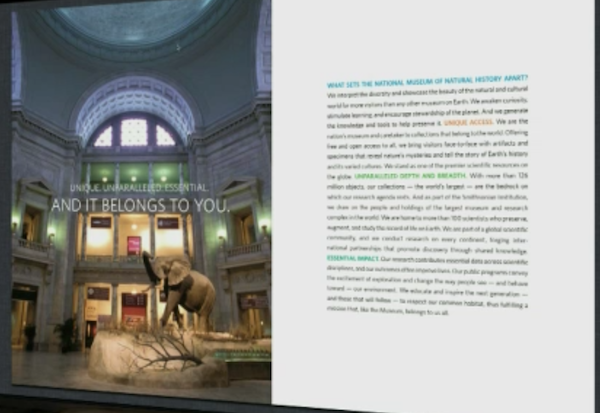 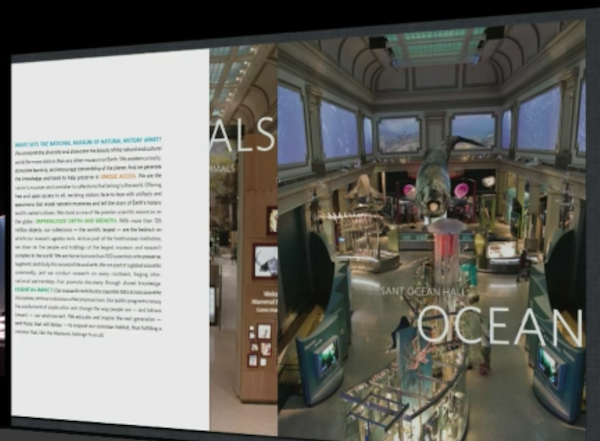