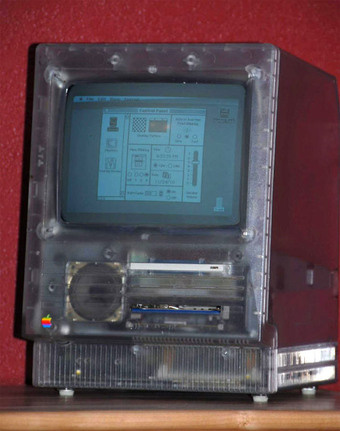 This Mac SE wasn’t meant for public release, it was a special unit designed for Apple’s employees – and most specifically, designers – so they could look at the actual components while using the machine. A transparent Mac SE coming straight from the late ’80s, sold on eBay for more than $25,000.

The item has been sold pretty quickly (heck, Jobs himself might have bought it feeling the nostalgia), and it comes from an ex-Apple employee who worked at the R&D team back in the day. Whoever bought it will have to boot it off of an 800k floppy, as the hard disk boot isn’t working anymore.

So, new transparent Mac SE owner: congratulations. You own a very rare piece of Apple’s history now. [Gizmodo via eBay]