Office To Follow Someday? Microsoft’s OneNote Comes To The iPhone 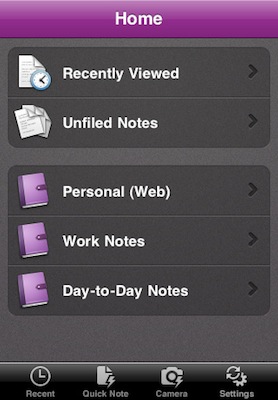 Earlier today, Microsoft released a new version of its note-taking application OneNote that’s specifically meant for iPhone users. The app is available for free (limited time offer) in the App Store. Even though this is no confirmation the full Office suite is coming to iOS soon, the arrival of OneNote on the iPhone sure suggests the Office team has been thinking about iOS apps. Even if Ballmer was disappointed at initial iPad sales (we wonder if he still is), rumors surfaced in the past pointed at the Microsoft Office team considering development of an iPad version of Office.

We know people care more about what they do than where they do it,” Microsoft Office unit Vice President Takeshi Numoto says in a blog post being published on Tuesday. “Whether it’s on a PC or Mac, a mobile phone or online through the Web Apps on multiple browsers, we continue to bring Office to the devices, platforms, and operating systems our customers are using. It should be about the ideas and information, not the device, right?”

Of course, OneNote is just one piece of Office–and one of the newer and least used of the main components at that. It’s also an interesting choice since OneNote isn’t available natively for the Mac. But, Microsoft seems to be leaving the door open to bring other pieces of Office to the iPhone.

The app can be downloaded for free here.