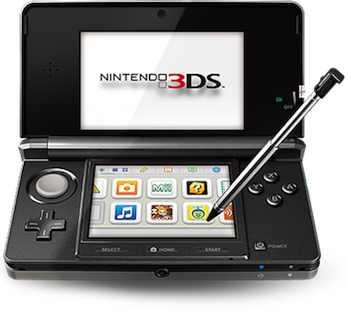 Electronista reports the sales of the Nintendo 3DS won’t match the ones of the original Nintendo DS, according to iSuppli:

Nintendo’s 3DS sales will never match those of the earlier DS line due to competition from Apple and Google, IHS iSuppli said this weekend. The 3DS would hit 11.6 million devices in 2011, but it would always lag behind what the DS line managed at the same point in its history, hitting 69.9 million systems versus 90.9 million.

I was one of the people who stood in line at my local videogame store in 2004 to get an early DS unit imported from the US (back then, games didn’t have regional restrictions), and I bought a DSLite and DSi after that. But something’s changed in the mobile gaming industry since November 2004 (when the original DS went on sale), and that’s the quick adoption of app stores and touch-based smartphones. In fact, iSuppli believes that the iPod touch, the iPhone and iPad are affecting the sales of the 3DS, which is struggling in keeping sales numbers up in Japan. Official numbers haven’t been released yet (they’ll be available later this week), but the 3DS is doing okay for now. It’s just that there’s a general assumption it won’t do as well as the DS in the long term, mainly because the market has changed to accommodate iOS and Android devices as gaming machines that also happen to do many other things – again, thanks to online marketplaces like the App Store. On top of that, DS games are still sold in cartridges at $40 whilst you can find thousands of $2.99 - $9.99 games in the App Store. And with digital downloads, you don’t have to worry about physically carrying around anything except, well, your phone or tablet.

There are a lot of factors to consider when comparing Nintendo’s portable consoles to iOS devices (personally, I don’t believe the console will die anytime soon), but it’s very clear that in this new market many users are playing games on new devices like the iPod touch. Nintendo will keep selling its 3DS models for years, but don’t expect those numbers to be as huge as the original DS.