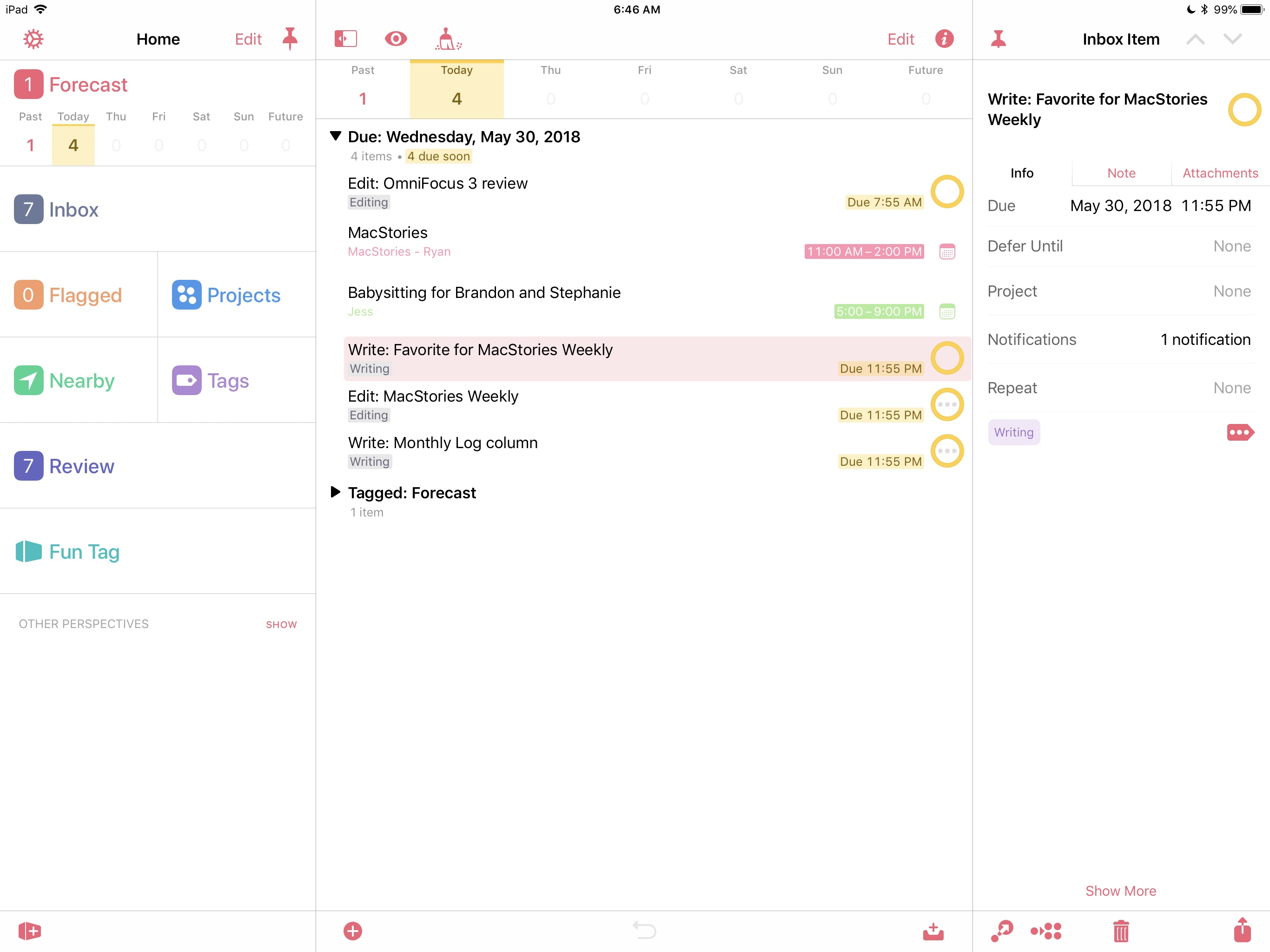 Next month, OmniFocus for the Web will launch as a subscription service for $4.99/month or $49.99 annually. In a post on The Omni Group blog, Ken Case explains that the subscription is necessary to pay the ongoing costs of the web-based version of the popular task manager:

Running it on our computers means we have to maintain those computers, their network connections, power, and so on, as a constantly available online service, for as long as customers use the product. Running that service costs us money every month, so if we want the service to be sustainable we need an income stream which brings in money every month to cover those costs. In other words, this service model requires subscriptions—an arrangement where customers pay us money each month to keep the service going.

In addition to offering a subscription to the web version of OmniFocus, Omni will offer the Pro versions of OmniFocus for iOS and the Mac as a bundle with the web version for $9.99/month or $99.99 annually. As Case further explains, the subscription is entirely optional. The Omni Group will continue to offer its iOS and Mac apps as separate purchases as it does now.

When a historically paid-up-front app introduces subscription pricing, there’s usually an online dustup of unhappy customers who don’t want to subscribe to the apps they use. Although Omni’s announcement was met with a handful of angry tweets, the reaction has been notably muted, which makes sense because the subscription isn’t required. Users who have already purchased the apps can subscribe to just the web service or subscribe to the service plus the apps. The only combination that doesn’t appear to be possible is subscribing to just the iOS and Mac apps.

Adding subscriptions as an option adds complexity to OmniFocus’ business model, but the upside is choice. Instead of migrating its entire user-base to subscriptions, customers can keep using OmniFocus the way they already do. They also gain the option to subscribe to OmniFocus for the Web when it becomes available in January. The approach strikes me as the right balance for an app like OmniFocus, on which users have relied since the earliest days of the App Store.