In my attempt of achieving the perfect paperless office, I tried a large number of OCR (optical character recognition) apps for Mac over time. For those of you not familiar with OCR, it’s a technology that scans any kind of document starting from a good-quality photo and extracts text from it. Text you can edit and save, no matter the language or characters used in the document. On the Mac, I settled with Prizmo, an amazingly powerful and good-looking app by Creaceed which can scan and organize your documents.

Last week Creaceed released the first iPhone version of Prizmo, which sports the same beautiful UI as the Mac counterpart and aims at becoming the ultimate OCR solution for iPhone users. I tested the app, and threw some documents in its database. Has the paperless office really gone mobile? Read more below to find out. 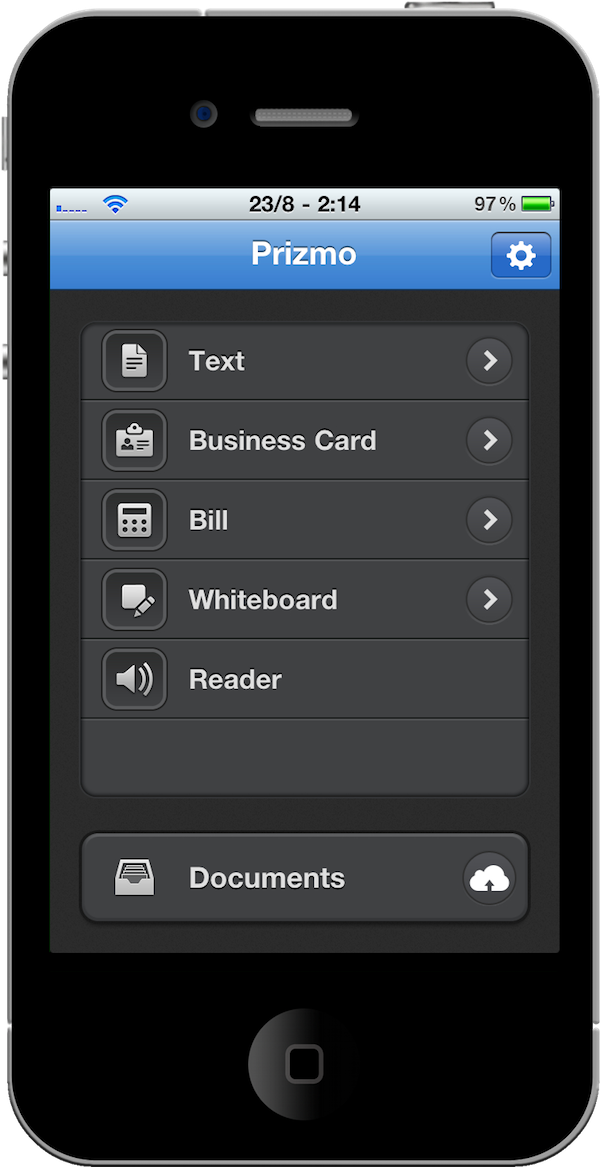 First off, the app isn’t really a database: it’s meant for exporting scanned documents and save them in online locations other than the app’s local database. Sure, there’s a Documents tab in the main screen: still, when you find out that you can email documents, or save them to Dropbox or Cloudapp, you’ll be tempted to export everything and achieve some kind of paperless office in the cloud. The idea sounds very cool. Oh yes, the main screen: it looks gorgeous. It’s organized in vertical tabs, with dark UI elements that make the white icons stand out and help you in easily navigate through tha various sections of the app. Attention to details and UI has clearly been put in every part of the app by the developers. Great job, Creaceed.

Before you delve deeper into the OCR features of Prizmo, it’s better if you take a look at the Settings: you can enable autosaving (useful) and the alignement grid, choose your preferred Text Encoding (seriously folks, choose UTF-8) and set up your Dropbox and Cloud app accounts.

Now, OCR. Does it work? Yes, with some considerations. I’m based in Italy, and the app seems to be “optimized” for US users. Still, the developers claim to support any language and even sell text-to-speech international pack as in-app purchases, so I decided to give it a try anyway. I scanned a couple of documents, a bill, a videogame description and more documents. I didn’t have business cards to test the app with. Scanning documents is a very easy three-steps process: hit Text and choose a picture (you can either snap a new one or pick one from the Library); optimize the captured image with tools such as Crop, White Picker and Perspective; get OCR results and save the newly generated text document. Done. 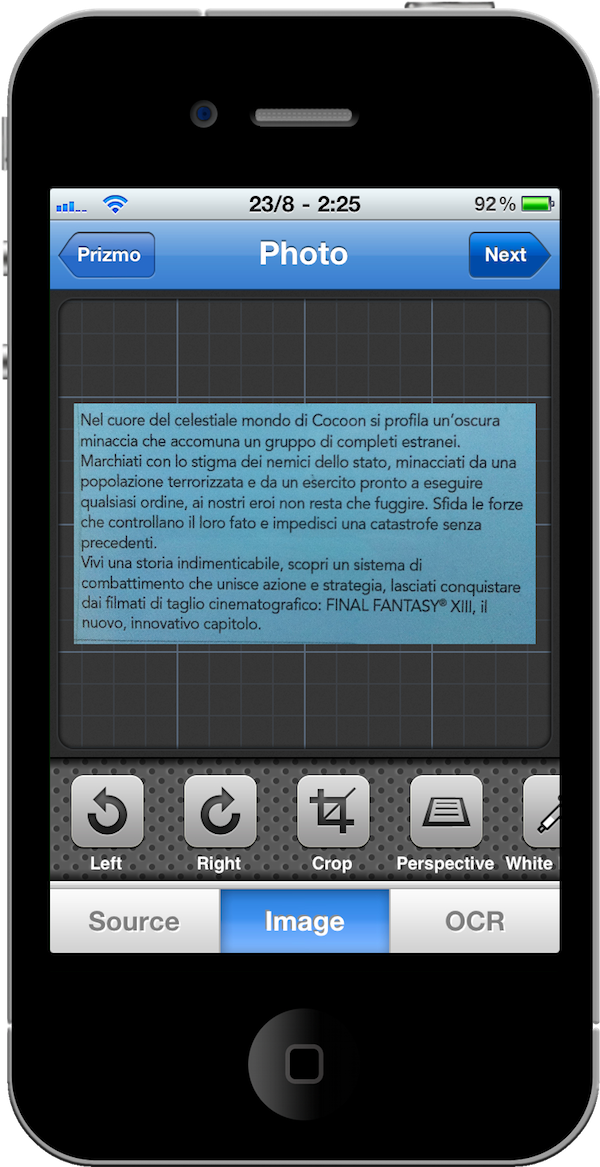 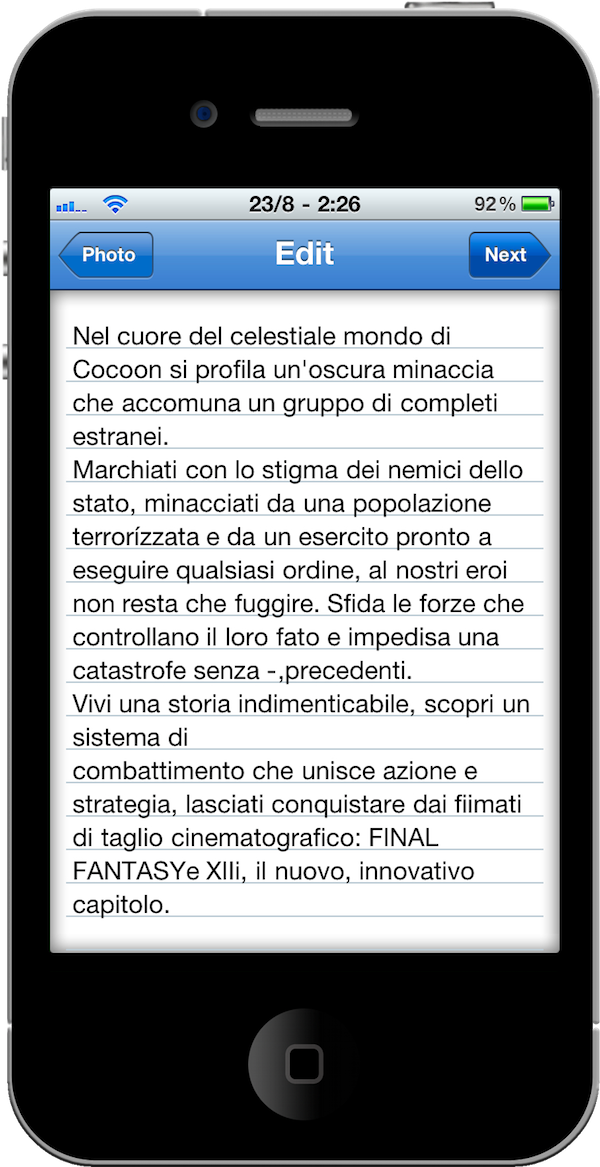 How did the app perform with my docs? With text documents, perfectly. I had to balance white and adjust perspective a little bit (maybe just because I’m a bad photographer), but after that Prizmo managed to capture text in seconds and provide accurate results. I don’t know if it’s a bug or an error on my end, but the app didn’t capture accents such as è or à. I know, it’s Italian stuff. What really didn’t work is the Bills capture feature: again, the app seems to be optimized for US users, as we have a different bill layout. Check out the “results” here.

What I really love about Prizmo for iPhone is the workflow: it takes seconds to take a picture, optimize it and get text. The developers nailed it with the interface (it’s intuitive) and the features Prizmo comes with. If you consider that this is a first version, and that an update with many fixes is already on its way, you’ll realize that not only the Creaceed guys achieved what they were aiming for (the best OCR app for iPhone) but they also shipped the best way to make the paperless office dream come true with a mobile device. Oh, and with cloud integration.