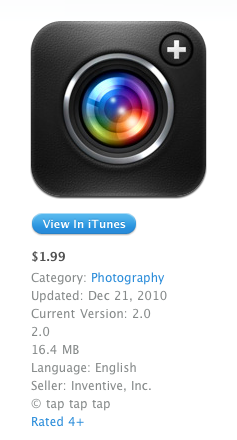 As announced by tap tap tap yesterday, here comes a new version of Camera +. Camera + 2.0 is a major update that contains a huge list of new features and interface improvements, such as a redesigned lightbox, faster start-up times, a timer shooting mode, lots of new modes and effects. From a first look at the app, it looks like one massive update – which is free for existing users.

I’m testing the app right now and I can already say the tap tap tap developers really did a great job in optimizing everything to make the app faster. The SLR screen has been removed to let Camera+ start up directly to the camera UI, just like Apple’s own Camera app. The various shooting modes are accessible from a popover menu next to the camera button, timer shooting mode will let you choose between different intervals before shooting a picture. It’s really nice. The lightbox animations are faster, each photo has its own details such as ISO and location, there are several new effects available under the in-app purchase “I love Analog” pack. You can adjust these effects with a slider, and preview them as demo.

Everything feels new and improved in Camera+ 2.0. From a first quick run, I’m seriously impressed by what tap tap tap has achieved with “just an iPhone app”. The interface design elements on screen sport some beautiful pixels, too. Most of all, Camera+ doesn’t “force you” to share anything, I see it more as a full-featured replacement of the default Camera app that allows me to edit and apply neat effects to my photos, or not. Camera+ 2.0 – but this was a strong selling point of the first version, too – lets you decide whether you want to shoot, edit and share, or just shoot better (thanks to its multiple modes) and forget about it. I like choices.

The app is available here. Expect a detailed review soon on MacStories. Full changelog and screenshots below. 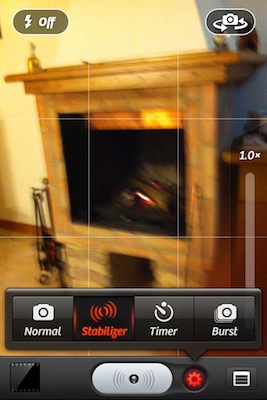 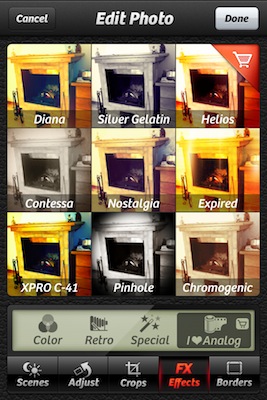 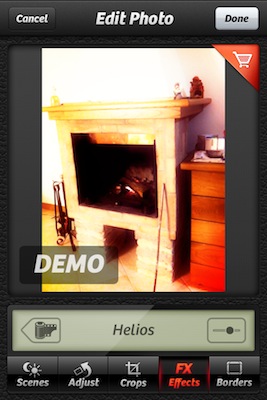 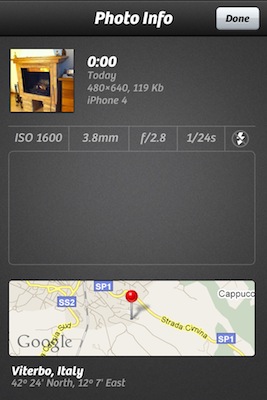 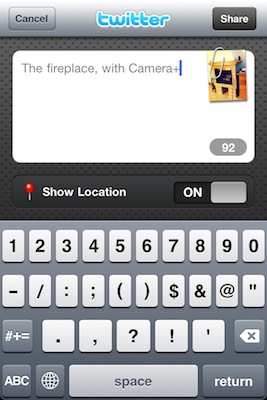 And many, many, many minor enhancements and bug fixes.